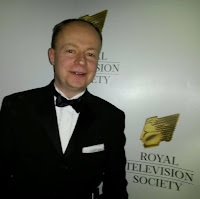 For a little while now, ever since moving more into the video editing, post-production side of things in my day job, (and had some minor success and praise) I’ve been meaning to start to build myself a creative “show reel”...

This is no mean feat, cramming what amounts to be several hours of full-length videos into a condensed “sizzle” of around 3 to 5 minutes… It’s still early days though, and for now, I’ve been gathering the material together, and thought it might be useful if only for my own “archiving” purposes to post up some clips here on the blog of how creative I’ve been getting in my day job of late. 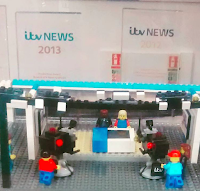 So as well as the clips I’ll embed below with short commentaries, I’ve also had the opportunity to expand on my scriptwriting leanings this past six months first by undertaking a free two-week Introduction to Screenwriting course which I’ve already mentioned back in February but will blog a lot more about in a future post).  This was through the University of East Anglia and their “Future Learn” initiative.  The second opportunity came recently via my work at ITV by attending a storyline workshop day for Coronation Street.  As it occurred, I was actually the only ITV employee on the workshop – there was a mix of students, former scriptwriters for different soaps and other interested creative writers – about 25 in all – and we all sat around a huge boardroom style table, the type you see in script read-throughs for behind-the-scenes clips on TV series like Dr Who.  The day was brilliant and I went from being a rather timid scribbler, feeling quite intimidated by this setting at the beginning of the day, to a loud and proud writer who pitched at least three story ideas for the Street’s characters to the gathered crowd.  It did wonders for my confidence and I’ll try to do something like this in the near future again if I can create the opportunity. 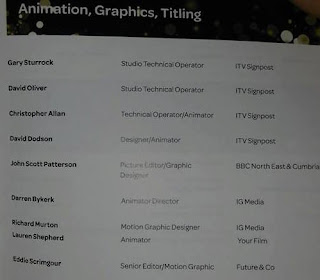 Just to round out the more wordy part of this post, the "minor success and praise" that I referred to at the outset for my film-editing work is that this year my department at ITV nominated myself and some colleagues for a Royal Television Society Award in this year's annual Northeast ceremony.  It was a major honour for me, still feeling very much like I'm at the beginning of my career in this field, and even though our department didn't win anything for the editng category this year, I'm aiming to submit material once again next year...

Hence my ambition to put together a showreel of my animation and editing achievements so far...

My most recent and most complicated Adobe Premiere Pro edits are two promotional pieces for ITV Signed Stories I used the live-action green-screen film and animated elements and creative captioning to bring these "short stories" alive. I also love playing with sound effects and these two pieces gave me the opportunity to add in more complicated audio edits too - from slowing down the Signed Stories theme music at the beginning of the Spooky promo to adding adventurous whips and rocket-pack zooms...

The video directly below is a "Behind the Scenes" look at the whole team at Signed Stories -
I appear briefly at my edit desk towards the end of the video but it really shows all of the components that come together and teamwork that goes into making one of our finished accessible digital stories.


Probably my favourite Signed Story to date is this one "The Black and White Club" originally written by Alice Hemming.  The story is all about inclusion and I responded to the strong message in the tale with what I think is my strongest animation to date (again, all done using Adobe Premiere Pro key frame tools).  I brought some animation outside of the animation box too, so that ants climb around the leaves at the bottom of the screen and butterflies flutter around our signer-presenter.


Traditional fairytales are interesting to tackle because they've been done so many times before.  I tried to approach this without thinking of other animated versions, but had a lot of fun creating Cinderella's world and the panic she feels as the clock strike's midnight.

I do try to get into a "cinematic" mindset when I'm animating, and with the Going on a Plane story above I tried to show this through layers as the plane takes off and lands but the skyline and clouds stay on a horizontal plane, plus, as the camera pulls back from the plane window to reveal the boy reading in his seat.

Often, my editing work comes in pairs for Signed Stories - sister books like Just Because and Sometimes by Rebecca Elliott are brilliant to work on because you get to establish themes between the two edits and use similar transitions to link the digital stories, just like the original author does with the words and pictures on the page.  These were done with a mixture of Adobe After Effects (which I'm still learning to use) as well as Adobe Premiere Pro (which I feel more accomplished in!)


Again, these two Elmer the elephant stories came along two-by-two for Signed Stories and it's great to take ownership of a series like this when film-editing.  The brief as always was to use "simple pan-and-zoom" animation techniques with some additional cut-out and key-frame animated elements to bring the stories alive.  I attempted to create a jungle-feel to the whole look of the two pieces, using branch cut-outs from the original books to "layer" up and attempt to create a sort of three-dimensional look.  I also learned a lot on these stories about how creative cut shots can be used to create movement - especially seen in the skimming stones scene with Elmer and his grandpa.


I do love spooky tales (as you'll tell from the second video in the list above!) and these two stories from Maverick Books fit the bill when I was tasked with animating them.  Again I tried to create filmic pans and zooms, attempting to replicate the look of a "zolly"or dolly zoom which is often used in thriller and horror movies, all to up the tense atmosphere at the beginning of the stories (before the lighter elements come in to make these unforgettable kids tales!)

about writing day jobs writing and the Web