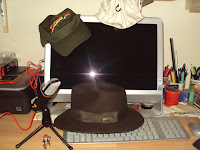 Have you ever listened to a podcast? “Audio scribbling” is something I’ve dabbled with over the past few years here and there but for the past decade or so I’ve been listening to various podcasts – some put together by fans of films franchises like Star Wars and others made by established authors who often use the sound waves to give advice about stepping into the writing world. 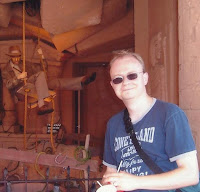 One of my favourite podcasts has always been The IndyCast (for obvious obsessive reasons!) and for a few years I’d contemplated sending in a demo for a “UK-centric” segment of that podcast, since it is hosted by an Australian, with contributions from all around the world, from America to Switzerland, to name but a few countries, making this show a truly international affair.  What I felt was perhaps lacking though was a distinct British voice, considering all of the original trilogy of Indiana Jones films were made in Britain. 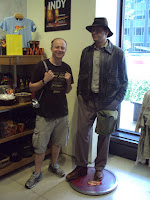 So it was mid-way through 2015 that I sent a query over to Ed Dolista who runs The IndyCast and asked if he’d be interested in me sending in some material.  Well, life as usual got in the way for a good few months after that but by April this year I was finally ready to launch “IJ in the UK” which focuses on any aspect of the Indy universe (from the movies to the books and even the TV series) that has a UK link to it.

So far I’ve produced a half-dozen UK segments on themes of British characters in the movies, music specials on UK radio which have focused on the work of John Williams who composed all the Indiana Jones film soundtracks so far, and even focused in on some of the major players of the crew of the original films like Director of Photography Douglas Slocombe. 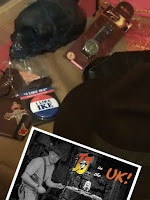 Researching these shows is a task in itself sometimes but is half the fun.  The other half is developing my author voice, having to think about how I will deliver these short radio shows, often with added sound effects and music laid under my own spoken words, but I do think it’s all good practice for when (hopefully) I one day have to stand up and deliver a reading or author event about a fiction book that I’ve had published.  So that’s why I’m filing this blog post under the banner of an occasional series that I’m loosely calling “Finding my Voice” (over the latter part of 2016 and certainly into 2017).  It’s a creative journey which I’ve shy-ed away from for a long time, preferring to concentrate on my written words, which is comfortable and familiar, rather than venturing into practicing the unfamiliar and downright uncomfortable territory of standing up in front of an audience and letting creative words (albeit, rehearsed) spill out from my mouth.

I’ve sub-headed this blog journal “It’s all about the adventure” and if my own childhood hero of Indiana Jones can inspire me to take risks of putting myself out there and daring me to fail on this particular adventure of my own lifetime, I might just get to a point (with practice) where I’m a lot more comfortable with standing in front of an audience and speaking in public… Only time will tell, and there’ll be more on this, as already said, in the months to come.

For now though, here’s a handy show list of my IJ in the UK segments to have a listen to. I think as each one progresses you’ll hopefully be able to hear a marked improvement in not only my audio editing skills, but also my presenting voice and delivery…