Showing posts from December, 2010
Show All

"A long December" - final thoughts to a unique year... 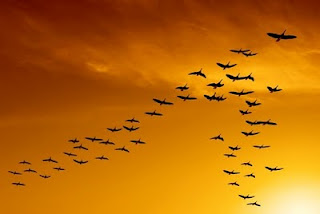 # "Another turning point, a fork stuck in the road... Time grabs you by the wrist, directs you where to go... # - Green Day To paraphrase an old sitcom here in the UK, “It’s b een a funny old year…” because, looking back, the 12 months that made up 2010, for me, marked a period of my life that I just couldn’t have predicted this time, back in 2009. Of course, I’d like to be able to say that this is because I’d finally found a literary agent for my writing (a process I began late in 2009) – but that particular “Road” rumbles ever onward on my horizon… Still, though, it’s been a bit of a life-changing year, what with being made redundant from my long-standing job of around a decade and (thankfully) finding new employment which I’m very happy to be in , rather than just settling for the first thing that came along… But I can’t indulge in too much reflection here – partly because that’s the job for my first post of the new year in 2011 but also because in general, I tend to
Post a comment
CLICK HERE TO READ THE REMAINDER OF THIS POST!
More posts