Showing posts from July, 2016
Show All

The time has come, my friends, to talk of ALL these things... (10 years of the Writing Blog!) 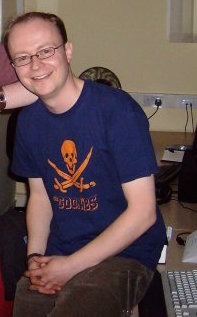 # "I wish it was last September, s o we could lose ourselves in crowds everyday..." - Ben Folds C.G.Allan circa 2006! 2006 was a very good year… It was also a very different one too – and a vastly varied world to that of 2016.  There was no instagram, Twitter was only just getting going and a younger scribbler C.G.Allan was only a year out of graduating from an MA in Creative Writing  and was busy tinkering with his first novel which he’d started on that course and was wondering how to take his writing to the “next level”… It was also around that time that an old school friend and fellow amateur scribbler (and still best friend, I might add) suggested I get “one of those blog things” and I began to read a little about what exactly an “online journal” was .  It was around early 2006 too that I realised I wanted to create a website for my various first attempts at creative writing - partly to make a record of these for posterity but also to create a base for any r
Post a comment
CLICK HERE TO READ THE REMAINDER OF THIS POST!
More posts