Showing posts from November, 2007
Show All

The Challenge Of Things To Come... 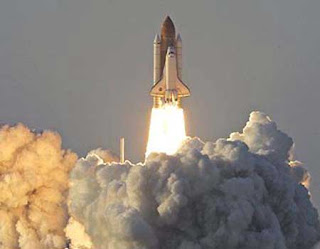 # "It’s lonely out in space on such a timeless flight" # - Elton John "Zip-Zap-Zupow!" It's launch time... Are you ready? We are a-go for take-off... Back in January this year, in my 2007 preview post as well as in my 2007 "Coming Soon" stories post, I promised that come the late Autumn and year's close that there'd be the launch of a new "spin-off" series of space stories from my main novel of Moon Crater ... (I love that word "launch", especially since it ties in with the sci-fi aspect of "Moon Crater Adventures"...) So, just what are these stories going to be about? Well, for a long time, probably since I first began to blog I've had the crazy wild-eyed notion rolling around in my noggin about using a webpage with multiple-choice links to create an interactive online gamebook ... I used to love borrowing books of this kind from my local library when I was around the ages of 8 to 14, be they &q
Post a comment
CLICK HERE TO READ THE REMAINDER OF THIS POST!
More posts