Showing posts from March, 2016
Show All

In tribute of a lost globetrotter... 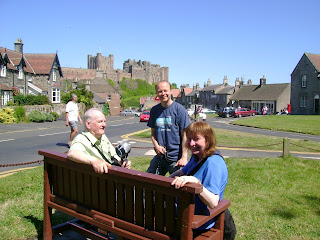 # If you’re going to San Francisco, you’re going to meet some gentle people there…” # - Scott McKenzie Since I was young there’s been many figures in my family who’ve stood out and been influential on how my own personal universe has been shaped.   I’ve talked about an unforgettable uncle on my dad’s side before called John  but like every family I’ve had other people growing up who’ve not necessarily been blood-related but who we’ve still thought of a close friends.   Unfortunately this year, we’ve lost one such family friend who I actually thought of as an uncle and who my brother kind of looked on as a grandfather figure since our grandparents died when we were both quite young.
Post a comment
CLICK HERE TO READ THE REMAINDER OF THIS POST!
More posts