Showing posts from January, 2007
Show All

Get in for the trailers before the main feature begins! 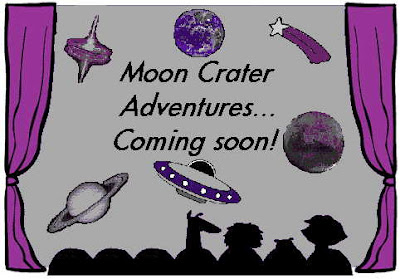 # "If dreams are like movies, then, memories are films about ghosts..." (Adam Duritz) I love film trailers... If I'm ever going to the cinema with friends I think I'm a bit awkward when I say that we absolutely must be in the screen and sat down comfortably, popcorn and drink already purchased, before the previews for upcoming films start. For me, it's all part of the cinema-going experience. (And with the cost of a cinema ticket now, it doesn't seem as if you're getting your money's worth if you don't see the trailers too!) Film trailers in themselves are like mini-movies - a lot of the time they admittedly include scenes that aren't actually in the film they're previewing - but I'm definitely a trailer addict. I remember going to Saturday morning screenings at our local Odeon cinema in Newcastle with my brother when we were younger, and more than the film we were going to see, we would be itching to see the trailers of future re
Post a comment
CLICK HERE TO READ THE REMAINDER OF THIS POST! 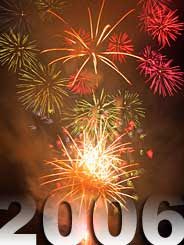 # "Turn the clock to zero, boss, the river's wide, we'll swim across - started up a brand new day" - Gordon Sumner Happy New Year, everyone! So, how was your Christmas holidays, then? I saw lots of family and mainly had a restful time - this was a sort of "forced" rest due to the fact that I had a chest infection which I'm still feeling the effects of even now, but it was a rest nonetheless... This respite over the holidays also helped me to think back across the last year and take stock of my writing efforts thus far through my blog, whilst still looking forward to what I hope to achieve in this new year. So in an effort to encourage me on towards new writing goals I want to set down in this post a sort of review of the past year and a preview of the shape of things to come in the hunt for the Missing Reel in 2007...
1 comment
CLICK HERE TO READ THE REMAINDER OF THIS POST!
More posts