"Unfinished Tales" and other "Talking Titles"... 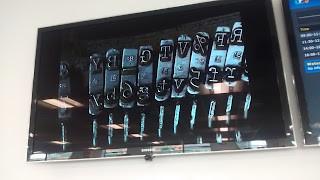 As a writer or just as a reader, I love the idea of ‘lost’ or unfinished tales of an author I’m particularly fond of.  A little while ago I bought a copy of Arthur Conan Doyle’s The Narrative of John Smith which was billed as a “lost tale” of his and published by the British Library (another place with ‘lost books’ I just have to visit if I’m ever in London) and whenever a new Bernard Cornwell book is released, I enjoy hunting out the “sampler” chapters that Waterstones here in the UK releases as teasers to the main book.

As to my own “sough-after” tales, way back in 2008, I posted here on the blog about a disastrous event that befell me when I mislaid a notebook of stories I’d been working on throughout that year.  And to this day, almost ten years later, I still have nightmares where I awake in a panic, wondering just where that pocketbook now resides… 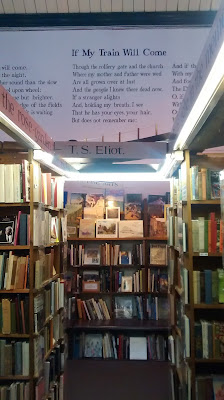 I guess that’s why I like secondhand bookshops so much – it’s the idea of discovering something elusive (and exclusive!) – that’s the real magic of books for me.  I met my wife when we first volunteered for a charity secondhand bookshop and now we have our own library at home, pretty much stocked full of old books, proof copies and signed editions.  We both particular adore Barter Books in Northumberland – I go up a few times a year and would recommend a visit if you’re ever in the far north borders region.  Bookshops (and libraries) seem to be increasingly under threat these days (although the onward march of the e-book seems to have slowed to a stroll now), so if I ever see a secondhand bookshop anywhere on my travels, I always try to go in and browse what’s on offer, just to try to support them a little.

Having said all of that about exclusive tales and disappearing stories, I do hate the idea of “unfinished tales” (admittedly my notebooks are choc-ful of these!) but as the year progresses, I’m furthering my plans for a forthcoming first collection of short stories. These “Tales from the…” (title to be confirmed at a later date!) would be just lost, some even unfinished, if I didn’t work on them now for the new drafts to make it into this collection.   There’ll be 10 stories in all, some have appeared on my Official Writing Homepage and some will be exclusive to this print and e-book edition.  I’ll keep posting updates here to this as it evolves towards the end of 2016.

So to the other part of my cryptic post title here - just what is a “Talking Title”? Well, as an aspiring scribbler I love to think up stories like any other writer (I suffer from the “terrible” affliction of having ideas all the time), and sometimes stories form with no obvious title and that’s when my writerly brain starts to talk to me and a discourse opens up about just what the right title might be… It’s the same with that book of short stories I’m working on – I’ve now settled on a title but leading up to that epiphany, I wrestled with some awful names but maybe that’s just a process you have to go through – a bit like drafting and redrafting the main story, a title needs careful consideration too.  So that’s what I meant with my title of “Talking Titles” for this post. 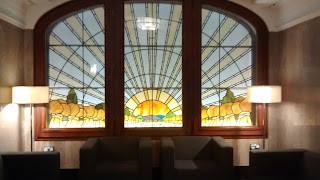 It feels like I could write more on this odd authorial subject, and I probably will at a later date, but I quite like the idea, for now, of leaving this particular tale unfinished, without a definite full-stop at the end, so that the book isn’t truly closed, and a sequel could be scribbled down in the future, so until then, why not start an unfinished tale of your own? Even if you don’t have a title for it yet – all you need is the seed of an idea – and don’t worry about a name for your story, the title will talk to you as the narrative marches on – trust me, I’ve written and finished plenty of stories that way!
Email Post
Labels: about writing New Stories sci-fi writing and the Web