I turned 33 this month… You 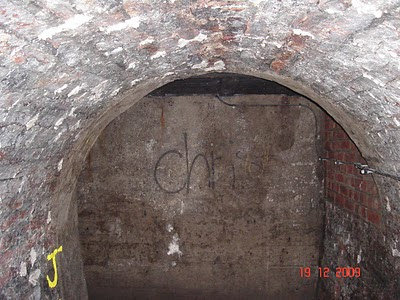 probably can’t hear it, but as I read that first sentence back to myself there’s a sort of dramatic horror-type piano chord playing. I’m not usually one to get caught up in the whole “dreading getting older” mindset and I actually look forward to getting wiser with my encroaching years (even turning the big 3-0 didn’t scare me,… that much!) But for some unknown and un-pin-downable reason, 33 seems to be an ominuous number to reach…

I think one of the reasons is that with each "biggish" birthday I've enjoyed the fact that in my own head, I can reverse the digits and feel like I can still act the age of those turnaround numbers (21 became 12, 30 was 03!) but reaching 33 it's the first real time that I've got to an age year and properly realised there's no way to mentally escape my actual age any more... (turn around 33 and I'm still 33!)


"Growing up" is a strange phenomenon, especially for a writer who wants to write kids books - I desperately want to hang onto my childish ways of collecting comics, carefree never-ending summer days and not worrying about the morning alarm clock, but I also have this dual-personality of a frowning adult who's got a mortgage and grown-up responsibilities. I'm lucky to have a supportive partner in life, in my wife, who adores books of any kind and even encourages my "childish" or youthful spirit. This is because we both ARE still young, of course, but it's also because we both know that there's still a place and need for the wild imagination flings of our childhood days in the ever more stressful and serious days of adulthood. 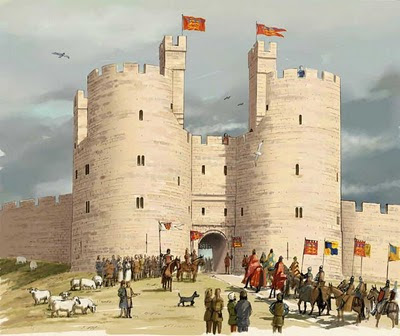 beat any birthday blues! We had planned to then go for an afternoon walk around my favourite castle in the area, Dunstanburgh, but play was rained off, northern style, so we drove back down part of the Northumbria coastal route via Amble and I was able to cast my mind back to countless childhood holidays past on a caravan site there (the smell of the peat being burned from houses in that town never fails to evoke these warm memories...) Sadly, my 33rd birthday also marked my farewell to some old friends – after 15 years or so of using the same walking boots for countless adventures across Ireland, Scotland, around Heavenfield, Devil's Water and the Roman Wall, and epic journeys in Western Europe, Canada and Japan, my trusty treads had given up the ghost and it was time to hunt out some new hiking boots with some of my birthday cash...

Even though I've got this slight "33" paranoia, I still can't help but recall that classic song with the line "Three is a magic number" ("3" certainly was last year for the anniversary of my creative writing web presence!) so I did a net search of what could make 33 so charmed and here's 3 of entries that particularly caught my attention:

From that last entry, you might be able to gather I’m a big fan of TV 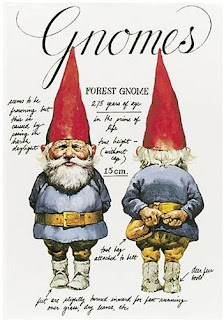 shows (but particularly obscure ones and those that usually got cancelled quite quickly!). One I recall fondly is from the early 90s called “Time Trax”!) – a bit like Time Cop, it involved 'bad guys' trying to turn back time and change the past... I know if I had the chance to track back through time, I definitely wouldn’t change anything in my 33 years up to now and I'm really looking forward to the next 33 - but my only hope is that I’m a more prolific writer in those next three decades or so, because I feel that starting my creative scribbles back when I was about 23 was a bit too "late in life" to begin trying to be an author… (Funnily enough, 10 years ago when I turned 23, myself and some friends had just completed work on our first "gnome" feature film - but that's a whole other story, still waiting to be told...) I guess, ultimately, turning 33 I realise all too well that the bell’s tolling for me to “grow up” but I’m holding on for dear life (and probably always will) to my childhood memories and youthful fantasies as I dredge my imagination to create stories for younger readers... (starting this year with "Moon Crater Adventures": Simulacrum and of course "my history mystery”!)
about writing history memories New Stories sci-fi travel writing and the Web