On The Road To Publishville # 3 - "The Literary Agent & Publishing House"

Well, the moment’s arrived for me, at long last (10 years to be exact!) and I’ve come to the oft mythical place I’ve seen in my head where I’d be in a position to send off a sample of the completed manuscript for my first novel to the potential literary powers-at-be out there… So that’s the hard work over with, right? Well, no, actually, because as I’m constantly finding on this long and winding “Road to Publishville”, the easy bit is over with and now the hard work is probably just beginning…

So now the “Road” in front of me really does fork. There’s potentially three different ways I could go now. The first is one called “vanity publishing” (literally to go down the route of publishing the book myself) and it’s perhaps one that would seem obvious since I’m fairly webwise nowadays, using blogspots and web pages to put my short stories on the Net… BUT, and it’s a very big BUT, my aim with my writing has always been to carve out a career as an author, moving on through various rungs of the ladder as I see it today. And although, I DO use web tools a lot to talk about my scribbles, they are a means to an end and are very much just that - “tools” to get me somewhere – and that is to be represented as a published author, where I might one day be able to walk into any bookshop and pick up one of my own novels…


With that first branch of the Road eliminated and forgotten about, the next question nowadays seems to be, do you submit your manuscript direct to a publisher or t

o an agent? Traditionally, it has been direct to publishers but less and less these days allow this now – lots of them mark their websites and listings in the publishing handbooks out there as “no unsolicited manuscripts accepted”, which basically means, no submissions straight from an amateur author (they want you to be represented by an agent). There’s also what’s known as the dreaded “slush pile” to contend with if you decide to risk it and just send off your book direct to publishers – imagine multiple skyscrapers of manuscripts littering a publisher's desk and then just consider that yours might not necessarily be anywhere near the top of the pile to deal with any time soon…

So, for my money, (and this is of course my own personal choice, it’ll be different for everyone) 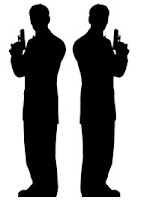 I’ve decided I’m going to approach literary agents instead of publishers direct – this is after considering all I’ve set out above but also once again because of the fact that if I want any chance of building a career in creative writing at all, I’ll need an agent anyway in the long run! I think the reputable ones are only supposed to take money from you once they sell your book to a publisher – then it’s generally between 10 and 15 percent commission, nowadays… But this is really worth it because they’re meant to have all the contacts an amateur like me just doesn’t have with book places and they have even been known to help writerly types with keeping accounts and matters of taxation, apparently.

Once I decided to go down the agent’s route, it was a decision of exactly which one(s) to send to, and that’s where an invaluable book came in useful – since about 2005, the CHILDREN’S Writers & Artists Yearbook has been published on an annual basis around each October time in the UK, and you need a copy of this if you want to find out who’s who in the world of younger reader publishing… (the only drawback is that you get repeated articles from the previous years about kids writing, but the 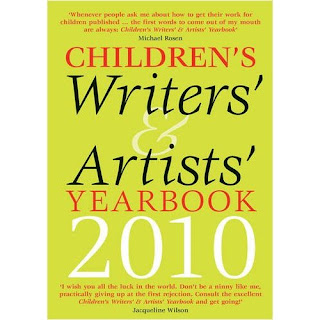 article number grows too, and so does the size of the book, but thankfully the cost is still kept pretty much the same!)

Using this resource as a starting point, I used the list of UK literary agents in the book to circle an initial list of (in my case 13) likely agents who I seemed attracted to (some of the reasons were random, some stronger than others, but you have to chose somehow!) and then I sat with the list for a little while, eventually dwindling that list to my favourite three. This shortisting process was a more focused one and one of the major factors that ultimately attracted me to these three was that they were ALL asking for submissions via email, rather than in a hard-copy posted Royal Mail format… For me, as a writer who sees endless benefits in using the World Wide Web to help the growth of his scribbles, this approach from Agents is both forward thinking (on an eco-“green” level) as well as immensely appealing for future career-building with a potential agent, because hopefully our “mind-sets” will be similar, going onward from this similar standpoint.

Incidentally, if you’re reading this, wondering about the style in which you should set out your manuscript sample submission, there are some great tips out there for the “correct” way to submit your work to agents but you may want to refer back to my second “On The Road” post (because to some readers, this may come before this 3rd post on the subject!). I will say here though that some general guidelines might be to make sure you check if submissions are asked for in double-lined spacing, with or without a cover sheet, to a specific editor email address, and also ensure that (if you’re submitting to a UK agent for UK publication in the first instance) that dialogue in your book is marked with single quotes, not double. 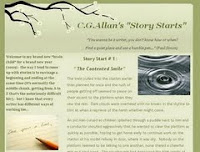 The last two posts of my “Road to Publishville” journey have ended with a focus on some other aspect of my personal writing portfolio, and with this third entry, I thought I’d close with news that very soon there’ll be another of my “Story Starts” appearing on that page of my Official Homepage to help encourage readers to become writers themselves (hint to finding the Story Starts page on my Main Site is to look for an object that could perhaps mark your homework - just bear with me, cos I may have to take some pages down for maintenance, including “Story Starts”, as referred to in my previous post here – but, never fear, they’ll be “back in a bit!”) Reading the Bookseller recently, I came across a similar big-publishing movement called “Story World” to my “Story Starts” (I know I’m not the first to think it up, by the way!) so you never know when one of your ideas could make it big… 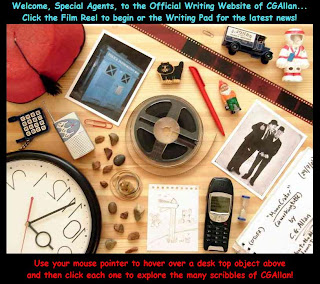 The other news is that not only is my Official Writing Website being updated now with lots more properly clickable links… (all but a “Final Five” mystery objects in the next month or so!) but until next time on this Road to Publishville, where I’ll be (quite probably) talking about how to deal with waiting for a response for agents and (hopefully not!) facing rejection letters, I’ll leave you with another of my “Coming Soon” type of ”writing trailers” to the short stories to come from me in 2010 once my “Moon Crater”TM novel has properly been “put to bed” – sit back, relax and enjoy the show, folks… (Oh, but make sure you press or click the "Play" button below first!)