On The Road To Publishville # 4 - "The Waiting Game & Dreaded Rejections"

- November 17, 2009
“Into the maze, enter the medicine handed down, within these veins… Bleeding with apathy till it drowns…” - Guster

OK, I’m gonna keep this short (for a change!) but as I’ve made such a “hoo-hah” about my experience trying to get my “Moon Crater”TM novel published ever since starting this online journal, and particularly this year, since I’ve got on properly with my journey on this “Road to Publishville” of mine, I couldn’t shy away from the dreaded day when that unwanted first rejection came into my Inbox…

To be honest, as I write this, I’ve actually now had two rejections (from my original three literary agent submissions). Both were very nicely-phrased (but also very generalised) replies, letting me know that my manuscript didn’t fit what their agencies were currently searching for. Despite feeling a little like I’d been sent a standardised letter for a job application which just had had my name stuck onto the top of it, I decided to send gracious replies to both and thank them for taking the time to read my work. (I don’t want to be the kind of writer who has sour grapes every time something doesn’t go my way or even to burn bridges with agencies that I truly still am interested in working with in the future...)


Anyway, there’s still the inevitable feeling of impending doom and disappointment as I wait for the third reply to my initial submission attempts, and so since the time that those first two rejections came in, I’ve busied myself, googling some famous writers for their advice on the subject of "rejections"… (It seems to help to get a sympathetic pat on the arm, even at this early stage, at least!) 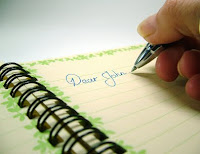 George Orwell’s submission of Animal Farm, for instance, was once replied to with: "It is impossible to sell animal stories in the USA." William Golding’s Lord of the Flies” was called: "An absurd and uninteresting fantasy which is rubbish and dull." Rudyard Kipling’s The Jungle Book was sent back with the comment: "I’m sorry Mr. Kipling, but you just don’t know how to use the English language." And Richard Adams’s Watership Down was returned, with the odd note: "Older children wouldn’t like it because its language was too difficult."

I also discovered that Jasper Fforde received 76 rejection letters before finally seeing his first novel, The Eyre Affair, published. (The Eyre Affair is now considered a classic of the modern fantasy genre.) And, finally, only this past weekend, it’s been revealed that Enid Blyton’s kids tales, at first glance, were not considered right to be read on BBC radio…

Now, I don’t put all this down in this post in order to say that I feel I

deserve to even sit in the shadow of these giants of the children and young adult writing genres, but it’s more to keep my enthusiasm going when it’s taken a bit of a knock, (a tutor on the MA course I did told us sagely once that we’d have to develop thick skins to survive in the literary world!)

Having said that, though, nothing could really stop me in my tracks now I’m on this “Road” of mine, because there’s been so much preparation, planning and toil that’s gone into the actual writing of my first novel (over a ten-year period) that for me to abandon it on the strength of two (or even, potentially, three) mere “Thanks, but no thanks” replies would be to do an injustice to my belief in my own writing. Another thing that’s worth bearing in mind too is, while it IS really useful to look to the initial failures of all the famous writers you ad 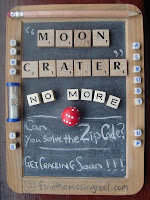 mire, like JKRowling, for instance, before there even was a "JK" to look to, JK herself just had to keep the faith in her ideas and her own ability, and ultimately, that’s what I have to do with “Moon Crater”TM too…

So I’m determined not to be a “sad sack” and quit now… Plus, I’m still playing the “Waiting Game” anyway while my third submission agent deliberates over my manuscript… (I think, by the way, I avoided too long a wait by sending to three agencies that accepted email submissions, rather than the more traditional snail-mail route – see my previous “On The Road To Publishville” post for further details 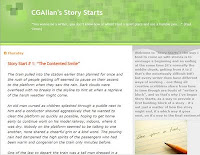 on this!) Anyway, the general advice how ever long you’re waiting for a response is just to get on with writing something else (and something new is always good for your portfolio anyway), and CRUCIALLY, do not send bothersome emails or make annoying phone-call queries to the places you’ve submitted to asking why you haven’t heard anything until a reasonable amount of time has passed (usually, 8 weeks seems to be the norm, I think).

So, what am I doing with my writing to fill in the time? A whole load of things, is the general answer, but more particularly, ever since the demise of GooglePages (which I’d used to build

some of my Official Website pages with), I’ve been working on launching new host pages for The Zip Code Challenge as well as my “Story Starts”– both of which, I’m happy to report are now “live” and you can find them on my main writing homepage by clicking on a “weirdly wordy” object (for the former) and an object that looks like it could be used to mark your homework (for the latter). 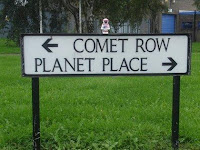 2009 and I’m really excited for what 2010 could bring for my writing too since I've recently been asked to submit (yes, some people are bugging me for my writing, rather than me bugging them to take some!) to both a new book that’s coming out next year, as well as a new and exciting website linked to ghost stories and the like… But more on those and my continuing endeavours to get my “Moon Crater”TM novel into published form after Christmas when the next “Road To Publishville” will make an appearance here on my blog journal… (And what's the final moral of this particular story, children? Perhaps that playing ‘the waiting game’ is an important learning curve for a writer, the ultimate trick is to not let yourself feel like Sisyphus, retreading old ground, and fighting an uphill battle without end – all good things come in all good time…)

about writing getting published on other writers writing and the Web