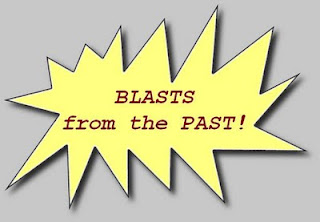 This month, one of my favourite film franchises turns 30 and it's also one of the foremost influences on my many creative scribbles on the page and computer screen...  It's with the anniversary of Raiders of the Lost Ark in mind that I decided for this second "Blasts from the Past" post to cast an eye back over the last 5 years of this blog at some oft he times I've posted about one of my favourite pastimes - TV and film... 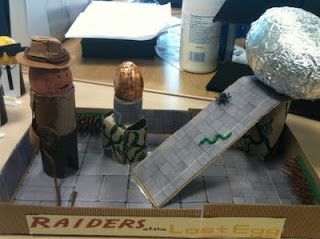 From the very beginning of my writing life, I've acknowledged the inspiration that I draw from my childhood being an avid fan of TV and old films.  Growing up, from an early age, the television was pretty much always on in our house.  It was a backdrop to our everyday lives, and my father was a big fan of old war and western films, so by a kind of process of celluloid osmosis, I was drawn into the fictional worlds of World War II or the Napoleonic War and of tumbleweed towns with no law and rampaging cowboys.  As I got older, I began to educate myself in the other film classics - first it was ninja films (any and every kind) as I got old enough to have my own video rental card - but then by the time of my undergraduate studies, it was the more "accepted" classics of Italian Neo-Realism, the French New Wave and Welles's Citizen Kane which drew my attention. 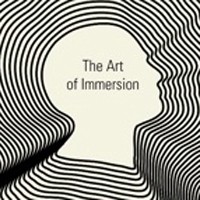 I'm also a self-confessed "geek" fan of TV serials.  My first love was science fiction in the form of Star Trek: The Next Generation and later DS9 and the brilliant Enterprise, but any television series I get into, I fanatically follow (24, Brothers & Sisters, Caprica, Torchwood) and not only watch avidly but also read around and immerse myself in the worlds they create.  At the moment, I'm reading a brilliant book about the concepts of "360" TV and film experiences called "The Art of Immersion" by Frank Rose, and it's a highly recommended read.  It's the sort of tome that confirms that although I might sometimes daydream about being born in another era when it comes to imagining the stories I want to write, my geekish hunger to consume all there is about a particular film or TV series makes living in the current early 21st century all the more exciting - the internet and emerging "second" digital age of multimedia entertainment will feed my screen obsessions as well as provide a basis for my creative writing ambitions in those fields too... 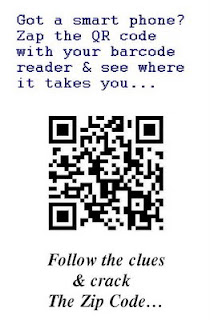 I've stated before here on the blog that I'm very much a budding author who wants to forge a writing career via traditional means of gaining an agent and publisher and release "physical" books that readers can hold and smell the pages of, but I'm also immensely interested in how I can use the web to cast a net for potential readers to be caught in and to provide for them a world beyond my eventual books that they can become immersed in and gain "extra insights" into my thoughts and writing.  So my expansion of both this blog after 5 years and my Official Writing Homepage continues and this month, with the big and small screen in mind, I'm currently working on two brand NEW "Featured Fiction" pages for my main website called "TV Tales" and "Fan Fiction" - they're in 'post-production' stages right now but look out soon over at http://www.findthemissingreel.com/ for some new short stories in Amazing 3-D with a filmic slant and a television fandom feel to them...

Until the premier of those new features at my website, here's 5 links to just a few of the times I've blogged about the big and small screen over the past 5 years of this online journal:
My love of writing adventure stories is still mainly down to seeing the man in the hat on the big screen, who first ran from a large boulder around 30 years ago - hopefully, over the next 30 years, this blog and my own adventures in writing will run and run too...