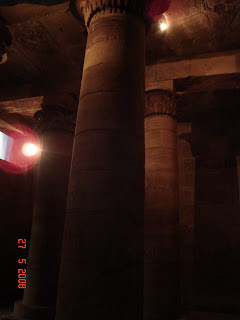 Unless you’ve been on Titan for the last year or so, you’ve probably come across someone you know who’s been excited about the fact that there’s a new Indiana Jones film out this year. It’s something I’ve blogged about at numerous times before here, so it’s no secret that I’m an uber Indy geek. It would be quite an understatement to say I’ve had a passing anticipation to Indy IV because, man, have I been looking forward to this milestone event in cinema history ever since Marcus Brody nearly fell of his horse at the end of 1989’s Last Crusade and the end credits started rolling on what seemed like the final ever Indy flick...


My anticipation of this new film has grown so much, in fact, that i 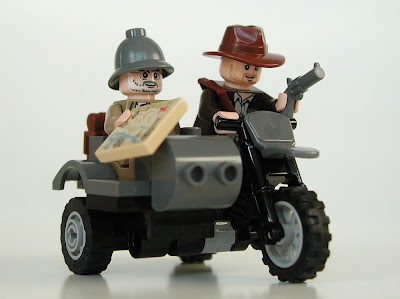 n the intervening years and when I discovered the wonders of eBay not long ago, I began adding to a small collection of memorabilia which I had from being a kid when the first couple of Indy films were released in the early 80s…


And this past year leading up to the new film’s release has seen my Indy fever reach perhaps death-defying heights as more and more new Indy literature and merchandise has hit the shop shelves. Actually, special kudos has to go to my wife for putting up with my fanatical ‘return-to-childhood’ ’tendencies during this period! One cool thing I just couldn’t bring myself to purchase however 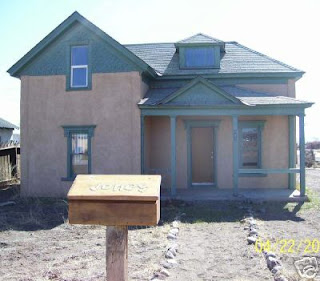 was perhaps the ultimate Indy gift to go on the market in a while – the house from the Last Crusade (can you tell that’s my favourite of the films so far?!) – but it’s been listed here on eBay for a little while now…

Not only has this sort of “healthy obsession” of mine, as I like to call it, covered collecting Indy gems, but on my travels and holidays I’ve come across a few Indy-related things in such weird and wonderful way-off places as Berlin (the flughafen airport which was used for the Zeppelin stop in Last Crusade) as well as a clear Indy rip-off (probably non-official) wax-work in a Niagara Falls amusement park, on my honeymoon a few years ago (speaking of which, my wife has to earn extra “patience points” since it was on my honeymoon that I bought my fedora and carried it with us across Canada in quite a large hat box for the rest of the train trip we were on…) 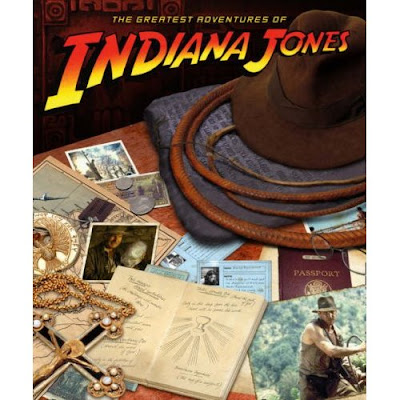 So, how does all this relate to my creative pursuits and make it mention-worthy for this writing blog? Well, apart from the fact that the Indy stories’ spirit for adventure inspires my writing a lot (it’s what inspired my new blog title font style this year if you hadn’t already realised), my devotion to all things Indiana Jones has led me to begin to prepare my very own Indy fan page. It’s simply going to be called “All Things Indy” I think, and I’m just putting the finishing touches to it right now… (Who knows, though, maybe you'll come across it while you're Zipping around the Net this summer!) The page will not only act as an outlet for my continuing creative writing on the subject but it will also be a place to display my more rare artifacts of memorabilia from the Indy franchise...

Talking of fan fiction, if you’re a regular reader of my blog you’ll know that I’m keen to write more stories about Indiana Jones himself after the success of my first Indy short tale “The Quest of the White Knight” (which you can read by going to my Official Homepage and looking across the objects there, being careful not run away from too many tiny speeding boulders; a not-so-cryptic clue!) and as I previously mentioned a little while ago “The Three Pieces of Gold”, a sequel/prequel tale (aren’t they all, these days?) is well under development and research now… I’m even digging and excavating as I work on that one for a third story to make it a trilogy set of yarns (in true Lucas pastiche fashion…) but there’ll be more to report on those soon, hopefully… 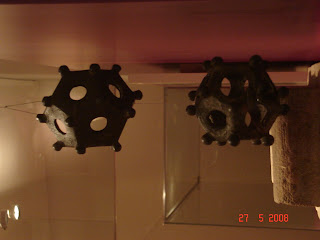 after visiting The Hague and a certain museum there… It led me to think about the structure of the Indy films themselves, looking at all the similarities from story to story and I’ve constructed what I’m calling the "Indy Formula" to write the novel from… I’m pretty much a plot-driven writer when it comes to evolving a story so this should help me structure an interesting tale for what I’m calling right now “Indiana Jones & The Mystery of the Ages”… Funnily enough, it was the TV series The Young Indiana Jones Chronicles which first introduced me to the works of Edward Stratemeyer who ran a “writing syndicate which some nowadays see as just a factory production line churning out cheap dime novel after cheap dime novel, but that tradition in literature really interests me still, and there was obviously a hunger for it then (and still to some extent now), so it’s an area of “popular adventure fiction” I’m intrigued by when it comes to developing my own writing for the future…

Anyway, back to Indy himself, and after all that I’ve said, what did I actually think of the new film with the Crystal Skull as the main MacGuffin? Well, I did love 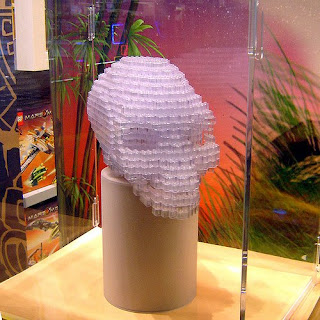 it (only after the second screening I went to though!) and it’s definitely an Indy film for a new generation (much like the Star Wars prequels were) but it definitely satisfied this fan’s thirst for more adventure – Harrison Ford can still pull it off and it was great to see Marion Ravenwood back too, and Shia LaBeouf, despite my reservations having seen his wacky performance in Transformers, is a pretty good sidekick and I’d quite happily look forward to seeing him along for the ride should there be an Indy V in the offing… Overall, the actors were the same, the director was the same and even the brilliant music was the same, so, what’s not to like? Well, a couple of things actually, like Lucas’s clear interference in wanting to use CGI in some places and a few wonky pieces of dialogue that unfortunately plainly came out of George’s mouth… But all in all, it’s great to see my favourite childhood hero back on the big screen again – long may it last, as long as Ford wants to continue (which it seems he does from recent interviews!)

Well, that’s about as much of a crack of the whip as I wanted to do with this post, apart from as usual with my Indiana Jones features here, passing on a few recommendations of some fellow Indy creatives out there on the Web… Every franchise has a Wiki page these days (and despite my my Wiki woes early this year I’m still holding out for a “Moon Crater” wiki to be created in the future!) and Dr Jones himself is no exception – you can check out the growing Indy Wiki by clicking here. Another cool evolving online game involving the all-out adventuring archaeologist is Legacy of Jones which you can find by clicking on the name there… And finally, my favourite podcast of the year is worth a mention – Ed Dolista’s brilliant ”Indycast” can be subscribed to here and is definitely required listening for any budding student of Dr Jones’s exploits… Apart from those, remember, to keep a special dust-ridden eagle-eye out across the web for my very own Indy link “All Things Indy!”

I'm currently undertaking a Proofreading & Editing Skills Course with Chapterhouse and each time I post on my journal blog here in 2008 as a way of motivating myself to keep going with it (and because it's quite relevant to my writing, really) I'll provide a small update on how it's going...

June's update:
“Well, the slow and careful study of symbols and ciphers continues (a bit like The Zip Code really - but more on that particular subject, next post, so stay tuned!!!) as I tackle the final two Proofreading and Copy-Editing marked assessments. The strange margin symbols look difficult to master, I’m just glad I can have my course notes next to me to keep me right… It’s like learning a whole new language to be honest…"
***************************************************
Fan Fiction film