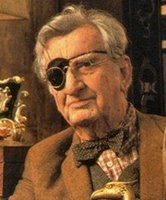 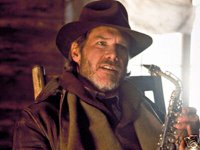 I mentioned a little while ago that I'd written and won a prize in an online fan fiction writing competition. (The link to the story is in that previous post if you scroll down through my blog or look in the Archives. Or you can find it in the Fan Fiction section of http://www.theraider.net/ - I'm was the 3rd prize winner of their 2005 fan fic contest.) Apart from the annoying fact that it's now over a year later and the guys who run the site STILL haven't sent me my prize, the whole experience was very positive for my writing. I'm not in writing to win prizes anyway, it's more about getting my work read and entertaining people as much as I enjoy well-created stories myself.

Indiana Jones & The Quest of the White Knight was hugely satisfying for myself, and hopefully it shows. My sense of adventure and the air of mystery that I want to put across in my plots and writing is directly inspired by Indy. I love the TV series "The Young Indiana Jones Chronicles" just as much as the films because I'm drawn to the idea of telling one or more characters' stories at different times and stages in their lives. (That's why I'm so looking forward to seeing Indy IV if it gets made since we'll be seeing what the character was like in the 1950s or 1960s).


TheRaider.net has a forum section (The Raven) where fans discuss elements from the many books (I'm a particular fan of the Indy Fighting Fantasy/Find Your Fate books by RL Stine) to the TV series and films, and even post links to their own Indy fan films and literature. After my experience writing The Quest of the White Knight, I decided to try starting a forum thread on The Raven which was in the same vein as the Find Your Fate books on which I hoped to collaborate with other fans to write one huge story.

And so Indiana Jones & The Curse of the Chinese Whisperer was born. You can catch up here - http://raven.theraider.net/showthread.php?p=201396#post201396 - more or less from the top of that page you can see the story so far which largely myself (BrodyIsDead) and an Australian patron of The Raven (Violet Indy) have been slogging away at for a fair few months now. The basic idea is for each contributor to write a short paragraph to extend the story and push the plotline onwards - but even a simple sentence could suffice. Then the next person picks up the story and does the same, and so on, and so on...

There has been some dissention on the forum (also visible at that link above) in the form of other members saying the story needs to come to an end, but, hey, I've come to the conclusion that for them to say that, must mean they've been reading it! So I'm happy...

Anyone reading this who's also a fan of Indiana Jones and fancies a go at adding a new paragraph to the story, is more than welcome! Just join The Raven (a bonus in itself, it's a good forum on the whole) and start posting - the 0nly rules are that it's set in China, in 1964 (so an old'sh Indy) and each last sentence has to end on some sort of cliffhanger for the next contributor to pick up from. Oh, and by the end of the story we're trying to get Indy to lose his right eye somehow because in the TV series, the Indy of the 1990s wore an eye-patch... Continuity is of the essence though (I try to be a stickler for it in any plots I do), so be sure to read back to the beginning of the story at that link above to keep things ticking along nicely.