An anachronistic his story?

I’m a real “geeky fan” of whatever TV show or series of books I get into... I always need to know the small details of characters' back stories and always get caught up in the "extra media" that comes out to accompany the main work that got me into a particular storyline in the first place.

If it's not sci-fi stories that I'm "into", then, it's historical adventures and whenever I read or watch these kinds of stories I tend to obsess about timelines and how this world fits into our real established history, be it Elizabethan times, the Napoleonic era or even the early 20th century...


I first found I was doing this back when I originally began writing short stories as an adult - it was after leaving my undergraduate studies at university. It could be that I was just bored with my lack of work at the time but I was watching The Young Indiana Jones Chronicles back then and each episode had a year and place as it's title ("Vienna, 1914" for example) but the way they appeared in the series as it was televised wasn't chronological at all. So I set about remedying that and began writing out on the back of an old envelope, as I recall, the episodes as they would be in their proper date order, just to see how and if they'd fit correctly with world history in that time period etc. 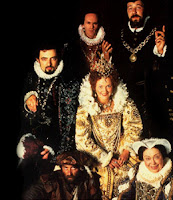 Recently, for my 30th I was given the Complete Blackadder Collection, a TV series I used to love as a kid. But, after beginning to watch the misadventures of Baldrick and co, and perhaps because I was bored at the amount of work I now have (how times have changed!), though, more likely because I am a geek about such things, I started an uncontrollable hunt to find out how many incarnations of Edmund Blackadder there had been since the series started. And lo and behold a Blackadder timeline began to form on my notepad by my desk... From the 13th century to the 22nd century, I charted the whole sorry saga with alternate dates springing off here and there because of minor mishaps like time travel mixing up the fabric of the space-time continuum unnecessarily.

I think this "need" to know a universe from every possible angle is inherent in our base search for knowledge throughout our lives really, but with me, it's just borne out in one of my main interests which is TV, film and the written word.

It is in books too where I quench this thirst for "more input" - and in this medium, for me, there's only one historical adventure series that's brilliant enough to hold my continued interest and that's

the Sharpe series by Bernard Cornwell. I got into them long before the TV series with Sean Bean, which is decent, but they never had budgets big enough to do the detail and action of the books justice. Cornwell's book are interesting because from the original run of about 15 years ago, he's now returning to do "prequel" and "insert" books within the timeline of Richard Sharpe's life, and for a true fan of the stories, that can't be anything but great news. So the Sharpe timeline is expanding all of the time and Cornwell's attention to historical detail, making sure he drops his characters into real historical events, rather than bending what actually happened, is something I admire immensely.

And so we come to how this all has a bearing on my own writing... Apart from the fact that I want to write my own series of historical novels for kids at some point after Moon Crater, (but which my lips are remaining well and truly sealed about for now), I'm actually starting to write a new Indiana Jones story that's sort of a sister piece to my first fan fiction effort which you can see here: 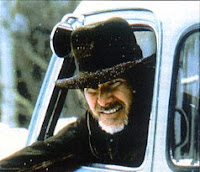 The new story is tentatively called Indiana Jones & The Three Gold Pieces and to get it right I want to fit it in with all of the pre-existing literature and on-screen action of my favourite adventurous hero. It's strange that my first experience with "timeline obsessing" was with the Young Indy series because now I'm searching through online fan-made timelines like this one to double check details of a story I'm now trying to create for myself:


Anyway, that story will probably take me a little while to complete but I'll probably post it up eventually on my blog over at http://www.gollygoshadventures.blogspot.com/ so keep an eye over there for it later in the year...

And that's about all I wanted to say about timelines for now, I suppose. They are just another aspect of good writing that inspire me to create stories myself - fit your characters into real world events right and it makes for a more believable story, but mess with the timeline and use too much "artistic licence" with historical facts just to fit your story, and I don't think you've actually understood the term "historical fiction" properly, and neither will your readers once they've read your work... (especially if they're a geeky fan like me!)