I’m afraid this post begins with a bit of a “Warning” (perhaps even a ‘red alert’?) because I’ve got a feeling that even before I begin to type it, it’s going to be one full of question marks and exclamation points… (and sometimes both at once!)

It was just over two years ago, right here on this very weblog journal, that I geekily ranted about my love of “timelines” of ongoing fictional book and TV series, and now around 26 months down my own life’s timeline, a few recent ‘events’ in the world of fiction have led to what I’d describe as a “slow-

burning annoyance” related to a new strand on the theme of timelines, and it’s one which is especially close to my heart in writing "Moon Crater"…

I’ve talked before about the idea and importance of “Continuity” to my writing, among the various drafts of my novel and my story series, and how I even began to keep a “Continuity notebook” to help ensure that I didn’t overstep my bounds and the established rules of the worlds of my stories…


The first "event" I alluded to above came when a much-loved US comic series of mine, G.I.Joe (known as "Action Force" in the UK, ended its run quite abruptly with one publisher and then was quite quickly resurrected again by a different publisher, but crucially, the keepers of the copyright on this ‘franchise’ stated that they were “resetting” the series and going back to the beginning – basically, they were going to rewrite the histor 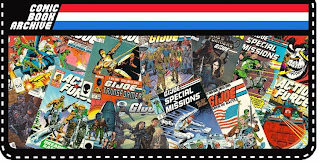 y of an established (over 20 years!) series which is respected the world over, all because a feature film was being made of it, (which obviously doesn’t follow the original storylines either…) I think what shocked me most about this though, was that the original writer and originator of the G.I. Joe stories, Larry Hama, had now even given in to this turn in continuity and actually been signed up to write for the new timeline as well… OK, I know in the comic world within established series, there’s always multiple “universes” that get created and run alongside one another, but I just feel as a long-time fan and also a writer that this trend actually shows a lack of imagination and also smacks too much of simply cashing in… 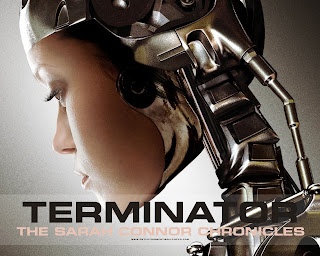 I’m sort of torn between whether this rant of mine is just me getting old or it being a legitimate point to make… I’ll admit that I do like some of the recent “re-imagining” trends of established fictional universes – the obvious examples are the unique and fantastic Battlestar Galactica from Ronald D. Moore and also the (shamefully rumoured to be cancelled) Sarah Connor Chronicles (which ‘messed’ with timelines in a respectful way at least!)

But I’m also reminded of a childhood friend’s comments about the ongoing James Bond series of films. He maintains that the character is now one that’s simply “out of time” and he’s sure that Ian Fleming never actually intended him to exist as such… He always asks me when I see him and I say I’ve been to see the most recent Bond outing, “But don’t you think it devalues the series?” 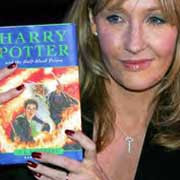 Continuity can (and ALWAYS should, I feel) be important in any fictional worlds… There was a famous Harry Potter character continuity error from one of the books in the series which was only spotted by an eagle-eyed fan AFTER the book went to press and then the whole print run was recalled so that the error could be corrected. This, I reckon, is proof positive that authors and writers owe it to loyal followers (whether on screen or on the page) to keep to the rules of an established world or universe, if you want them to stick with you till the end…

Even in real life, the idea of continuity is very important too - in my day job for instance I’ve recently been subtitling some cartoons for DVD release in the UK which have new audio dubbed, essentially making all the original Canadian-English characters sound more “English-English”. It’s been an interesting process for me as a writer to see the changes that have happened, with the dropping of North American colloquialisms and some contractions and intonations in speech removed as well – all to make the show in question suitable for a Region 2 audience (and preserving the continuity of the cartoon). This has all been quite 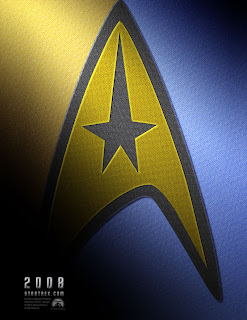 instructive to me for my writing because of my tendency to lapse into US slang even when writing in a UK setting... (what can I say? I'm a product of the TV generation!)

But I mentioned above that there were two “events” that went into making this rant about timelines and continuity for me, and this second one was going to see the brand new Star Trek movie from J.J. Abrams a few weeks ago, (certainly it WAS an “event film”) – RED (SPOILER) ALERT! (if you haven’t seen the new Trek film yet, skip the next four paragraphs!) Basically, this is a “reboot” film which was never wanted by the diehard fans – why scrap 40 years of established lore?! But I went to it with an open mind and on the whole did enjoy the film but it’s in the weeks that have followed my viewing of it that my geeky nitpicking inner self has trawled the likes of Memory Alpha, checking small details of what is referred to in the film, and also finding ultimately that the fact that by the end of the film the writers of this new franchise do not reset the clock (as is what SHOULD have been done) that now I can’t bring myself to like the film as much as I did at first…

I will, however, be an interested observer of this new series of films, as 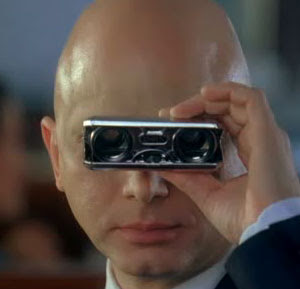 there’s sure to be a sequel in the works… (but who, pray tell, watches the watchers?!) I just still feel alienated as an old generation fan (puns intended!)… The problem is, because the Original Series characters in the new Trek film are “alternate reality” versions of the true originals (there’s the spoiler I warned you about!) I just don’t care about these new characters – I just find myself thinking, “So what if they die? They’re just copies of their ‘real’, original counterparts… who aren’t dead somewhere…” (OK, I may be an all-too-serious sci-fi geek, but I’m proud of it!)

Here’s what the new Trek writer’s answer to my rant is: "(to) make the future unpredictable (we) put the Star Trek world on the alternate timeline in Star Trek XI, which freed future writers from the necessity of being bound to canon… All 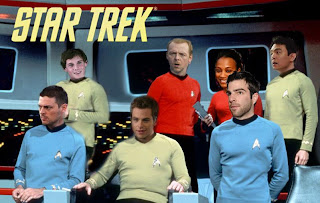 the characters who existed in the universe or canon we grew up with are essentially still around in some capacity, but their lives have been altered, so they may again intersect with our crew."
The question remains for me though, do we care about “clone characters” as much because they’re NOT the real, original characters who were my heroes? I think this sort of “cashing in” technique of rewriting the continuity of an established universe unfortunately, in my mind, DOES “devalue” a much-loved series… (If I was really being hard on them, by the way, I’d even hate them for the R2 cameo they’ve put in their new film too!) 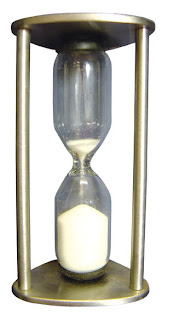 To end, then, I’ll leave you with an echo of my younger (no less alternate self!) and what I ultimately summed up with back in March, 2007, in my “timelines” post – (and what I said back then still very much holds true for my argument today of preserving sacred continuity and timelines in fiction):

“(Timelines) ..are just another aspect of good writing that inspire me to create stories myself - fit your characters into real world events right and it makes for a more believable story, but mess with the timeline and use too much "artistic licence" with historical facts just to fit your story, and I don't think your readers (will understand) …your work...”
So preserving established timelines are very important (you can even soon see a “Moon Crater” timeline of my novel on an object that turns back time across at my Official Homepage!) There IS, at the end of the day, a counter-argument that some series nowadays are too inaccessible for new audience members to join them (JJ’s own Lost for instance has been accused of this), so clearly there IS a balance to be struck – but it can never be, I’d aruge, at the expense of that all important plot thread – “continuity”…