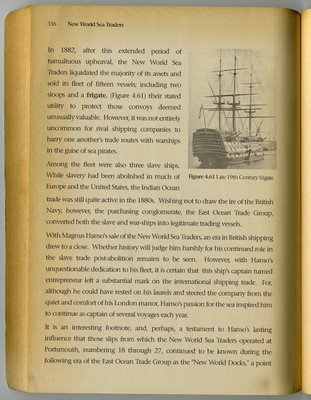 I like Lost. It's one of those shows you either like or loathe. For me, though, the writing on the show is fantastic, and I particularly admire the plotting of the series as a whole (apprarently they originally conceived it as a four-season show) and that there's a whole story-arc running through it. I'm the kind of writer who needs to plot and plot and plot my stories before actually putting pen to paper. I admire the brave people who can just sit at their desk and reel off chapter after chapter with pure inspiration as their guide. (But I question whether this really ever happens at all - surely they still need a whiteboard or something to do some good old-fashioned brainstorming sessions onto?!)
I say some loathe Lost because a lot of people I talk to say they can't stand the endless cliffhangers, the red herrings and the unanswered questions. But for me, that's fast turning into the fun of the series. As a children's writer I'm always on the lookout for a "hook" to keep the reader interested at the end of each chapter - the things that create that "page-turning" quality of a rip-roaring good read - and with every episode of Lost, if you accept that the end of the episode will inevitably be yet another cliffhanger, the fun of the ride really is injected back into it. The fact is that they want you to not be able to miss a single episode from week to week, just like I would never want you to skip a chapter if you were reading Moon Crater. As for the red herrings and endless unanswered questions, that too, for me, helps to build up the mystery and intrigue that I so much want to emulate with my writing. Long-lingering questions about the show's characters ARE answered, but only when you least expect it, and those questions in turn throw up other questions that you hadn't even contemplated before... For me, that's the genius of this show...

Another very clever aspect connected with Lost is that this season (its second) the makers have gone all out on the multimedia tie-ins that help to layer and add to the mystery of the island that our heroes are stranded on. They touched on this technique of "pushing the envelope" in the first season a little with a couple of officially-designed websites where you could learn more about the characters themselves, but with Season 2 (and to fill the gap waiting for Season 3), there's literally dozens of websites that have the official Lost makers' trademark on them.
This whole thing is an experiment to see how they can use the Net as a means to work side-by-side with a TV show. It's called "The Lost Experience" and I won't go into it in massive detail here (go to http://en.wikipedia.org/wiki/Lost_Experience to read all about the various websites linked with this inter-season "game") but if you're a Lost fan, try Googling "Rachel Blake Lost" and check out some of her investigative journalism into the Hanso Foundation - I defy you to not be hooked! Also, I can't resist this one, but one of my favourite parts of the show which I hope they'll bring back into it is the old galleon which is landlocked on one part of the island - the "Black Rock" - check this link out and scroll down, it appears it was a real ship in history: http://www.freewebs.com/shipwreckmate/index.htm (skip the ad that appears first!)
For me, watching this "Experience" take place on the internet is very interesting because it shows the potential a novel or set of novels could have in collecting a fan base worldwide. With my website (www.findthemissingreel.com) and this blog I intend to adopt this technique of leaving hints and clues that can tie in with my novel(s), which might ultimately texture the reading experience in much the same way that I have a thoroughly exhilirating time watching (and now interacting) with my favourite TV series, Lost... 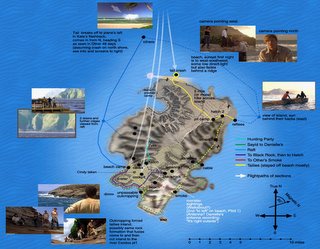 Fan Fiction on other writers sci-fi writing and the Web