“And sometimes for an hour or so
I watched my leaden soldiers go,
With different uniforms and drills,
Among the bed-clothes, through the hills.” 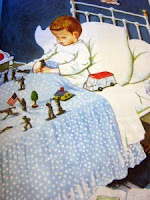 “And sometimes sent my ships in fleets
All up and down among the sheets;
Or brought my trees and houses out,
And planted cities all about.”

“I was the giant great and still
That sits upon the pillow-hill,
And sees before him, dale and plain,
The pleasant Land of Counterpane.”
I sometimes end posts here on my blog journal with a quote or poem (or even a video clip – and in that department, this one’s no different – see below!) but for various reasons, I wanted to begin this quite personal post with a childhood poem I used to read that I still hold close in my adult years…


“The Land of Counterpane” by Robert Louis Stevenson was one o 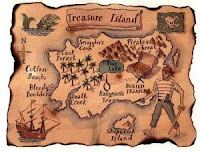 f the stories I read and re-read growing up and is one of the first that taught me about the importance of imagination. The story has come back to me this year in particular because since about mid-summer I’ve been coping with trying to recover from a minor operation but it’s unfortunately taking me longer than anticipated to heal… To say it’s been a challenging time for me is an understatement on all levels, and it’s even taken its toll on my creative writing…

I thought that a forced extended period of leave from my day job as I recovered would actually be a good thing to give me time and space to focus on my scribbles, but actually it marked my first major experience of writer’s block… Perhaps it was because I was (irrationally) anxious about whether I would ever heal, but whatever the reason, for about two months from July to August this year I didn’t really do anything apart from maintain this blog journal and my Official Homepage. This did keep me “ticking over” but I was acutely aware that my ‘writing urge’ had waned somewhat… 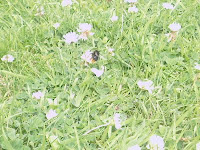 I didn’t spend the whole time moping though and still pursued other creative past-times, like watching how our back garden was growing. I’ll allow you a snigger at that statement, but I remember as a toddler visiting my paternal granddad while he was “convalescing” at a home called “St Camila’s” (Camillus) in Hexham near our home town and he improved leaps and bounds there, while surrounded by greenery and peaceful climes. One of the great pleasures I’ve discovered in recent years now being a proper home owner is a love of gardening. Now, I’m not as old as my grandfather at the time of his recovery but I couldn’t really do any manual labour in the garden as I rested up post-op (I admit to feeling bouts of being decrepit at 32!) – despite this, I spent a good few afternoons in the summer sun reading books on a blanket on our lawn while observing bees and insects, and all manner of garden wildlife go about their daily routines. And as I watched them, I was learning a valuable life lesson – patience. I’ve always considered myself to be quite a patient person but ironically being a “patient” of the NHS system for a good few months of this year has taught me the real meaning of the word… 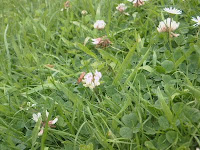 As the days and weeks went on I also noted how our fledgling vegetable patch was developing (we’ve got a grand plot for our own mini Agricultural Revolution in our back garden, starting this year, attempting a crop-rotation growing plan). In past years we’ve mucked about growing small pots of salad, potatoes and tomatoes (the easy things) but this year I’ve watched as our ambitious plantings of pumpkins, sweet peas, runner beans, and fennel have all come to fruition. This too taught me the importance of patience (something that’s sure to come in handy in the coming months as I await replies from literary agents – see my previous post!) but it also reminds me of a quite unique ongoing gardening plan that I read about a while ago called “The Square-Metre Project” and this summer has taught me, just what the founder of that project always maintains – “there’s an immense pleasure to be had from the microcosm aspects of life”…

Another hobby of mine is a love of all things cinema and that too kept me going as I rested up at home. Everyone has their “old reliable” films that they go back to as a sort of “security blanket” and my own helped me keep contented and relaxed… For me, it’s the original Indiana Jones trilogy, the new Indy IV film and the little-known Young Indy TV series – all of which kept my brain occupied and ticking over as I watched them on DVD while recouperating this summer and my creative imagination began to get in gear again as I thought up new "fan fiction" to my favourite series of films…

Now, the point here isn’t that I can while away many an hour just blankly staring at a TV screen but it’s more about the power of film (and good stories) to move and even heal… I’ve talked before about influential and milestone films that I’ve come across such

as "Pangea Day" and "Tommy's Story", and recently on my return to the world of work I’ve had the privilege once again to see a collection of short films by up-and-coming filmmakers from the UK called “The Magic Hour” by 401 Films. Within the presentation, was a short titled “Paraphernalia”, a fantastic little tale of a boy who is shadowed everywhere he goes by a useless robot who only he can see and soon grows sick of, but in the end, can’t live without… It’s a brilliantly inspiring story committed to film and could only be told effectively through that medium, really.

So now I stand at the back end of my recovery process, and look back on the whole experience, I know the lessons I’ve learned (because if I can’t take something from it, what a waste of time it would seem!), but the important thing now is that I’m on the mend, even though it’s taken the best part of 6 months to heal, and my recovery process was helped in no small part by the power of my imagination to help distract me (and, yes, escape) from everyday

life and my belief in the strength of storytelling (both on film and on the page) in helping you get through difficult times… So I’ll end this personal post on a high with one of the finest pieces of storytelling on film I’ve seen this year, which has finally graced the waves of the world wide web – it’s an art film installation by Matt Stokes called “The Gainsborough Packet” which was originally shown back in April at the Baltic in my home town and I’m so pleased to be able to share this fantastically inspirational tale with you now (just press or click the "Play" triangle-on-its-side directly below to see it!):