History in the Making...

- March 17, 2009
# "We are the Custard Pie Appreciation Consortium, God save the George Cross and all those who were awarded them!" # - Kate Rusby 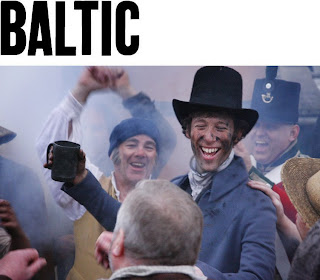 As I continue my journey into the world of writing, I'm finding that the most inspiring things for my scribbles are ones that I just "happen upon", without actually seeking them out... and when I do come across them, I know for definite that they're worth making note of for future writing adventures...


Today on a whim I decided to pop into a gallery on the Quayside in Newastle upon Tyne where I live which is called the Baltic - it's a place that's been open for a long while now but shamefully I've never found my way down to properly before today. My attention was caught as I entered the building by a small multimedia installation that was advertised and simply titled "The Gainsborough Packet", which told a little of Newcastle's secret history. I've mentioned a few times before here that I'm interested in writing some stories set in historical Newcastle, so this sounded right up my street (pun intended!) and actually the time period that the installation focuses on is the exact era that I'd love to set a historical novel set in ye olde Toone... (we're even treated to a glimpse at All Saints Church from yesteryear in the film too!) 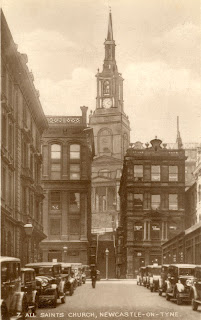 This piece of art at the gallery is actually a sort of music video that lasts about ten minutes, set to a completely original (yet traditional-sounding Northumbrian) folk song and tells a great story along the way - it really made my day stumbling onto this geniunely inspirational film (and it also made me wish I had a friend called "Pybus"!), so if you happen to be in Newcastle between now and May, make sure you happen upon this brilliant piece of work which really makes history come alive (I certainly intend to go back a few more times over the next few months!)


Here are some extracts from the official press release for the exhibit:


MATT STOKES 4 March - 10 May 2009
"The Gainsborough Packet" at the Baltic, Newcastle upon Tyne. (click here for more info)


"The Gainsborough Packet is the culmination of a year’s research and development, which began with Stokes’s discovery in the Tyne & Wear Archives of a letter written in 1828 by an ordinary man named John Burdikin living in Newcastle upon-Tyne. "


"Tracing the adventures of Burdikin’s life, the letter was the inspiration for lyrics, music and a 16mm film created by Stokes and his collaborators on the project."


I'll end this post with a reminder that another "snapshot of history" written by myself is still available to read if you click here for the Internet Archive of my entry for the "One Day In History, 2006" and in case you haven't noticed it in the sidebar of this blog page yet, here's another piece of inspirational film focusing on my hometown as well, which seems the perfect way to sign off for now...

about writing film history New Stories on other writers