- February 13, 2007
# "We know of an ancient radiation. that haunts dismembered constellations..." - John McCrea 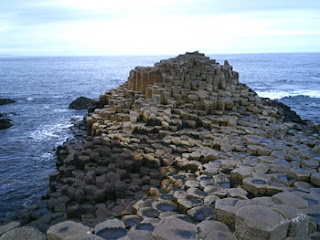 Recently, I've been pondering on exactly where that sort of "primal urge" comes from for we humans to want to make journeys to places that are so ancient and connected to all our pasts...


"Hang on! What on Pluto is all this reflective talk about?!", you might be asking - well, the truth of it is I turned 30 last week and rather than have a mini heart attack like some of my friends seem to have suffered over the whole thing, it's made me think more about the yearnings for adventure I once had as a youngster and how they've manifested themselves into my present psyche as,... well, an "oldster"!

This whole train of thought coincided with my wife treating me to a special birthday weekend away to Belfast so we could travel to the Giant's Causeway - a place I've longed to go and see with my own eyes and touch with my own fingers and feet for an absolute age... So while most of southern Britain was covered in snow, we travelled to the cold but blue-skied tip of Northern Ireland. It really is a breathtaking place. As you turn the corner of the hills and cliffs that surround it you can just imagine how the first people to come across it must have felt on seeing it for the first time. It looks both alien and Earthly all at once. You know it's a natural phenomenon from all of the things you read about it, but you just can't help forming ideas in your mind about how it really came to be there with its near-perfect hexagonal columns rising out of the coastline. No wonder the legend of the Scottish and Irish giants sprang up to explain it before science spoke up and spoiled everything:


The Causeway is the kind of place that really sparks my imagination. Getting away from the rush of the city and seeing something so far removed from the everyday rat race is a real experience, (as well as getting some true, fresh air, and clearing the lungs of the city smog we breathe every day). Anyway, I'd definitely recommend the Giant's Causeway and the whole of the coastline of the east of Northern Ireland, which we got a chance to see that same day. We've made a promise to go back because there's also a famous rope bridge, a la Indiana Jones not far from the Causeway site which we didn't get the chance to visit.

Speaking of Indy, I've spoken on a few occasions on this blogspot of how big fan I am of Indiana Jones's adventures...

...and I think all of this "grown-up" thirst for adventure in both literary and literal terms goes back to my childhood, to those yearnings to roughneck it I had as a kid. I would play for hours in our back garden (or anyone's garden if they'd let me!) with my toy soldiers, creating in my mind short stories and epic tales in the dense jungles and impassable lagoons of rockeries and gold fish ponds. Today, it's mainly through my writing that I try to "live the adventure" - with a blank page in front of you and a pen that never runs out, there's no limits to where you can travel to: 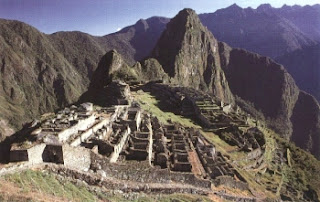 I mentioned my friends who also broached this infamous age barrier not that long ago too, and one of them is well known to readers of this blog in the guise of Twig! Over on his official site, I was pleased to read that he too dreams of ancient and mythical places to escape to now that he's got to 30... (amongst a whole list of other resolutions he's compiled!)


Like Twig, myself and Ali have often day-dreamed about journeying to Machu Pichu too. And, talking to my other "old-at- 30" friend Damo, it's one of his ambitions too! So if Twig has room on his fresh-fish-funded trip, we'll provide the grappling hooks and ropes and maybe I could write the expedition journal too... Twig has promised to update his list of "Things to do before I'm 40" soon, as he's adding to it every day, so stay tuned at www.phluff.com and you should see more inspired thoughts on there soon...

I think, for myself, personally, travelling to places of ancient wonder really inspires me to do the thing I want to do most in 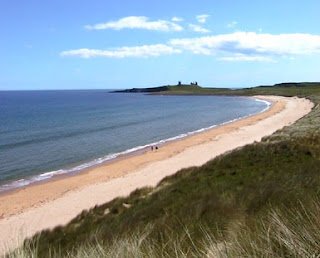 life - write. Whenever Ali and I wander on our journeys together, be it more locally at the mythic Dunstanburgh Castle near Craster, Northumberland (I'm obsessed with that place), or further afield to the legendary Giant's Causeway, I always jot down a myriad of ideas inspired by my surroundings... Actually, backpacking around Western Europe in the summer of 2003, I carried a small pocketbook where I scribbled down and constructed the basis of the world that forms the backdrop of Moon Crater Adventures which you'll find more about right here as this new year progresses:


These past few weeks have been a reflective time for me and even though I've hit the "big 3-0" and I'm all "growed up" with a mortgage, bills and taxes to pay, in this second trilogy of decades of my life, rather than letting it be a milestone of misery and worry about how "old" I've become, I'm trying to see it as an opportunity to keep striving for those dreams of adventure, and with renewed energy, try to live out those dreams in both my writing and my real life. Imagination is the greatest gift that my childhood taught me and as I grow older with the pressures of every day adult life, it's also the gift which I know I must cherish most and strive to hold onto if my writing dreams are to succeed...

ps - one last link for anyone, like me, wanting some tips and hints about how to turn your writing hobby into a full-time job, (the link comes all the way from Dublin, courtesy of Damo!):


# "If you've never stared off into the distance, then, your life is a shame..." - Adam Duritz
about writing Fan Fiction on other writers travel