It’s sort of a case of in with the new as well as in with the old for this “preview post” of my writing to come in 2011… Already this year, I’ve pasted some “new” additions onto the “old” title picture of this blog journal of mine to herald the new year (spotted them yet?) – but of course the old year isn’t forgotten and neither are old stories (which will through the magic of 3-D become new again during this new year – but more on this later in the post…) 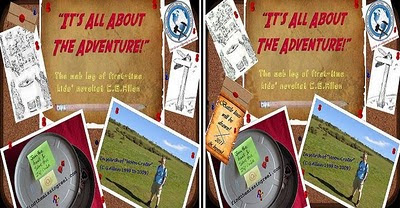 There are a few things that do have to be left behind (but not abandoned) and as 2010 drifts away, I remember it as a year of ‘the multiples of 10’ – there was the milestone of reaching 100 posts as well as my “100 days of writing”. The main thing I’ll be leaving 2010 with though is bringing to a close talk of my first completed book – “Moon Crater” won’t just gather dust in a bottom draw somewhere though, it’ll still be quietly working behind the scenes, continuing to make its way onto agents submission piles… (more on this though in the next “On The Road” post, later in Feb!) 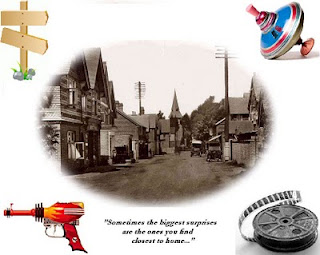 So finally onto 2011! At a basic, practical writing level, I’ve resolved to make it a year of returning to being a disciplined writer and a writer who actually writes, rather than one who just writes about writing (which it’s surprisingly easy to drift into when you’re creating a web presence for yourself!) So I’m going to set myself regular writing routines outside of the day job and also setting about searching for a local writing group… Added to this, as I’ve already said in the last few posts here, 2011 is a year of “back to basics” with my online writing as this blog returns to its original purpose of writing features (I’ll still be trying to write concise posts though!) and I'll be using Twitter page for my "breaking" writing news (and then expand it here on the blog if needed). 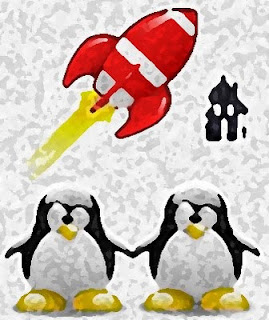 There’s going to be a handful of brand new writing opportunities for me to take up in this new year, including the submission and publication of two stories that I already committed to back in 2010 that presently have the titles of Many Happy Returns and “U.S.B” (there’s more on “USB” and it’s alter-ego title at the end of this post). Added to these, I’ve also got a super-secret project which I can’t say much about at all really until it’s “Signed, sealed, delivered”… (but which I blogged a little more about in my last post of 2010…) 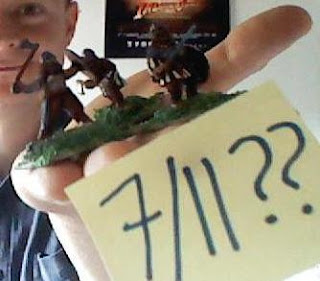 So now that “Moon Crater” is sort of at the back of my mind it’s given me pause for thought about just what my next journeys into writing might be… Well, in Ancient Rome, they say a man named Julius had a “five-year plan” to become Caesar, and since it’s taken me 5 years so far to get myself organised and sorted with my online writing I thought it might be a fun idea to get me one of those 5-year-plans too… So 2011 is to be the beginning of a mutli-year saga for me, winding up in 2015 – an adventure in writing that will take me into the distant future, back to the recent past, as well as to some weird and wonderful world inbetween… Therefore, in no particular order, here’s what I’ll have on my writing agenda for the next half-decade:


(And with each proceeding year of this grandeoise 5-yr plan, a new object will appear on my blog title picture above, to represent each new book!) 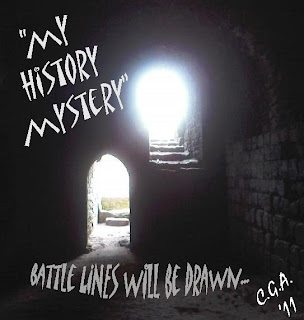 So it’s set to be a year of discovery for me as well as research and development into my planned mammoth sprawling historical saga – my lips are sealed but plenty of clues via twitter and blog. Already back over the course of 2010, I sneakily added a new link space to my Official Writing Homepage for a BRAND NEW site to host details of Novel #2 over the coming months and years… findthemissingreel.com is just getting a bit full and so “coming soon” will be a new (more professionally designed!) website exclusive to “my history mystery”… 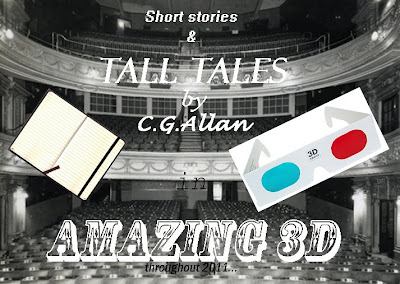 Finally, I thought I’d bring you some exclusive words from me to end this post – a sneak peak at how the new face of my “Featured Fiction” pages are going to look from this year… For a while now, I’ve had the idea to convert them from their present “2-D” look as simple laid-out text on a webpage to something more dynamic and appealing to a reader’s eye. I want to make them more accessible to the “Next-G Generation”, accessible on iPhone, your phone and even my infernal machine of an old-G phone, so I’m setting about “paduffing” my stories into a more widely accepted format and during the course of 2011 I’ll revamp my consecutively numbered 9 “Featured Fiction” pages over at my Official Homepage - it all begins with a sneak peak at the first few pages of the "USB" adventures story I mentioned above - soon to appear in "Mr. Maxwell’s Spectacular Story Suggester" under the new title of The Unbelievably Silly But Flash Drive of Jackie Armstrong:

To read the story above (in Amazing 3D!) simply hover over the middle of the window and click on the "Full Screen" option that appears - then turn the digital pages and enjoy your new adventure in reading...
about writing history memories New Stories writing and the Web