- June 22, 2010
# "Here we are inside a novel, waiting for an end... We don't know the authors of the book, maybe someone's writing chapters for us while we sleep... from a million miles away" - Guster

Since the longest day passed me by so quickly yesterday and summer is finally officially here, I thought I'd post about one of my favourite pastimes as an adult, which wasn't really something I liked to do growing up... 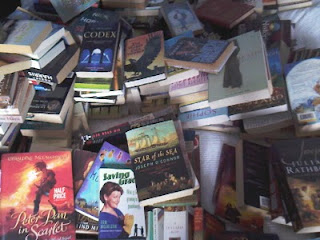 It might sound strange for a wannabe writer to say he was a "reluctant reader" (and sometimes still is) but for a mixture of reasons - being of the MTV and games console generation, obsessesed with Lego and toy soldiers and associating picking up a book too much with schoolwork - I have been a late developer in appreciating a good read.

Don't get me wrong, I LOVE books - and I think you need to, for others to ultimately love the books you want to write, but I've come round to this on/off affair from a more "distant" standpoint, watching them from afar at first and creeping ever closer as I grew older. As a kid, we always had books around the house, and not just on shelves, in a set place - my dad loved gardening books and they were often just littered around the fireplace and armchairs, my mam read Catherine Cookson book after Catherine Cookson book, retelling the story to my brother and myself once she'd read them, and we had fantastic sets of encyclopedia's which were the go-to authority on all our homework needs (Wikipedia and the Net were unimagined entities back in the mid-80s)...


In my early adulthoood I found myself drawn to th 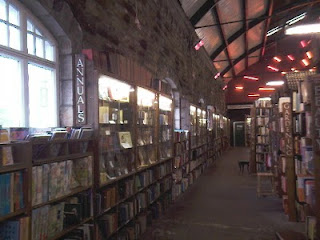 e study of English, but more the language side of things, rather than literature, and found it difficult (almost a chore) when "told" I had to read set texts for the odd "bookie" modules I studied at uni (but I DID develop my love for Conan Doyle stories during this time of examining and forensically taking apart Detective Fictions). I even volunteered in a charity bookshop for a decade, growing to appreciate books for their feel and texture, their smell, their hidden bookmarks that people had left in them before donating them, and their overall aesthetic nature...


Developing my mindset to the aspirations of becoming an author, and sharing those ambitions with a few select friends on occasion, I was always told, "Oh, the first three things you HAVE to do to improve your writing is READ, READ, READ!" (funny, I always thought you had to write, write, and write some more to improve as a writer...) But this friendly advice always turned me away from books, rather than turning me onto them. I could see the use in seeing how other successful scribblers had done things, but I never wanted to simply emulate their style or copy what had gone before...

But despite all these pitfalls and stumbling blocks along the way, today, I DO, I'm happy to report, find myself reading just for the pleasure of it, and at the moment, perhaps because I've got more free time than usual, it's book after book, and it's even several books at once as well...

I've just finished reading Holes by Louis Sachar and while I don't regard it as a classic among the kids books I've read, it's still a great book, and a recommended read. (I've recently bought the loose sequel Sachar wrote to this too, called Small Steps) My first love of reading, I have to admit, came from reading comics that I reserved at my local newsagent, and when I go through the boxes in my loft now, I curse the paper shop owner who wrote my surname on the tops of each of the front covers, but as an adult, I still hang onto that first love of picking up an illustrated story, and at the moment I'm making my way through a graphic novel version of Robert Louis Stevenson's Kidnapped 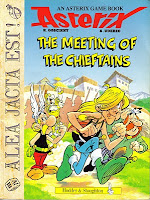 published by Marvel. Added to this, and it's perhaps I'm in a historical frame of mind at the moment, prepping the ongoing plans for "my history mystery" I've also picked up and begun reading Midnight Ride by Cathy Hapka, which is second a tie-in book for a brilliant series of adventure films called National Treasure. Of course, ever the sci-fi nerd, and presently in the thick of my "odyssey in space" for 2010, I'm additionally dipping into a range of space-related books and "choose your own adventure" style books which were popular when I was younger, and are just the format of story that I'm trying to recapture (but in online form) with "Moon Crater Adventures: Book I - Simulacrum" - at present, these include the "Find Your Fate" Indiana Jones books, a Dungeons & Dragons Endless Quest Book called Light on Quests Mountain, the Asterix gamebooks (which even 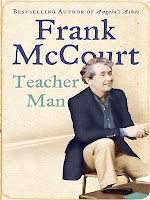 now, as I did when a kid, I could play over and over) and an obscure set of "gamebooks" from the early 90s called "Stephen Thraves Compact Adventure Games Books" - which do just what they say on the cover and are handy to fit in your pocket for bus or train journeys...
Being an amateur writer for children I do tend to read a lot of kids books to research my chosen art form (and because I enjoy them too, of course!), but I also long from time to time to read something more "grown-up" (urgh, what a horrible phrase!) - so at the moment, partly for this reason and partly to get inspired for a possible future career path, I'm also reading Teacher Man by Frank McCourt. I'll blog about Mr McCourt again and devote a whole post about him at some point because his first two books about his life (Angela's Ashes and 'Tis) were fantastically inspiring to me as a young 20-something, backpacking around Ireland and seeking out the places he stomped around as a child in Limerick. And I'm also considering as part of my "summer reading" list one of the 'classics', maybe The Great Gatsby or something by George Orwell (another writer who is responsible for inspiring me to write in my youth).

So today I have books around me for every occasion and necessity - I've come round to the "need to read" via an obscure route but I'm hoping that ultimately that'll make me a more interesting writer as a result... But what "hooks" me as a reader? Maybe that's a subject best left for another post, but suffice to say that I don't necessarily view the opening page of first chapter of a book as the thing that holds my interest, it's more the "gimmicks" that come along with books that I am attracted to (perhaps that's because of my approach to writing, using the web as a tool, and wanting to be a children's writer), and I'll end this post with recommending three modern ways of "reading" that I'd recommend for anyone else out there who "struggles" with the daunting task of wading through a thick doorstop of a tome:

(incidentally, if you ever want to get a quick recommended read here on my blog, just scroll down to the bottom of the sidebar on the right here, and you'll find a section on "What I'm currently reading", which gets updated from time to time with some wonderfully obscure titles...) 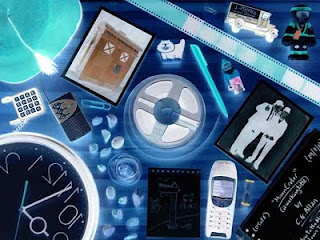 Get involved in another "Moon mystery" this summer
and catch up on CGAllan's first book over at
his Official Writing Website - findthemissingreel.com
film history on other writers