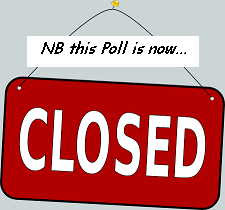 # "Big brother’s got keys and I got Jackson Cannery!" # Ben Folds

CGAllan is keen to give YOU


the chance to decide


how the story of his novel turns out!

Since the 1st Decisions Poll... back in October 2006, I've been using that poll's results as I continue to write the newest parts of Moon Crater, as well as changing details regarding the two main characters of Billy and Jo while I go back over existing chapters - true to my word, I'm going to use all of those results in my story and stick to them - the choices you helped me make late last year are already having a bearing on the plot of Moon Crater and now I'm giving readers another chance to help shape the world of my novel...


This time, I'd like you to help me decide on the geography of the world of Moon Crater – together we’ll decide what the shops, buildings and sights of Billy's and Jo's village will be - this is the next important step in my quest to involve readers as much in the writing process as possible, (soon I plan to have a polls chart and perhaps a results forum over at my official site...) So, once again, guys and gals, this is where you come in and get the opportunity to make a real difference on a story that’s being written by someone else!

The format is the pretty much the same as before… Below is a set of questions and possible options to choose from. I'd like you to read over them, talk amongst yourselves for a while, and then give your feedback to the "group" - namely me - by sending your votes to: my email addy here (just in the form of "1 - a), 2 - b), 3 - c)" etc. will be fine.)

Please, as always, remember to note this general internet safety warning - if you're a younger reader, let your parents know you're taking part in the poll – and, please, even ask them to take part too, letting me know their options to the questions below separately - the more people involved, the merrier Billy and Jo will be!
You don't even have to email if you don't want to - you can simply add a comment to this blog post with your options - I've enabled comments to be added to this blog post even if you're not a Blogger member, so it's even easier to vote in this poll than it would have been before! Just click on the "comments" link at the bottom of this post, and the rest, as they say, will be history :> Oh, and there'll be a "word verification" message comes up - that "type what you see" sort of game…

OK, here goes, then - are you sitting comfortably? Then, we'll begin... 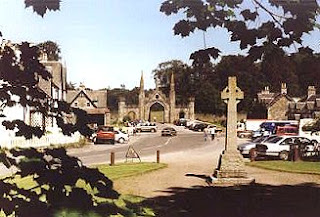 The setting for Moon Crater is our world, and particularly, it takes place in a small northern English country village... The layout of that village is very important to the story for various reasons and so these questions will have a direct bearing on major plot points as the story progresses...

1. The notion of "time" is central to our story... And at the centre of Billy & Jo’s village is an old ruined tower – on top of that tower, the Village Preservation Society in recent years put up a Millenium clock – should the digits on it be:
a) roman numerals?
b) normal digits?
c) no numbers, just markers for 12, 3, 6 and 9?

3. In the village square there is a memorial to the miners of the area who died in a pit disaster over 100 years ago. Should the memorial be:
a) a stone cross with their names on it?
b) a fountain which is kept meticulously clean?
c) a simple plaque with pictures of mining life from a local artist?

4. Also in the village is a small public house – should its recently changed name be:
a) the King’s Head?
b) the Red Lion?
c) the Grey Horse?

5. An old disused allotment stands just outside the village. It is overgrown, fenced off with barbed wire, but inside, should there be:
a) an old bath that used to catch rain water?
b) a bedraggled-looking scarecrow?
c) a burnt-out car?

6. In the playing field of Billy and Jo's school, there is a children's park - does it have:
a) swings and a slide?
b) a fast zip-line?
c) a tyre assault course?

7. Our story takes place in spring - should the Village Preservation Society have decided to use a colour scheme for this year's local "Village in Bloom" competition that's mainly:
a) yellow?
b) purple?
c) red?

8. In the village newsagents, the shopkeeper keeps lots of traditional sweets in large jars. Should those sitting on his shelves include:a) whizz-bangs, flying-saucers and doodlebugs?
b) sherbert dips and gobstoppers?
c) cinder toffee and black bullets?

10. In the North West of the village is a “posh” estate of houses, should it be called:
a) the Poplars?
b) the Evergreens?
c) the Redwoods? 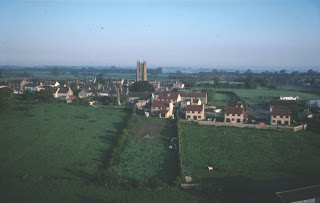 Again, I know you know relatively little about what the story of Moon Crater itself is, (incidentally, I've just told you a lot more!) but once again, the whole idea is for you treat this as an exercise in imagination - allow your creative spirits to run wild and enjoy it! If you're new to my blog and want some more insight into the world of Moon Crater, you can always check out the Moon Crater rundown on this post from June last year or the info on the "intro page" of my official site then come back to this front page…

I'm going to leave this poll open for a while (now up to the very end of the year!) to allow as many people to see it as possible. In the meantime, spread the word, pass this permalink to this poll page along to all of your friends and neighbours, and ask them to do the same, especially if you know any kids around the age of these characters, too - it'd be great to get them involved - remember, the target audience for Moon Crater is the 8-14 children's age range, so feedback from them would be brilliant - but once again, of course, please, make sure they know about the safety notice above about making their parents/guardians aware that they're taking part.

Anyway, thank you so much in advance for the help and assistance with this and I hope you all enjoy getting creative on Moon Crater once again - I look forward to seeing the results as they're added.

Chris G Allan, 20th March, 2007.
(Remember, the poll is now extended until the very end of this year - so there's no excuse not to get involved!)
about writing New Stories writing and the Web