On silent running but with the promise of some fantastic voyages to come!

zy wild-eyed notion to attempt to write one of those old “Turn to the Page so-and-so” adventure books online, using a blog page, and now almost at the 3rd anniversary of that idea forming, I thought it might be a good time to bring a bit of an update on how the “Moon Crater Adventures” are actually coming along.....


On two occasions in 2009 I’ve brought news of the Adventures, in particular focusing on another “out-there” idea to create a 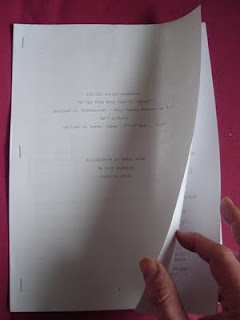 comic prelude to the first of the planned 3 “Seal Your Own Fate” books of the series, which would be entitled “At The Time When Time Collapsed”. Rich Windass, the illustrator who’s joining me on this creative journey into the far reaches of space has agreed to animate this graphic introduction, and as I type this is working on the initial panel designs for the script that I drafted on a trip to Japan around Easter this year (expect some Manga-influenced designs to emerge!)… What I’d love to do with this comic, the more I let the idea stew in my mind, is to perhaps create either a snippet or a video trailer (or both!) of the comic prelude on the lines of some recent impressive clips that have emerged for upcoming stories… (click on the links in the words above to see what I'm getting at!)

The other thing I’ve given a sneak-preview of is more of the progressing designs for our cast of characters that I first listed right here last November… Happily, with this post, I’m able to also give an extra insight to how two of those characters in particular are now coming together – namely Cooper and ICE… I think I say this with every post, but working co-operatively with an artist on creating a story is turnin 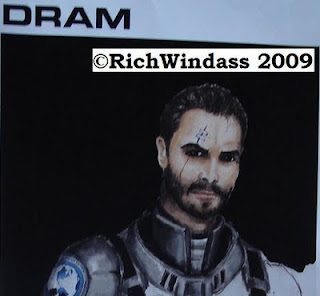 g out to be such a rich (no pun intended!) experience, that I’m so glad that we began this creative journey together – the only downside (if it IS one) is that we’re coming up with so many different fantastic ideas that pinning our hopes and dreams on one set is proving a little difficult, but I’m confident we’ll get there in the end…

Now, in my experience, most good news can usually be expected to be followed by a little bad, just to keep the scales of life in balance, and I’m also afraid to have to report with this post that the first (quite meagre, I admit) pages of the first Adventure “Simulacrum” that had been up on the “Seal Your Own Fate” Launch Page (clickable via a suitably “spacey”-looking object on my Official Homepage) have now been taken down as I go into the new year and I begin the challenging and serious job of writing the story of Simulacrum from start to finish (with all the twists and turns required for it to be a genuine “branching tale” too!) – certainly now that I’ve finished investing so much writing time on my completed “Moon Crater”TM novel, my Space Odyssey into 2010 can truly begin. (Remember, I called the Adventures a spin-off from my main book, but 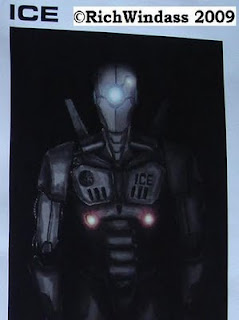 that’s a very loose term in this case – but, like NASA, try to think out of the established box when thinking of a “spin-off”, if you can…)

The other things I want to work on over the course of 2010 for the Adventures is a “redesign” of sorts for the ship, which is sort of a character in its own right, (or at least that’s what we want it to be.) I love that cult sci-fi film of the 70s Silent Running, and am heavily influenced by tales like that one and also more recent “classics” like Moon too for their sparse but complex storytelling … Another thing I’ve realised I’m going to have to prepare is a “Moon Crater Adventures” ‘Bible’ “retro-continuity” that’s in vogue nowadays…) One last thing I’d like to create and will “release” on the Launch Page for the Adventures in early 2010 are “mission profile cards” from the ship’s database that will be basically a more in depth rundown of the key characters of the story. I’m really excited for what adventures and voyages of discovery this new year will bring for my “Seal Your Own Fate” stories and it looks like it’s a good time to bring this “branching” type of storytelling out of the cupboard and dust it off, because recent big publishing concerns have even invested in it once more and so it appears to be back in vogue…

By the year’s end though (a little later than this 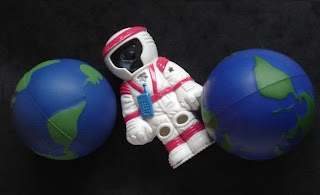 next year, probably) I’d like to have a proper Launch Date announced for any reader to be able to go onto the Launch Page and “play” (and read) “Moon Crater Adventures: Simulacrum” from mission start to completion and touchdown back at ground zero… It’s a humble but grand ambition, but I’m finding my thirst for adventure on this writing life of mine works best when I set myself aims like this - so as my “2010: a space odyssey” approaches I'm creating a new “Seal Your Own Fate” posts tag with this post which followers of the Adventures can use to follow all the posts in the "Tags" section lower down on the sidebar of this blog, as I continue to document my own and Rich's experiences trying to create this set of tricky online “branching book” stories using a blog engine that, as I've said, I’ve had the concept for since early 2007… (Hey, look at that, I've come full circle to how I began this post - but, then, again, maybe that's what true "spin-offs" are supposed to do?)

about writing New Stories sci-fi writing and the Web