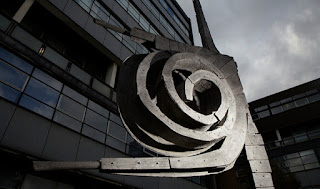 "The Thirst for Knowledge"
by C.G.Allan


MY life has always been filled with questions. Most of them begin with "Why" and end with "me", but about three hours ago I was faced with a new, more profound question which has forced me to try to forget my own problems for the present moment at least.
It was 7pm again and I had become thirsty as I always did at 7pm.
In setting this down now I hope to help myself remember, for the thirst makes me forget things quickly.
Typically, my pockets were empty. When my pockets became light like that I always visited those who had been my friends before.