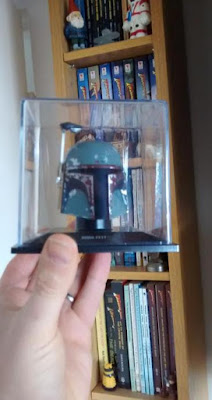 At the beginning of each year when I face down the new scribble year to come, I try to reflect on the previous 12 months of my writing – the highs, the lows and generally just celebrate the fact that I’m still alive and kicking as an amateur author(!) So here we go with the rundown of the last year in my writing life…
Back in JANUARY 2015, apart from reviewing the year that was 2014, I began with exploring my growing scribble interest in scriptwriting, making new contacts and looking at TV and film that I adore as examples of good scripts (more on this script quest next month, in my 2016 preview!).  I also prepared submissions to New Writing North’s Writers Awards – entering my short story The Archenemy and part of my first adventure novel.  I didn’t win awards for either(!) but the experience of preparing the submissions was a useful one.  It was to eventually prove to be a year of thinking up titles for various things and my blog here underwent a title change, becoming Scribbling a Life Creative with C.G.Allan as I realised that mostly I post here about my writing habit but also from time to time blog about my other creative pastimes too! 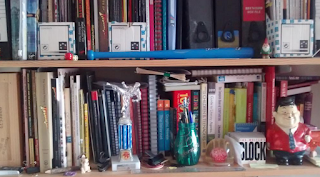 In FEBRUARY, I outlined my humble ambitions for the year with my writing preview for 2015.  I talked in code about an idea for a new “secret sixth” novel I had come up with and began the year-long mission to make one final draft of my first book. Also this month, I spent a few days in London for work and my other creative obsession of film editing but took time out to visit the spellbinding British Museum and almost bumped into Mr Mission Impossible himself as Tom Cruise was filming the latest movie in that series at Tower Bridge on the very night I was in our nation’s capital(!) 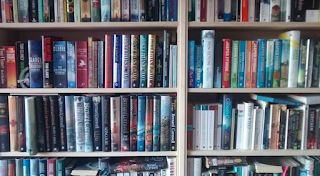 In MARCH I came over a bit “shelf-ish” getting into the “shelfie” photo phenomenon but also geeked out here on the blog about my return visit to the Newcastle Comic Con.  It’s the kind of place where the crazy wide-eyed imaginings of a wannabe scribbler come to life – it’s always inspiring to walk amongst such creative fans of many and any film and TV genre (especially comic book heroes – you can still read my own spin on the superhero story across at my Official WritingHomepage by clicking on an object on the desktop homepage that looks like a postcard from the era of the silent Hollywood classics…)

Dashing faster than a speeding bullet into APRIL 2015, I made another sudden pit stop “On the Road to Publishville” to report on my efforts of getting published, this time talking about my techniques carrying out a fourth and final draft of my first adventure book and also the trials and tribulations of coming up with a name for the novel (it’s had half a dozen so far!) – a struggle that I’m still grappling with into 2016…  April just happens to be the month that my novel is set in, around the time of Earth Day (the 22nd), and so when that celebration rolls round each year, it spurs me on to keep on striving with that first full-length story of mine, and generally keep on keeping on until I get it published. 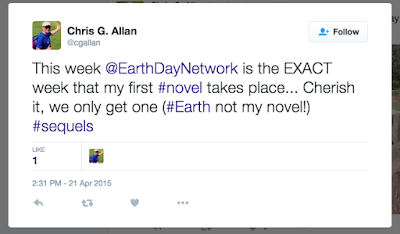 MAY 2015, was the month that I first plunged feet first into the world of Instagram – capturing snapshots of my life creative as I’m out and about away from my keyboard.  I also dreamed up a future plan to put together my first collection of short stories.  Some already appear on my Official Writing Homepage but as those plans have progressed over the last six months or so I’ve uncovered some lost tales which will also make an exclusive appearance only in this printed collection… 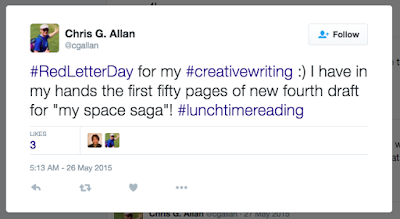 Having reached the all-important first 50 pages mark of my redraft of the first novel by JUNE it was time for a bit of a break from things and our annual holiday to commence.  In 2015, my wife and I had plotted a course across the Atlantic to visit the United States and we visited New York and Washington – I came back a changed scribbler, having seen up close some of the sights and sounds of places that have inspired my own stories from the TV and movie I’ve so loved growing up.

One of the great things about being a scribbler (but also at the same time, the worst!) is being able to draft your work – the first draft is always a rambling freeform exercise in getting the words out of your brain and onto the page and in  JULY 2015, looking back, that’s kind of what I did with a post here on the blog about the influences on my writing – I’ve been consciously trying to keep my blog posts down to a maximum of 800 words this past year but even so, reading that piece back, even I can admit that it’s a hotchpotch of one idea leading to another, but, hey, often great writing is found in that way… 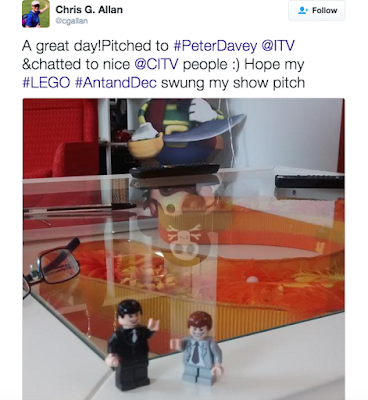 Into AUGUST and I wanted to post about one of my favourite authors Bernard Cornwell and also about what’s fast becoming my favourite series of his books set in the Anglo Saxon period.   This month too I was heading towards the halfway point of my redraft of the novel so the momentum of the editing process was gathering real pace as the year was progressing.  It was a busy month of 2015 as in my creative yearnings at the day job I travelled to the growing Media City UK in Manchester to pitch for a second time to an ITV programme commissioner (the first time was back in late 2014), and while I was there I also made some new contacts at  CITV (Children’s ITV) which is where my future scriptwriting aspirations lie. 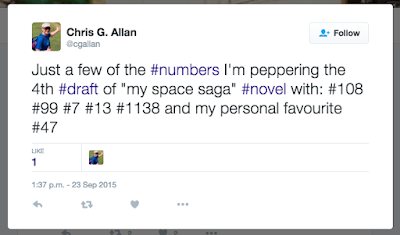 Moving swiftly into SEPTEMBER 2015, I blogged for the third (and probably not the last!) time of my adventures on another “Summer of Cycling” – this time posting about biking around Central Park on the trip to the US and New York, as well as a shorter trek around Northumberland to Bellingham on the edge of the Kielder Nature Reserve. Outdoor pursuits like my cycling definitely help to feed my creative storytelling tendencies, whether they provide a break from the keyboard or just to give me time and space to refuel and generate new ideas for ongoing projects.  And talking of those ongoing projects, the work on the redraft of my new novel was going speedily too this month, as I started crunching numbers and inserting some nods to other adventure stories that I admire… 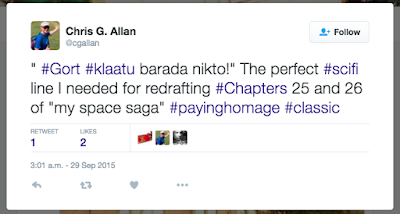 Building my way into OCTOBER, I reminisced her on the blog about a much-loved childhood toy which to this day as an adult I still get a huge kick out of seeing – Lego is a stalwart model-making tool in my family and I’m sure will stay with me as a fun pastime for years to come.  The 21st day of this month in 2015 couldn’t be allowed to pass without being celebrated – it was the exact day that Doc Brown and Marty McFly came back to the future in the second part of that film franchise and since I’ve posted about just how influencial those movies have been on my writing I marked Back to the Future Day 2015 with a marathon showing of the films that evening. I also launched my agent search again this month, nearing the end of my redraft of the first novel and starting to eye potential literary agents to represent me as a debut author.

NOVEMBER 2015, marked a red-letter month as I actually completed the whole redraft of my first adventure book – with the codename “my space saga”, I was still contemplating the perfect title… I also blogged an Autumnal post, rambling away on my keyboard about the cathartic benefits of writing, and even managed to fit in talking about my treasured scribble pots and pens! 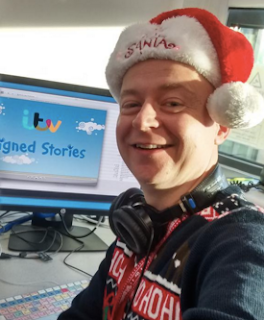 I was still in this reflective scribbling mood come DECEMBER 2015, when I posted about feeling like I had reached a writing crossroads – it was kind of  a "should I stay or should I go" moment as I’d closed the cover of my first book and although there were definitely stories I still wanted to tell, a little voice was whispering to me, ‘Is it worth all the work (and heartache)?” Thankfully, this blog still exists, I’m still writing, and I’ve got grand plans for where to take my creative scribbles in 2016 and beyond, so I’m happy to say I answered and quelled that whispering voice of dissent with a resounding shout of “Yes”.  (You’ll just have to come back next month to find out what that Yes actually means as I preview my creative scribbles for the year to come…)