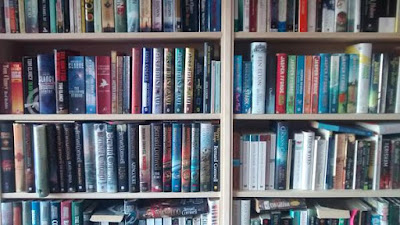 In my adult years, there's been one author who has been a constant on my reading shelf.  He's one of the reasons I got into adventure writing and in 2015, he's also been the author who's gotten me to read more books in one year than any other.  Ladies and gents, I give you my favourite living author - Bernard Cornwell.

I first encountered Mr Cornwell's master works via his Napoleonic-era Sharpe novels as a teenager.  Each summer holidays I would sit in our back garden reading the continuing adventures of "the Chosen Men" as they fought their way across Spain and France.  I continue to read the journeying of Richard Sharpe to this day as the author has cleverly re-visted his first hero's timeline and slotted in new 'prequel' tales for fans to pick up.

Cornwell hasn't just limited himself to the 18th and 19th centuries for his historical fiction though.  He's written stories that tackle the origins of Stonehenge, the likely setting of the real Arthurian legend as well as tales set during the American Civil War, the War of 1812 and the American War of Independence.  I've read a couple of the ones outside of the Sharpe series and I'll get to finish them off in due course (one of my obsessions is collecting original hardback editions of all Bernard Cornwell books - carrying around a list of haves and have-nots in my wallet!)

But it's one of his more recent series entitled "the Warrior Chronicles" which has really caught my own imagination.  Set in the 9th century, it tells the tale across (so far) 9 books of Uhtred heir to Bebbanburgh, a fortress on the cliffs by the north sea.  This fortress is what has become modern day Bamburgh Castle in Northumberland, my home county.  It's a place we visited often as kids and is instantly familiar to me, so to see it's 'history' set down in fiction is a brilliant inspiration to myself as a wannabe author. 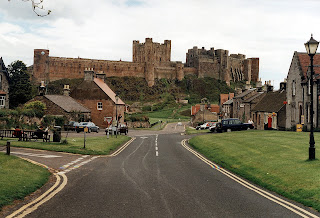 As a writer, the biggest advice you get time and again is to "read, read, read".  Now, I don't know about you but I find this difficult with everything else that goes on in life - I usually, perhaps shamefully, only ever manage about two or three books a year.  BUT by the time 2015 ends, I'm on course to have read ALL 9 of Bernard Cornwell's Uhtred books.  (Yes, they're THAT good and "unputdownable")

I've never been an instant fan of pure 'fantasy' writing (although, I do have forays into those worlds now and again) and where for me, hit series like Game of Thrones lack some real-world grounding, Cornwell's stories give you King Alfred and his quest to forge a true united England, fighting the invading Danes.  The fantasy element is Uhtred himself but real-life historical characters are abound throughout the books.  And these are usually explained in a "historical note" which the author always gives at the end of each tale (one of my favourite parts of the book, seeing where characters fit into the real history).

Another thing I admire about Cornwell is that he takes the time to answer fan questions on his website bernardcornwell.net - he often goes into great detail about his books, and to me it just seems like the mark of a responsible author to be able to bring out a book every year or so, yet still manage to listen to his readers comments. (I'd love one day to set up a "fan forum" section on my Official Writing Homepage!) 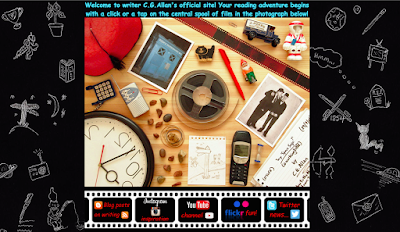 As 2016 draws nearer and I come closer to completing the final draft of my first adventure novel my mind is turning back to Novel Number 2 - "my history mystery".  It's set against the backdrop of a real period in history, in an area of the north of the UK which is familiar to me, so one of my aims will be to emulate some of the adventure storytelling of my favourite authors of historical fiction: Bernard Cornwell.