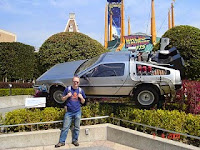 Every Christmas my wife and I buy one new decoration for our tree.  It's a bit of a tradition we started ever since we moved in together.  (it's not a rigid tradition - sometimes we buy two and it's an even bigger treat to look forward to!) In a similar way, at the beginning of a new writing year, here on the blog, I like to add a couple of more "decorations" to the title picture at the top of this page... 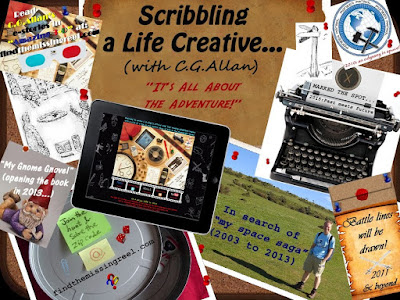 There's actually THREE particular treats that have been added to the picture for 2015...


The first is something I realised was missing, which is a picture of my Official Writing homepage so it's now represented by the electronic tablet just under the blog title... (which is the second new thing!)  For a while now I've been rolling over new titles in my mind, I knew the sentiment of my blog and scribbles in general were fittingly described by the phrase "It's all about the Adventure" but as I've become more creative in other aspects of my life, in addition to my creative writing, and have begun posting about those on this blog too, I knew a change in the name of my blog was needed.  So the idea of living a fully creative life (not just a half-life, scribbling in my spare time) led to the newly-coined "Scribbling a Life Creative" which more fully captures how things are going for me in 2015 (and beyond)... And the third addition to adorn the title picture above is somewhat of a surprise for me (as well as you, dear reader!) - back when I started to build my main writing website I set up some short story subpages as well as 5 planned novel subpages (5 I thought was enough to be getting on with) but as time goes on, and you get more and more ideas, throwing away most of them, some notions for novels just stick and won't go away... and so coming into 2015, I've decided to preview what I'm code-naming "my secret sixth" novel with a new page on my website (it's hidden along a strip of small stills on my homepage - remember, don't be negative!) - and of course, I'm not ruling out a "seventh" novel, coming soon - you'll hear the news as soon as I do... 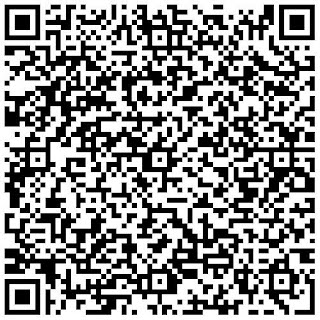 So that's what's new on my blog, and some of my Writing Website but across on that "Find the Missing Reel" site the logos along the bottom of the homepage have a new addition too for 2015, and that's been done to make space for a new social media button that I've begun using this year - Instagram... As opposed to the more "arty" photos I take with my regular camera (and shown through my writing Flickr page, the idea with my Instagram is to have a space where I can put the more inspiring quick photos I take on my mobile phone camera as I'm out and about on my bike, back and forwards to work at my day job and generally going about my daily routine - it's finding the extraordinary in everyday ordinary life that I like to base the stories I write around, and that's what my Instragram will do - to find my page now you can go to: https://instagram.com/c.g.allan/ 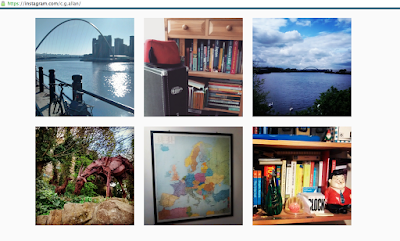 But what's to come with my writing? Well, apart from me continuing on the other creative writing path of scriptwriting which I set off on in 2014, after last year's planned writing going a little awry from my February planned preview, I'm thinking that it's probably wise to consolidate my efforts and continue "keeping things simple" - for the past year or so I've actually been going through what I realise is an extended bout of 'writer's block' for various reasons - these periods can affect writers in different ways apart from the obvious "not writing" (for instance, for me, I've started then stalled on a couple of writing projects through 2014) and at present, I'm still on the path of re-kickstarting my creative scribbles into a regular writing routine into 2015... So with that in mind, here are my main 2 aim's this year: 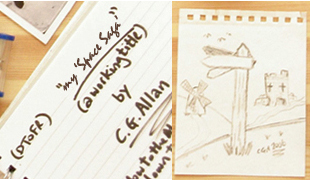 about writing New Stories sci-fi writing and the Web