"How shall we remember them?"

There's a lot been made in 2014 (and set to be made over the coming four years) of the 100-year anniversary of the beginning of the First World War, and I thought I'd add in my humble scribbles, a century later, about it all by citing some short extracts of my own family's involvement in the "War to End All Wars" (and indeed the unthinkable follow-up War that followed it a few decades later)

In World War I the father of my paternal grandmother Albert Buckle was a blacksmith who was stationed in France but mercifully survived, possibly because he was behind the front lines.  Formerly of Choppington,  near Ashington on the northeast coast (and known later in his life in the 1950s and 60s as “Monty” in his local pub in Newcastle the Balmoral) he was first stationed at Lathom Park camp near Blackpool for training with a cavalry regiment before shipping off to France. A family story goes that Albert did get injured during the War, but not actually by the opposing side – he was stupidly bet by someone in his regiment that he wouldn’t cut the ponytail from the head of a Chinese man but when he did, the same man got his own back by kicking my great-granddad off the end of a pier a few weeks later.  (It resulted in a broken back for Albert and I’m guessing a hard lesson learned too). 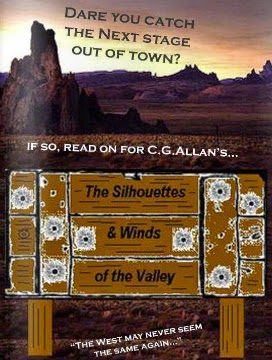 This is a shameful piece of family history for me to recount but I do like to use these real-life happenings as inspirations in my own scribbled tales, fictionalising events to spin-off plot points – I used this actual event in my Western short story The Silhouettes & Winds of the Prairie (which you can read on my Official Homepage by clicking on an object that looks like it might be bigger on the inside…) I’m sure there’s more intrigue and mystery surrounding the life of Albert Buckle waiting to be discovered but my first remembrance of being aware of his existence was ironically whenever we visited friends or family in Newcastle General hospital when I was boy and my dad took us past the graveyard just outside and pointed out his grave.  I recall staring at the names of my great-grandmother and great-grandfather and oddly feeling nothing at all, simply because to me back then all they were was a collection of letters and words (but of course with time and age, the frustrating thing is that now I’m slowly finding out more about them but there’s less people around to tell me).

On the other side of my branch of the family tree, my maternal great-grandfather was a sub-mariner during the First World War.  This in itself is a magical story to me because I’ve read a lot about U-boat action during World War II but during the early 19-teens this must have been pioneering stuff… Add to this the fact that William Smith (Senior) was over 6 feet tall and broadly built, and the imagery of this larger than life ancestor being crammed into these dangerous and probably small underwater tin cans with a lot of other crew members becomes the stuff of (family) legend.

It’s easy to look into the past with rose-tinted glasses and turn these episodes into glorified boy’s own-style adventure tales but the reality was that William by all accounts came back with his nerves shatters and was away from my great grandmother for long periods.  But with his pay (which must surely have been inflated with an increment of ‘danger money’) they were able to buy a house and my great-grandmother was able to decorate it out to a more-than-suitable condition for the times, as my mother recounts the tale.

And it’s this grand lady on my mam’s side of the family Agnes Smith (nee Carden) who was married to the sub-mariner who I turn to next.  She was also a hero of The Great War – as many women did while “the menfolk” were away, she worked in an armaments factory building planes and tanks, and rose to being a supervisor on a production line.

It’s actually William and Agnes’s son, William Smith (Junior) who’s next up as we move into the period of the Second World War – he was considered “essential services” during World War II for his trade as an electrician at Vickers Armstrong factory in Newcastle and was spared service in the armed forces (my mother was born in 1946,  just a year after the end of the War, so one wonders if he hadn’t been kept at home, whether our family story would have turned out quite a bit different after that point).

My maternal grandfather’s opposite number on my dad’s side, my Granddad Allan (who I’ve blogged about before here) was also kept out of the war overseas during 1939 to 1945, also because of his work at the Vickers Armstrong factory at Elswick in Newcastle where he was a horizontal borer in Shop 21.  What I only found out recently was that John Allan (Senior) was also a member of the Northeast Home Guard, aiding the fire brigade in emergencies and air raids.

A final person in my family with a connection to “the Wars years” (but probably my no means the last family member I could point out) is my great-uncle George Calvert.  He was my paternal grandmother’s sister’s husband and served in Burma during the war.  He was captured and tortured in a Japanese prisoner of war camp. But my Uncle John also tells me that as a 8 or 9 year-old boy, he went along to the local News Theatre in Newcastle (now the Tyneside Cinema) with other members of the family and saw messages sent back from the troops abroad to their loved ones – Great Uncle George appeared on screen speaking a few words of comfort to them, but looking a bit thin and withdrawn).  George did survive the war and returned home.  Again, this family figure (in part) inspired a short story I wrote called King of the Jungle – I’ve yet to put this up on my Official Website but it is “Coming Soon” to my ‘Lit Fic’ writing page – which you can take a look at by clicking on an object that looks like it could be used to mark your homework.

I don’t have many firm-held principles in my life so far but one that I will always stick to is the assertion that “history matters” and this past year I’ve joined the Heaton History Group which is helping my pursuit of my own family history no end.  As I said at the outset of this post, I aim to record the oral storytelling of my family today who remember these heroes of yesterday when they were young children (namely my parents and my uncle who I blogged about earlier in 2014) so that I can complete for myself the mystery trail I’ve begun with these ‘teasers’ here in this post.