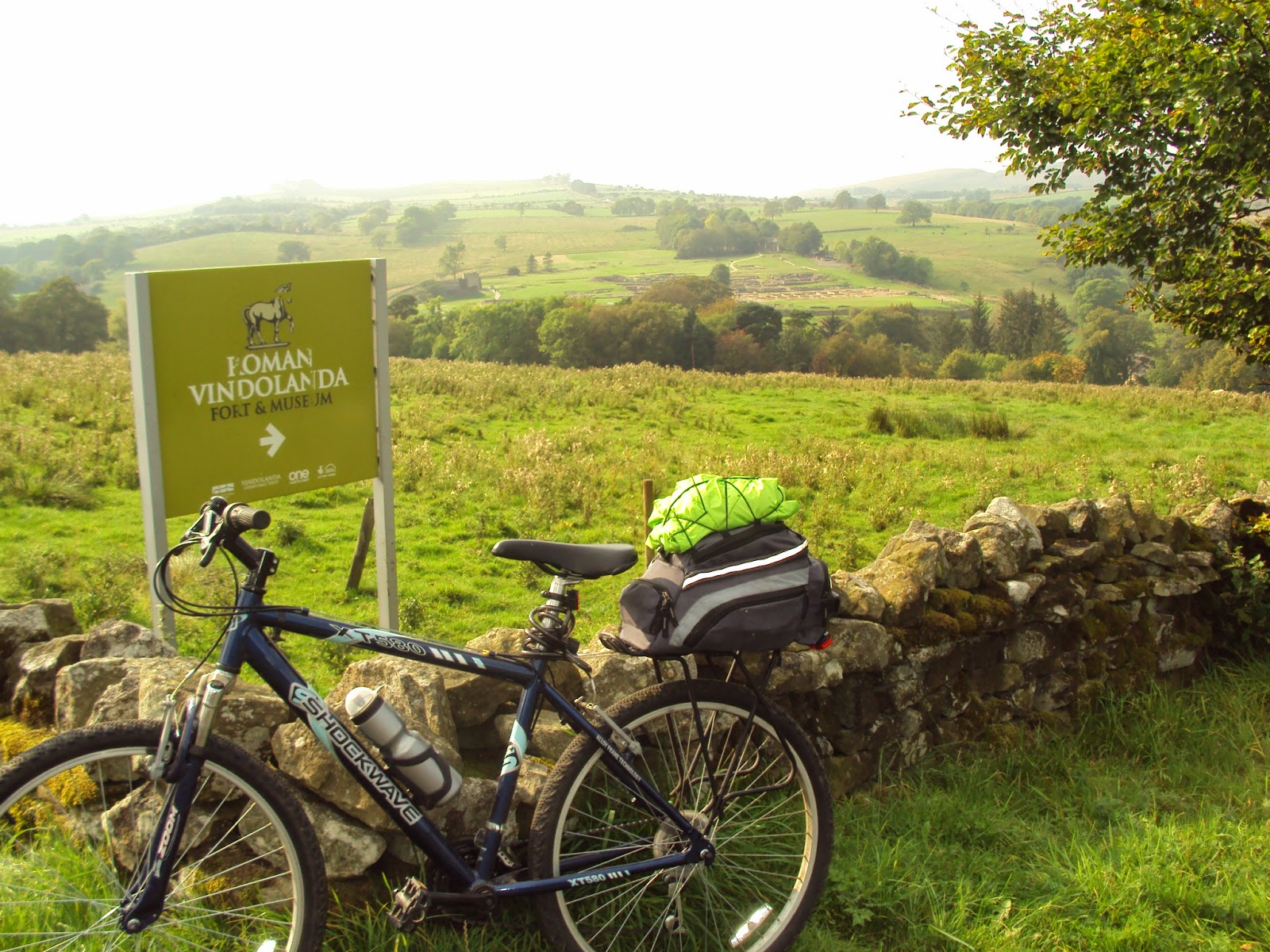 Late last summer I posted here on the blog about one of my favourite past-times that feeds my creative scribble pursuits by giving me time and space to think up new stories.  Progressing my prose with pedal power on a folding bike is something I've continued into 2014 (halfway to work after getting on an overland train) but I've also now added in a full cycle to work on my mountain bike, travelling the full 13 miles to my day job - traversing a wider variety of terrain and hopefully extending my fitness levels a bit... 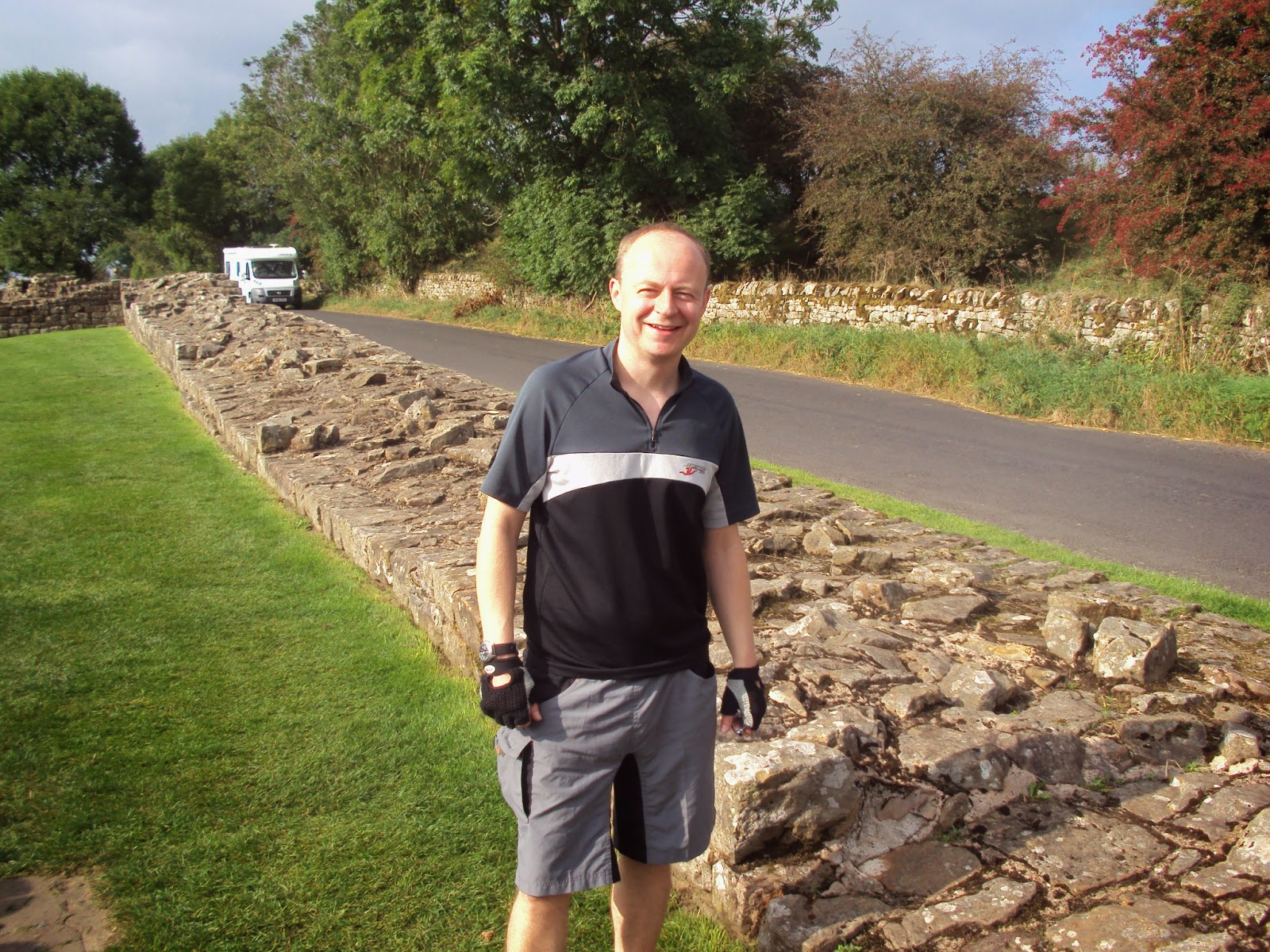 So for anyone interested, I'm riding a cheapo (Halfords £99 in the sale) Mountain Bike "Shockwave" with 18 Shimano gears but have modified the bike slightly by adding some "semi-slick" tyres to aid my speed on the roads and cycle paths to work (incidentally I can't claim to be cycling this 26 mile total every single day of the working week - I still use the folding bike on my "off days" so to speak - and I have to confess, the car on the days I need to be in faster.

But it's still a speedy journey on the mountain bike to and fro - the 13 miles takes me about 1 hour 13 minutes on the downhill(ish) track on the way to work and then about 1 hour and 30 minutes on the way back home.  But it's satisfying to think I'm getting my exercise out of the way within the working day, rather than having to go back out again once I'm home in the evening (and it's relatively cheap compared to the gym!)

So a lot of this "training" was in aid of a charity bike ride that a colleague at my office set up in late summer to cycle "The Wall" - Hadrian's Cycle Route, in fact - and I thought I'd let the pictures do the talking for the rest of this post on that epic 62-mile journey which took us from sunrise to sun-fall to complete... 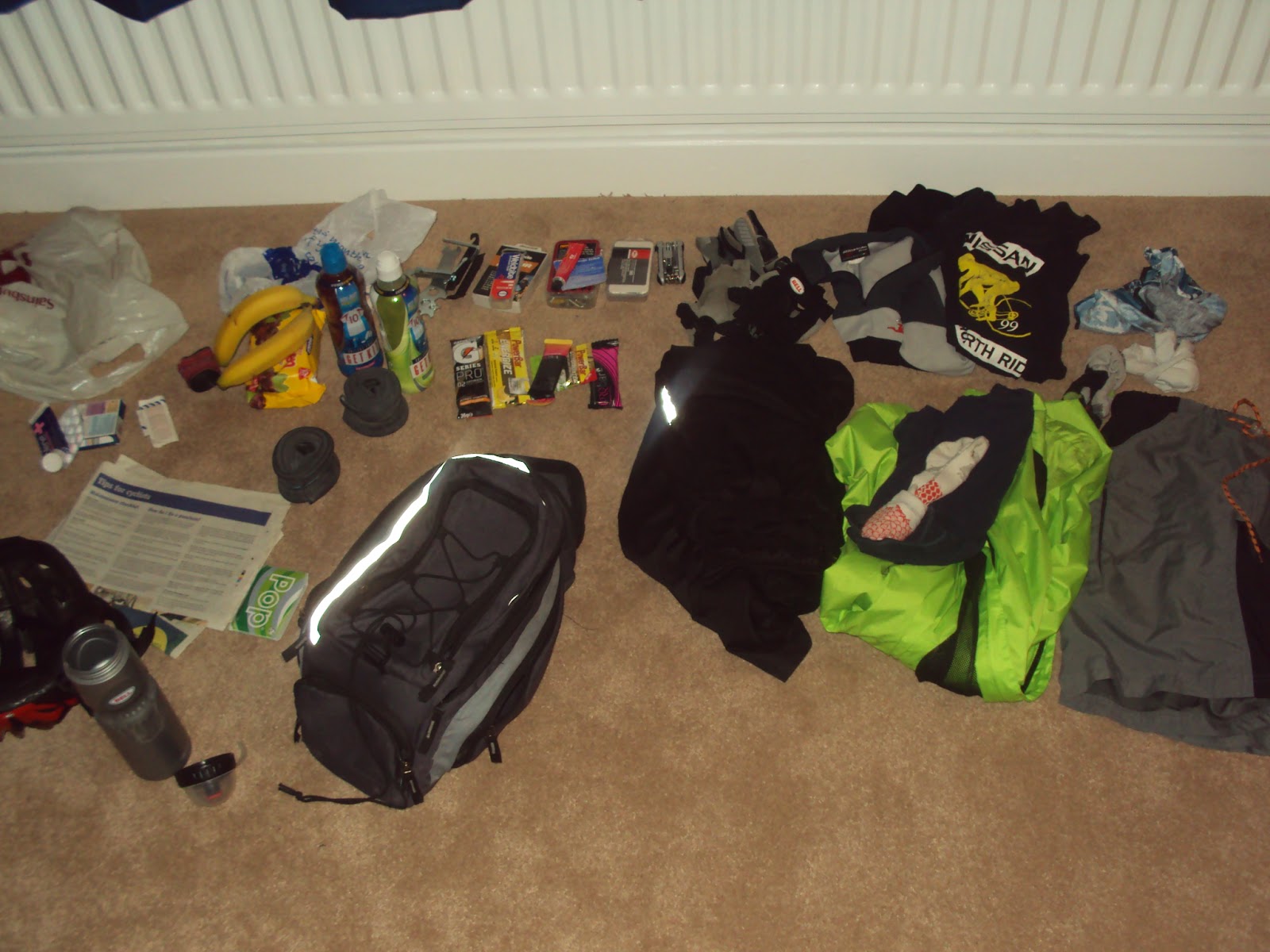 The day began rather early - up at about 5:30 for a 6:30 start -
I packed probably more than I needed but was carrying
energy bars and power-aid drinks just in case the energy sapped... 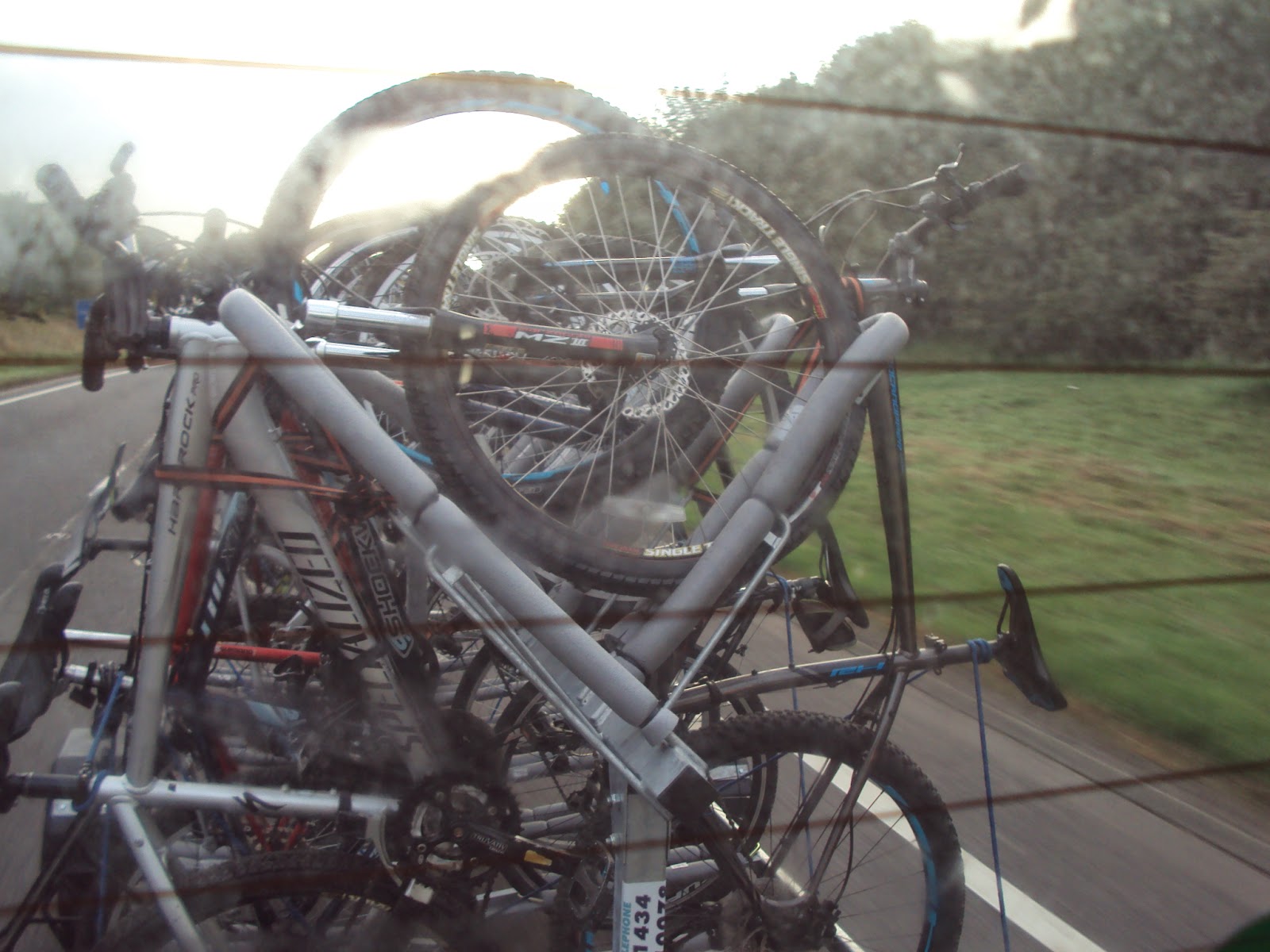 The plan was to cycle west to east along the Wall route -
so being in the northeast, we had to trailer our bikes
all the way to Carlisle to the start line... 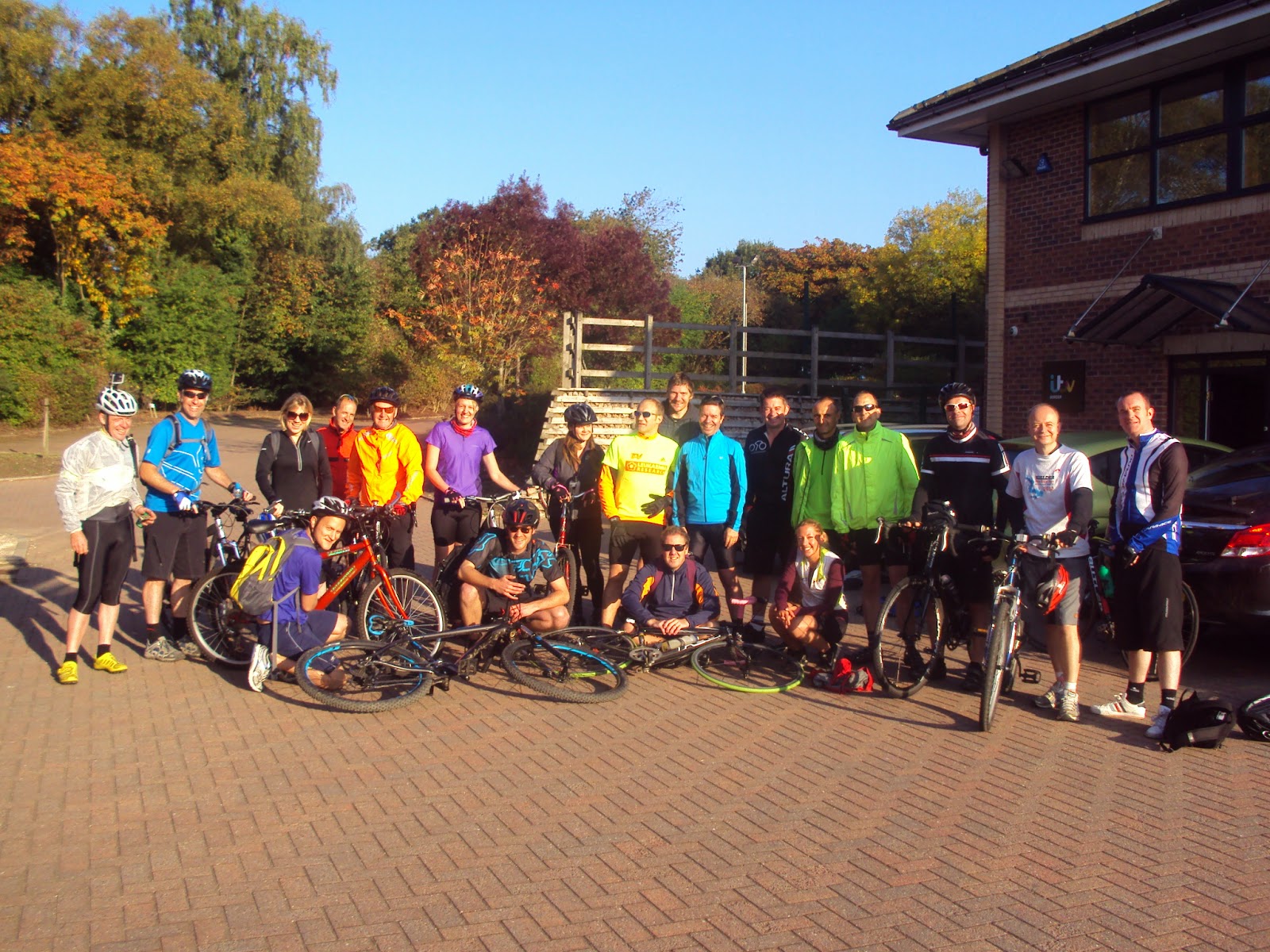 Team ITV looking fresh and ready for the challenge
outside of the ITV Border office. 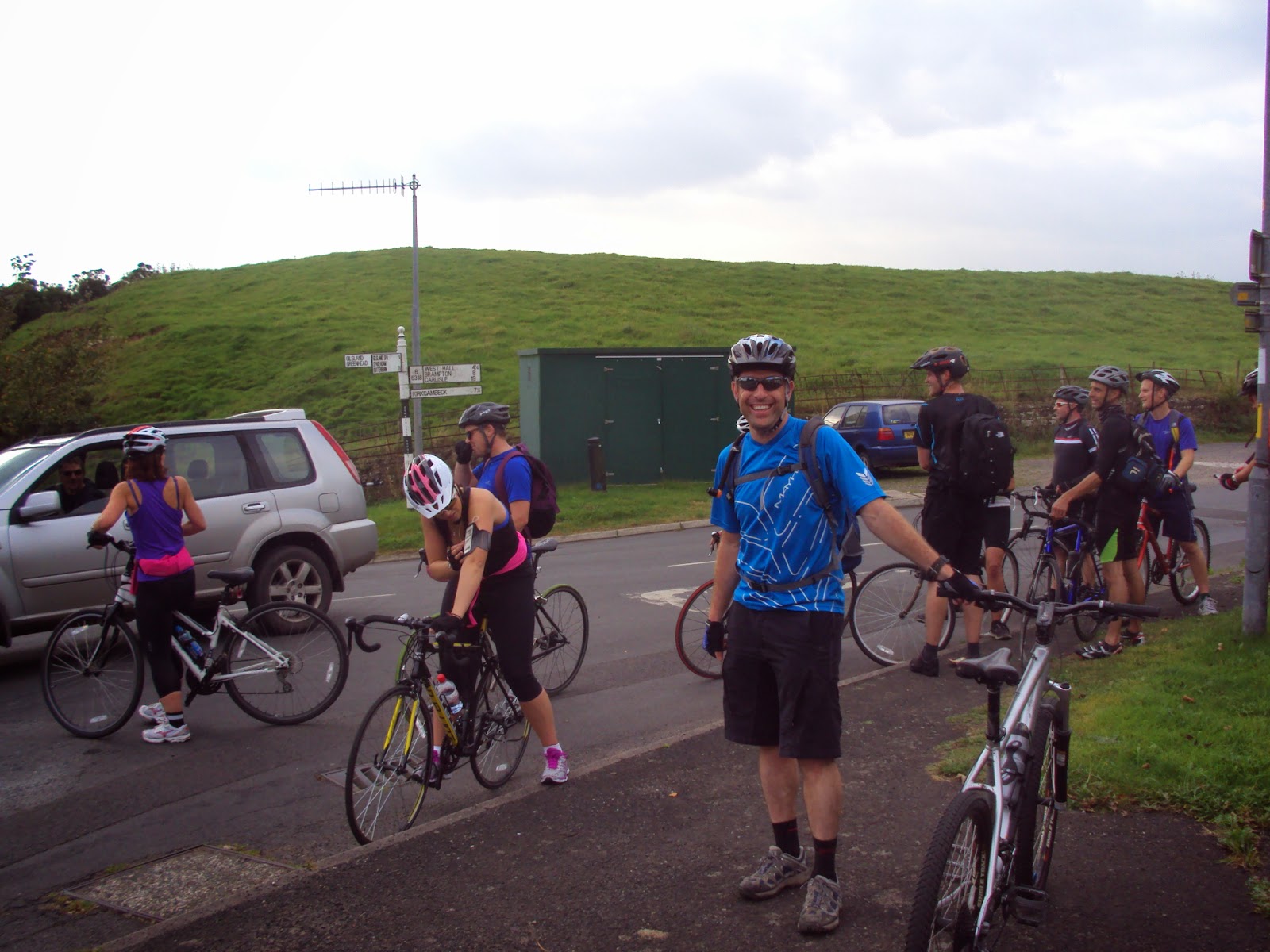 First third of the tour de Northumberland done,
the "peloton" were in good spirits on the edge of Gilsland! 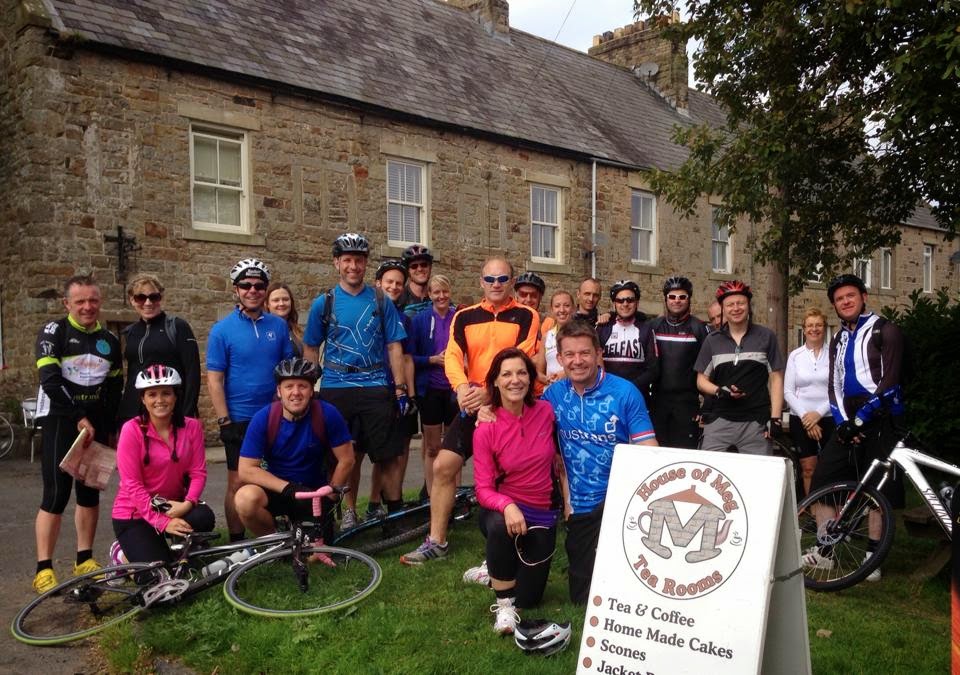 We also had our first "pit stop" in Gilsland at a fine tea shop
called 'The House of Meg' - mid morning elevenses became lunch! 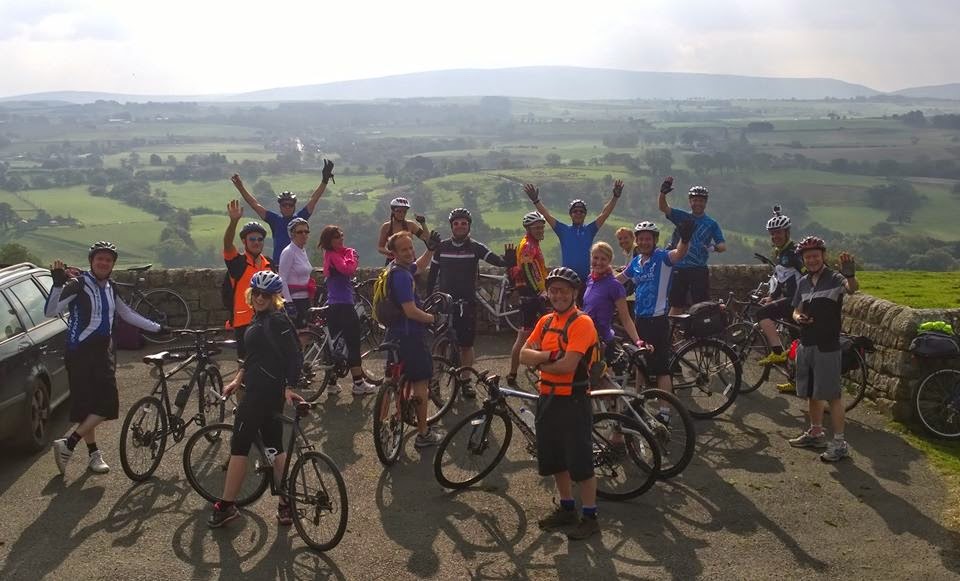 Buoyed by our fuel stop we rode on to catch some fantastic views
across Tynedale and our first glimpses
of the remaining ruins of the Wall near Birdoswald. 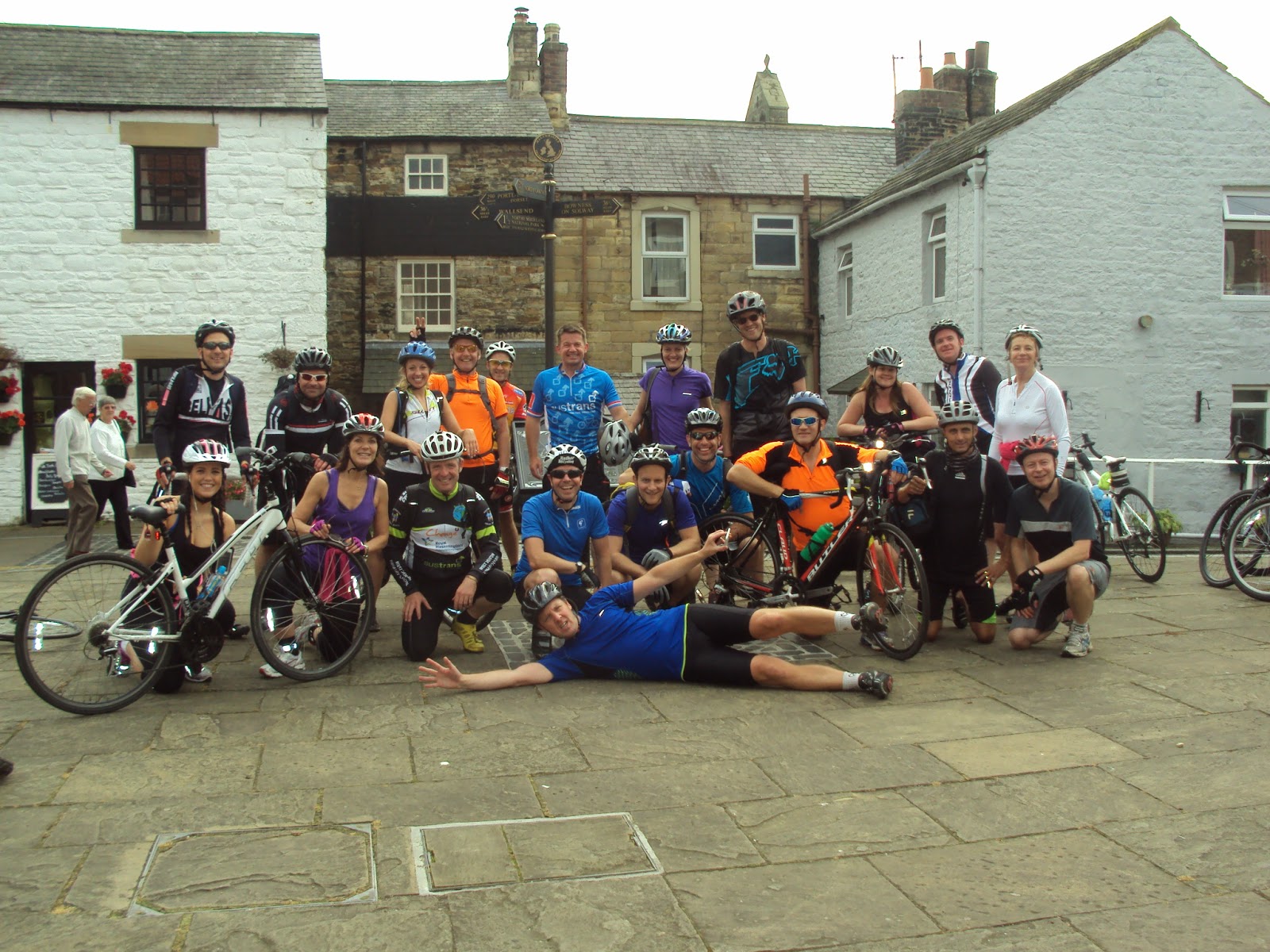 We rode so far that we reached the Centre of Britain!
That's Haltwhistle town's claim, anyway... 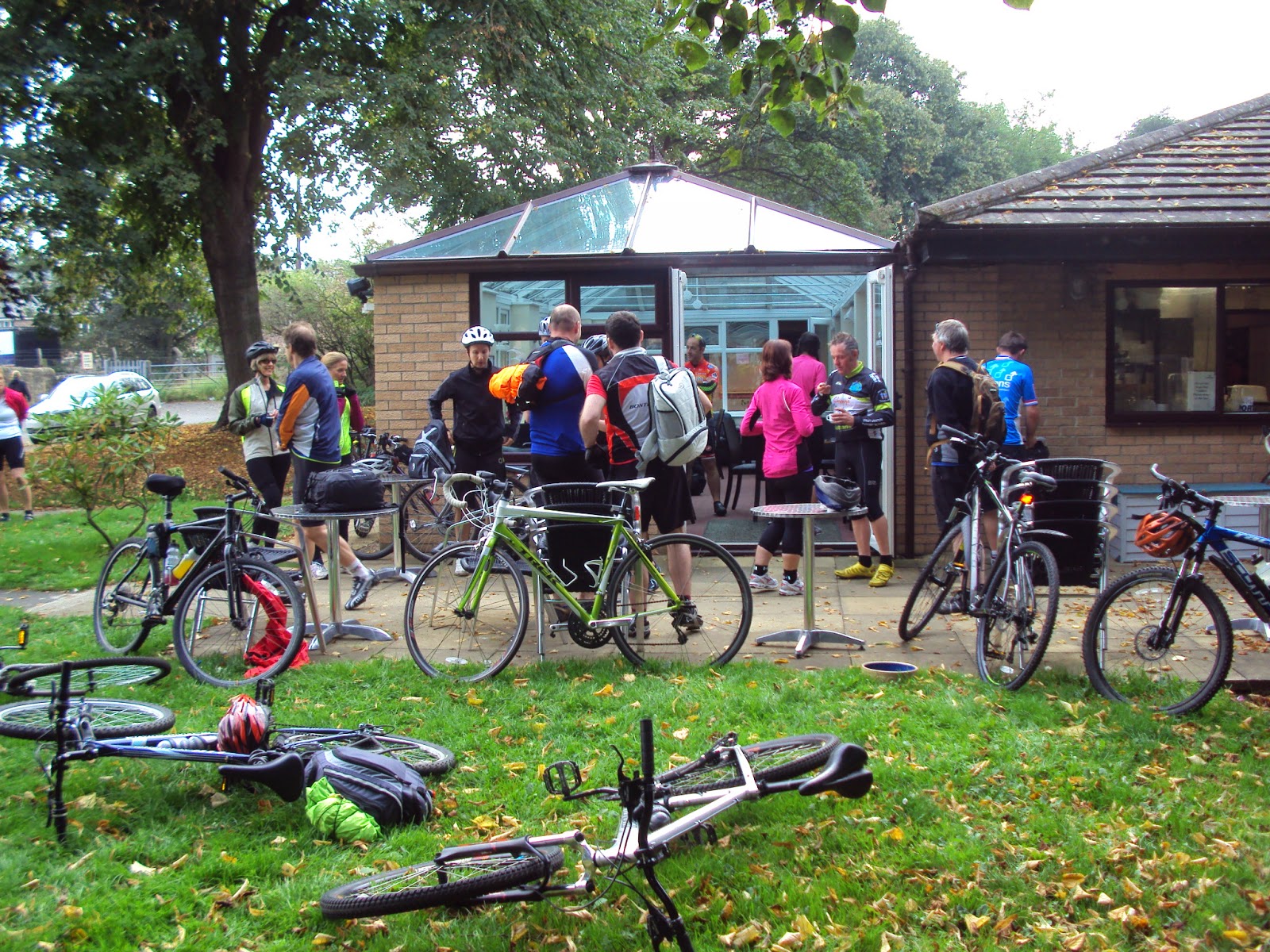 A tough middle section along the Wall route around Vindolanda
finally (and achingly) led us to our late afternoon stop of Hexham
and more food to fuel the final leg towards Gateshead. 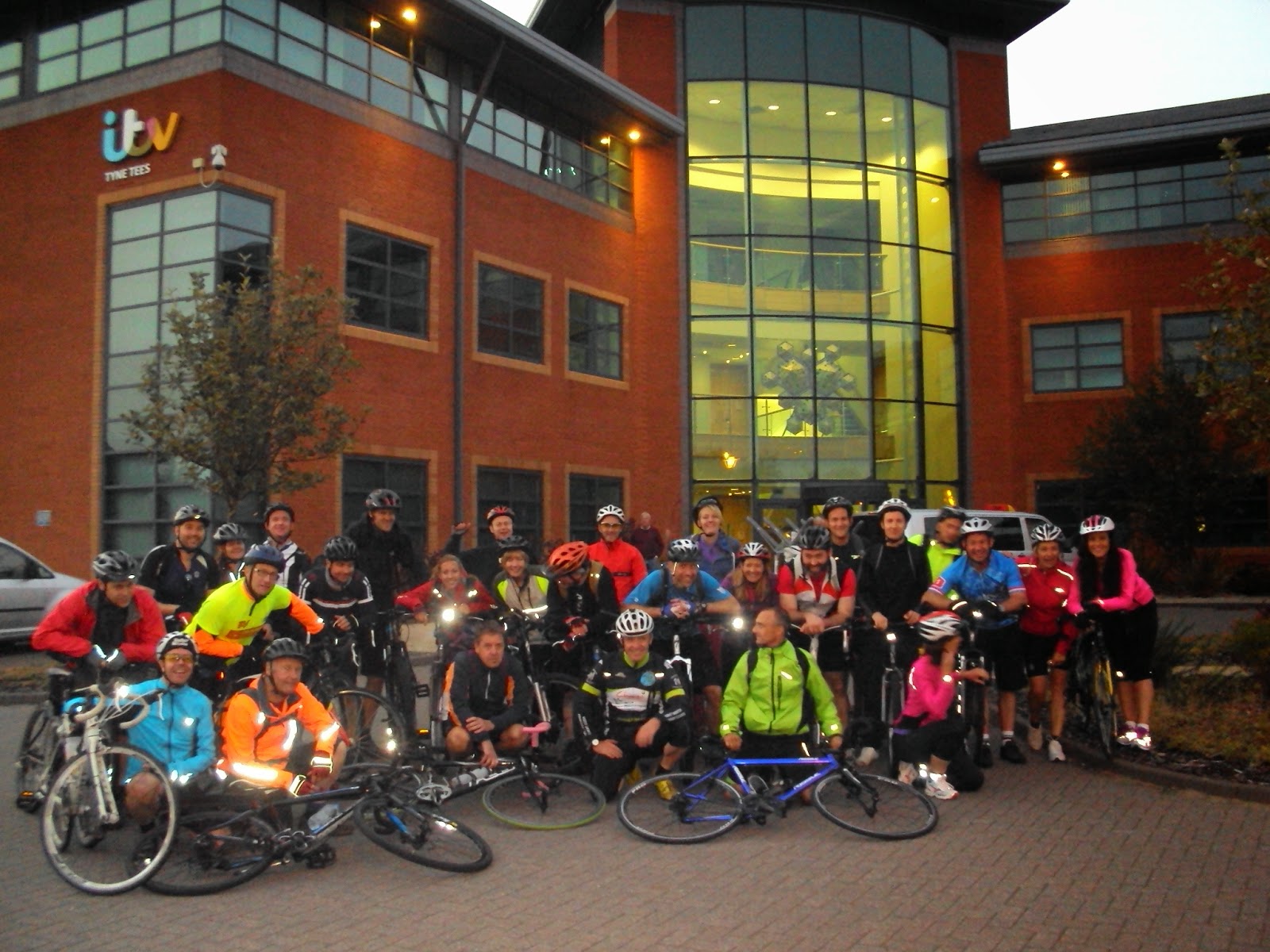 And as the daylight faded on us back at the ITV Tyne Tees offices
where we'd began our epic journey about 12 hours previously,
we still had the energy for some cheesy grins!


Overall, this being my first experience of attempting a cycle trip on this scale, I'd say it's something not to undertake without a bit of training beforehand - but that said, as with any event like this, the camaraderie and atmosphere on the day (and mercifully good weather!) does carry you along for a few miles of pedalling at least.  There were definitely some testing moments along the way - including the hilly sections around Vindolanda but the views along the same countryside more than make up for it (and you can always get off and push the bike up the hill - no shame in it, I did that once!)  We were helped along the way by a great cycling expert Dave Buchan who has a business taking community groups on safe cycle rides. He mended broken chains, repaired punctures and generally offered encouragement as we got towards the more difficult parts of the trip.

As  to my scribbling obsession, I'd say these longer cycles are even more of a great outlet to divert my busy mind and let the ideas flow with a bit more structure (maybe it's the adrenaline?!) but I did carry a small notebook and pen with me and cycling back through Roman Wall country, I was put back in mind of one of the adventure books I've got on my writing "to do list" with the codename Seven/Eleven. 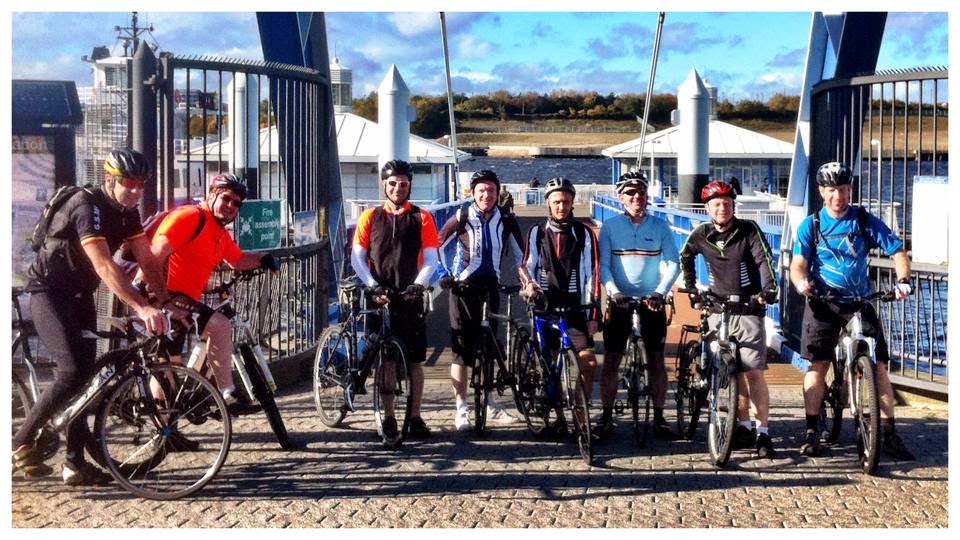 The Team ITV cycle group continues...
(who knows, the next trip might form a Part III
of this trilogy of two-wheeled posts!)