In 2014, I've found myself and my scribbles drifting closer and closer towards thoughts of scriptwriting... I still consider myself as an adventure-novel writer but I'm also on a bit of a journey this year in exploring other forms of creative writing anyway (with resurrecting old poetry and trying out my pitching skills through my day job at ITV).

For as long as I can remember, I've been a huge fan of stories told through the medium of television and film, having always enjoyed sitting in front of the box at home and also spent a lot of time in my various day jobs over the last few decades working in TV.  And within the longer stories I try to construct in book form, I've become increasingly aware that I 'visualise' scenes and action, more like films and TV portray.  So I've got to thinking about my various favourite stories on-screen over the years (there's many, and the others I will no doubt get to in the next few years here on the blog!) but one TV series in particular that sticks out as a milestone in impressing me with a "continuing story" on screen was the Star Trek series Deep Space Nine...


At the time this series came out, I was in Sixth Form here in the UK and as usually happens on the small screen as well as the big, a rival series in a similar setting came out in the form of Babylon 5 (I didn't actually watch this one, although recently I bought a copy the book by its creator, Michael J. Straczynski, on Scriptwriting) but DS9 somehow just caught my late-teen imagination.  It was a spin-off of Star Trek: The Next Generation, set in the same time period, so established continuity was preserved (something I take quite seriously in my writing) but set on a remote station in a small corner of our galaxy as opposed to a voyaging spaceship moving around the known universe...  The potential for "static" boring stories set in the same place was there but from the get-go, DS9 set a standard for creative narratives with diverse characters on the small screen which I admired. 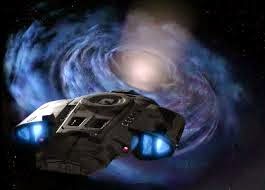 In terms of scribble and scriptwriting analysis of DS9, it was probably the first time I became aware of the structure of TV shows - prologue, three acts etc. and Star Trek series in particular always had "A" and "B" stories (and sometimes "C" too!) where there was the main thread of a narrative for an episode but also a more minor story running through, to beef out the episode (sometimes, cleverly these As and Bs crossed into each other!)

Added to this, some of the biggest names in TV writing today began their tentative scriptwriting careers on DS9 - Ron B. Moore (of the very-well thought of Re-imagined Battlestar Galactica), Rene Echevarria (The 4400 and Terra Nova) and Ira Steven Behr (Dark Angel and Alphas), as well as the great, late Michael Piller being credited as the show's creator - all influences in my growing awareness of how genius tales can be told with the constraints of the small screen.

But it's individual teleplay tales that stick with me most - episodes featuring my favourite characters and conflicts of the series and ones which inspired (and still inspire me) to become a better writer:

Captive Pursuit - "Tosk" - what a great character! This was an early Season 1 story which really set
the tone for the series to come as a whole.  It was a "hunter and the hunted" narrative which saw a chase that had been going on across the stars arrive at the Space Station.

Past Tense - yet another amazing character in the form of "B.C" (and inspired a certain pen name of
my own...) helped drive this two-part teleplay along, set only 30 years ahead of our "present" - it was a time-travel tale with real "cause" and "effect" narrative storylines, showing a potential social history of a Utopian future... 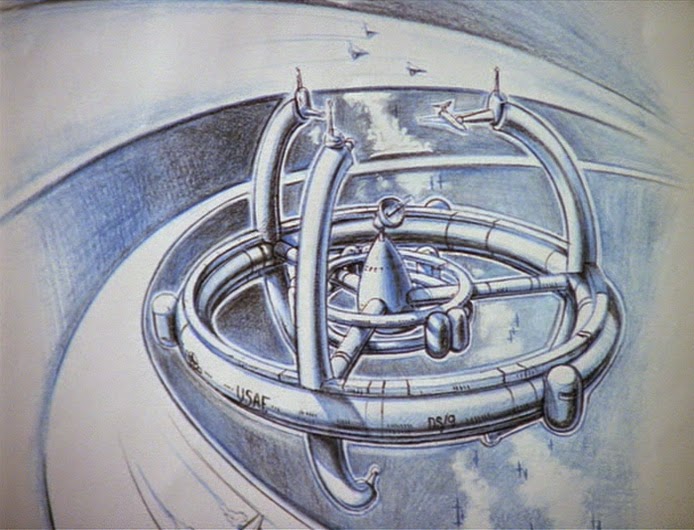 Far Beyond the Stars - I was particularly drawn to this episode because of it being set in 1950s America, an era I'm drawn to for some reason, added to this it focused on writers and writing...  It was also a clever script which played with reality and asked "Which came first - the future or the past?"

Empok Nor - this genius episode expanded the Trek universe of DS9's small corner of the galaxy by showing us another "deep space" station (perhaps DS7 or DS8?) and so used essentially the same sets for shooting but dressed a little differently to evoke a unique setting (scripts that utilise existing sets in interesting ways, rather than inventing new set-builds are a major plus to producers trying to eek out their meagre TV episode budgets) But there was more to this episode than that, it used a small set of characters to great effect in a 'thriller-esque' tale, killing off one person at a time AND it used the "red shirt" of the week curse of Star Trek to good effect too... 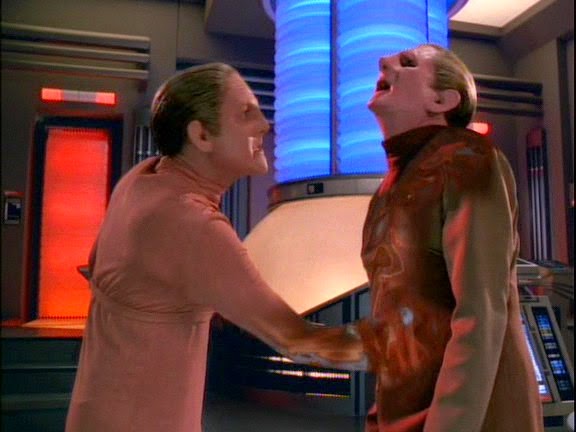 The Adversary - this was a brilliant take-off of the classic 80s sci-fi horror flick The Thing (which
was a brilliant remake of an older movie made from an eerie Who Goes There? showing that a big screen concept could be told within the limits of a 44 minute small screen teleplay).  Again, set within the claustrophobic confines of an existing small starship set, the episode was a game of cat-and-mouse, clock ticking to ramp up the tension, to discover just who an imposter onboard and among our familiar crew might be... 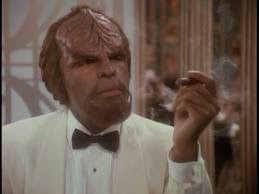 Our Man Bashir - a brilliant Bond pastiche episode - some awfully good puns were played out in this "holodeck gone wrong" story and I think I was most drawn to it because a lot of my writing nowadays seems to lean towards the "spy-fi" genre.

The Visitor - this was an ultra high concept time travel yarn all based on an elastic band theory... A father/son dynamic played out at high stakes but without all the crash bang wallop of an action story - real emotion was stirred in the viewer from a more character-driven tale...


There's many, many more episodes I could have cited as great examples of scriptwriting, including The Way of the Warrior (ramped-up action with bigger budgets) and the "War arc" episodes which dealt with the traditionally non-Trek territory of the long-term effects of our main characters at war and not in peacetime...  So as I continue on this new path of searching for my scriptwriting scribbles, I'll be drawing on influences like DS9 for inspiration for new screen stories to come...

about writing Fan Fiction film memories on other writers sci-fi