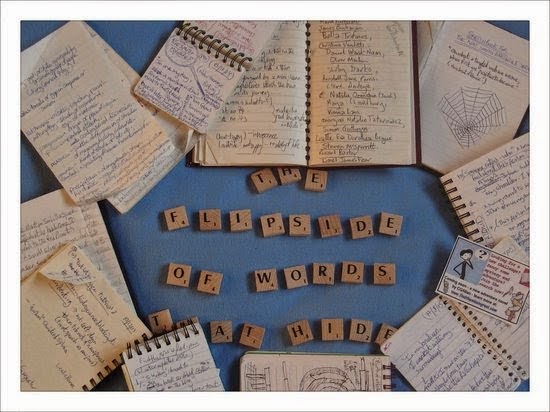 Some eagle-eyed readers (or indeed "listeners") may have found out that I've been going through a bit of a period of "writer's block" recently.  Now, I'm sure different scribblers define this pariah of a 'condition' by different degrees, but for me, it tends to be when I hit a significant amount of time (probably about 2 or 3 months) where although I'm still having ideas for stories and jotting down notes for future books, I'm not actually getting down to a daily routine of the hard graft of writing.

I've no idea why this happens but this particular bout has come at the end of a rather long over-development stage (drafting and redrafting) of "my space saga".  And while this was definitely a milestone, having worked on that first adventure novel for a good decade, perhaps the exhaustion factor had set in a little and I hadn't realised, as I tried to launch myself into my next project of "my gnome gnovel", petrified that I'd just grind to a complete halt after my great magus opus was "completed".  So my present situation with the writing is that I'm regrouping and redoubling my efforts on that book about the tiny-people (which in itself, being more of a fantasy narrative structure, is a departure for me, out of my comfort zone of writing - perhaps this is another contributing factor to the writer's block?), but in the meantime, I'm also keeping creative in other ways with my writing... 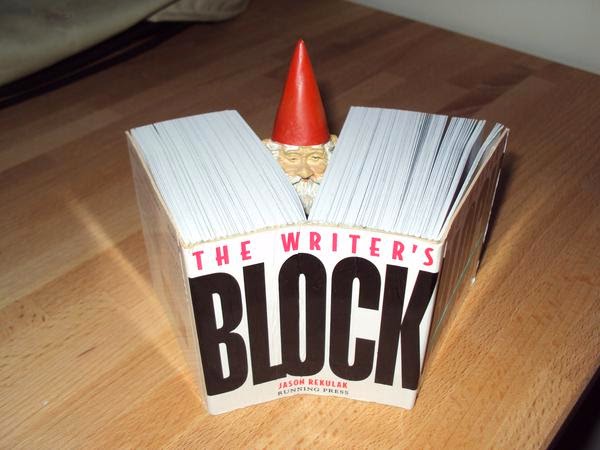 Now, back in February this year with my 2014 "Preview" post, I laid out a more slender to-do list and set myself a modest challenge for the year with my scribbles to "keep it simple..." as the old movie idiom goes - revisiting old haunts of short stories and other tales which I'd scribbled a while ago...  I thought it might be good to provide a bit more detail here in this post on these as a sort of update and also as a way to keep myself motivated in an attempt to encourage me to keep going through this latest bout of writer's block... 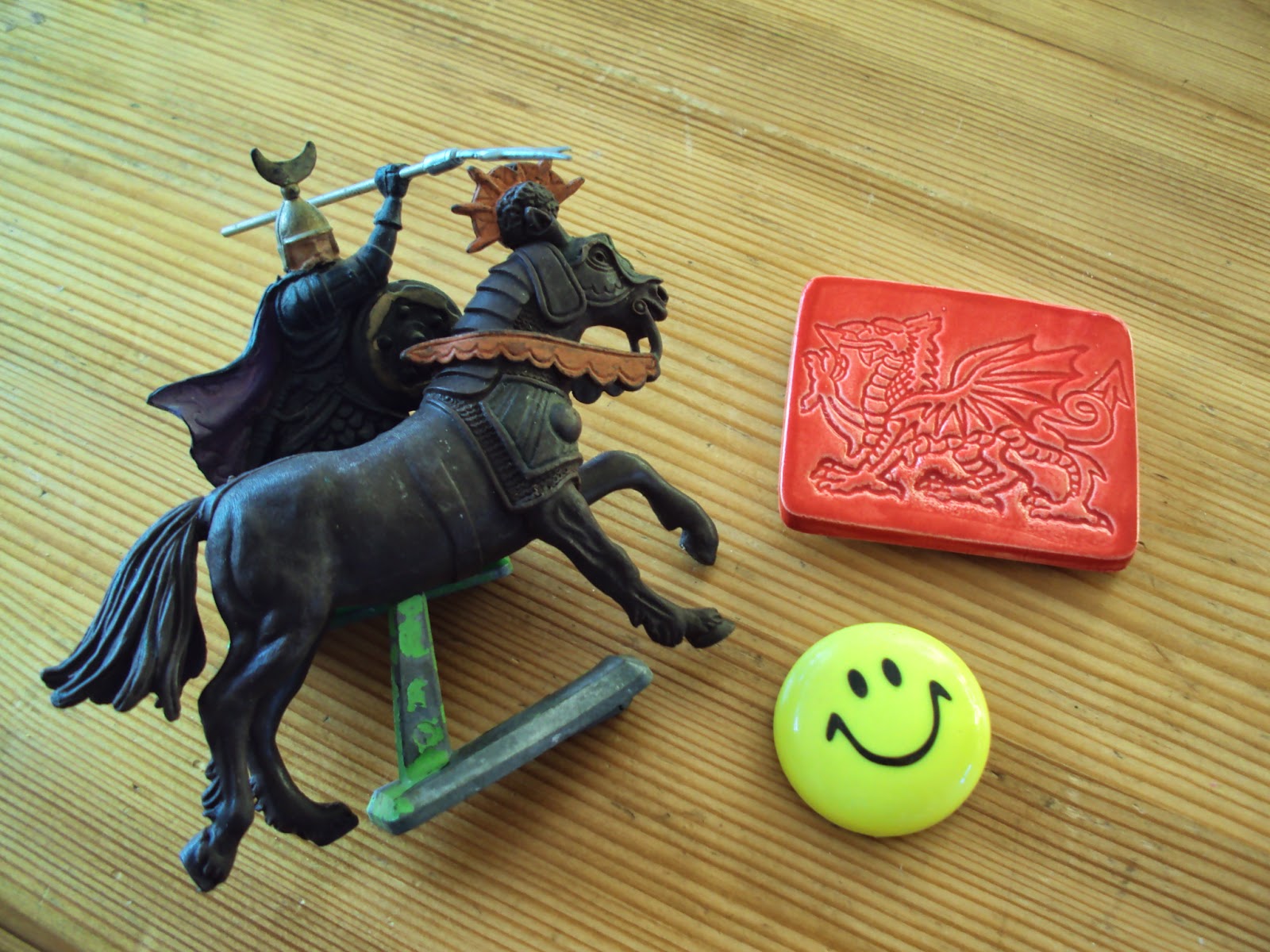 The REAL departure for me and my scribbles this year is trying my hand at poetry... (But I take comfort from the fact that I'm not actually attempting to be the next Wordsworth!) My poem is an attempt to revisit an old comical tale I wrote way back when... with an eye to try my hand at submitting a picture book idea to a publisher - which is yet another departure for me as I usually gear my stories towards a Middle-Grade readership or Young Adult.  But I'm hoping that exploring this new avenue off my Road to Publishville while I've hit the writer's block will bear some fruit, or at least teach me a few new lessons that I can take back to my regular writing pursuits... (there's a picture preview of this poem on the "Wiggly Lines" page of my Official Writing Website) 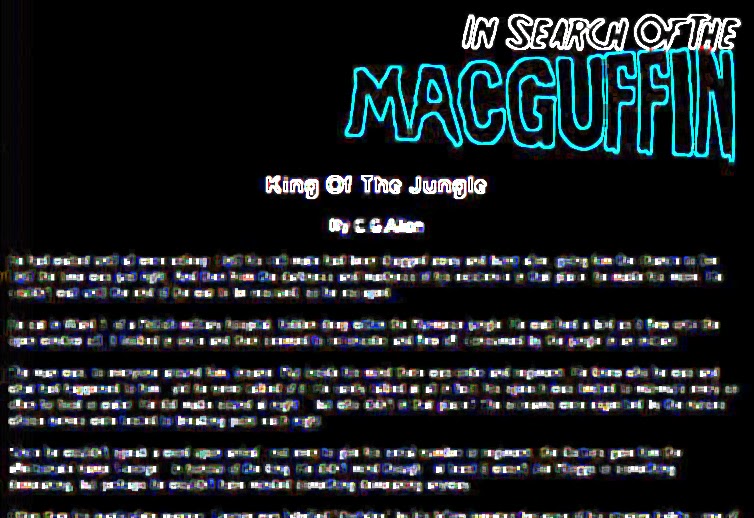 I AM going back to look at an older short story though, as well as that poem - the tale is in fact the first serious attempt at writing a short story that I made, and the one which set me on the path of wanting to become a published writer in my adult years... I'm actually redrafting it with a view to add illustrations by a very talented artist who for now shall remain nameless but whose work I've been amazed by every time I've seen any of it...  And this will probably form the |first of a "second wave" of short stories to be showcased on each of my "featured fiction" pages on my Official Writing Website (for now there's a picture preview of this short story "King of the Jungle" on the Lit Fic page of my Official Website!)

During 2014 too, I'm also getting all SPACED out in a universe not too far away as myself and graphic artist Rich Windass continue to develop our graphic novel project - "Simulacrum".  This is an out-of-this-world adventure linked to my first adventure novel and could well become my one and only “franchise”...  It's definitely turning into a space odyssey for the two of us completing this project but good things come to those who wait, and like outer space itself, this saga is an ever expanding and unfolding universe... (there's a picture preview and a lot more of "Simulacrum" on the Seal Your Own Fate page of my Official Writing Website!)

So there it is, my own personal technique to tackling the dreaded 'writer's block' - if you can't be creative with the scribbles you're wanting to get on with, keep on being creative in other ways by revisiting old stories that you once enjoyed telling - get re-aquainted with them, dust them off and redraft them, to keep right on practising your art...  One of my artistic heroes Leonardo da Vinci apparently once said, "Art is never finished, only abandoned", and I don't really intend to do that with ANY of the stories I set out to tell, so this process, although it could be seen as stepping backward, is a useful one, in my eyes, (especially if I get some "brand new" tales to showcase on my Official Writing Homepage!) - I just think of this as my never-ending story exploration of a never-ending imagination... which, when you think about it, can't really be a bad thing for an aspiring book writer, anyway!

Oh, and next month, there'll be a sort of "Part 2"
to this post of keeping creative
and exploring other ways of writing
during the writer's block when I bring
some news about my creative pursuits
in the day job - and with any luck,
it's going to be BIG...
about writing getting published n New Stories writing and the Web