Not just on the cutting room floor!

So here we are at the end of the year - it's personally been a good year for myself and my writing - I've managed to close the cover on my first adventure novel and begun work on my third with the working title "my gnome gnovel" (where's the second novel, I hear you ask? Well, wait for my 2013 Review and 2014 Preview posts in January and February next year to read more...) But the other great thing to come out of lucky '13 for me is that I've been fortunate enough to advance and hone my creative skills in the field of video editing, exploring the zany world of special effects and indulging my passion for all things film - and best of all, this was all during working at my "day job"... 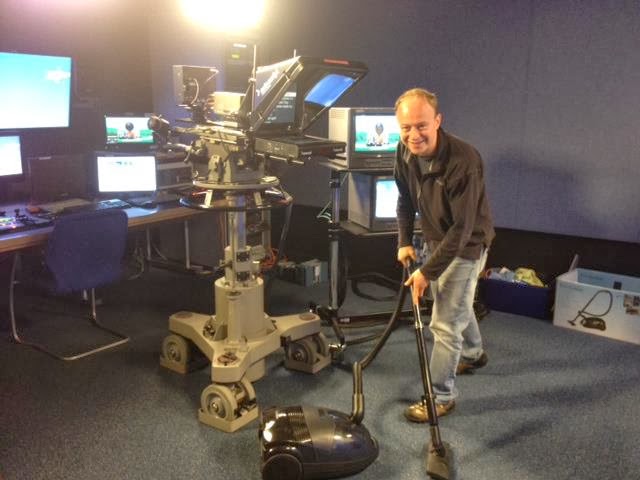 So far working for ITV here in the UK I've been able able to gain studio production skills in using HD cameras, setting up lights and working vision-mixing desks for BSL programme content (starting from the ground up, coming from my old media job as a TV subtitler, I now perform a range of studio tasks, from keeping the studio clean and tidy, to rolling autocue and full-on programme-editing and file recording to the UK Broadcasting Standard as we slowly phase out old-fashioned 'video tapes'...) 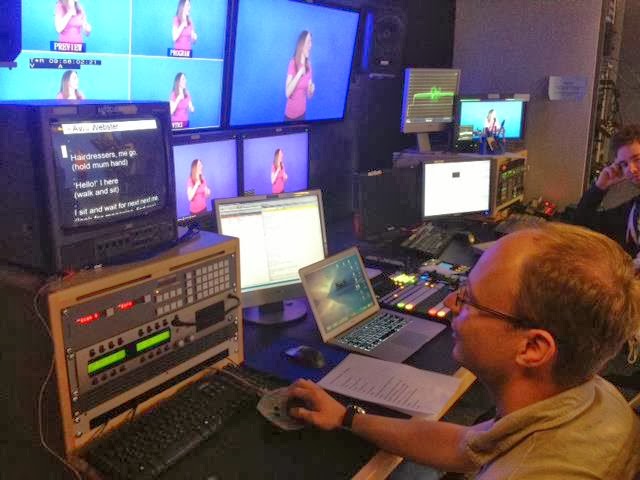 And while all this is fun and exciting, during this past year in particular I've been given the opportunity to get more involved in my department's other creative output, which was formerly only work on the Signed Stories website and has now evolved into the Signed Stories App.  So my role has been to edit and produce the final polished video product which is put onto our App and is used by deaf and hard-of-hearing children (but also a lot of hearing children too) to view popular kids stories translated into British and American Sign Language, complete with animated story pages. 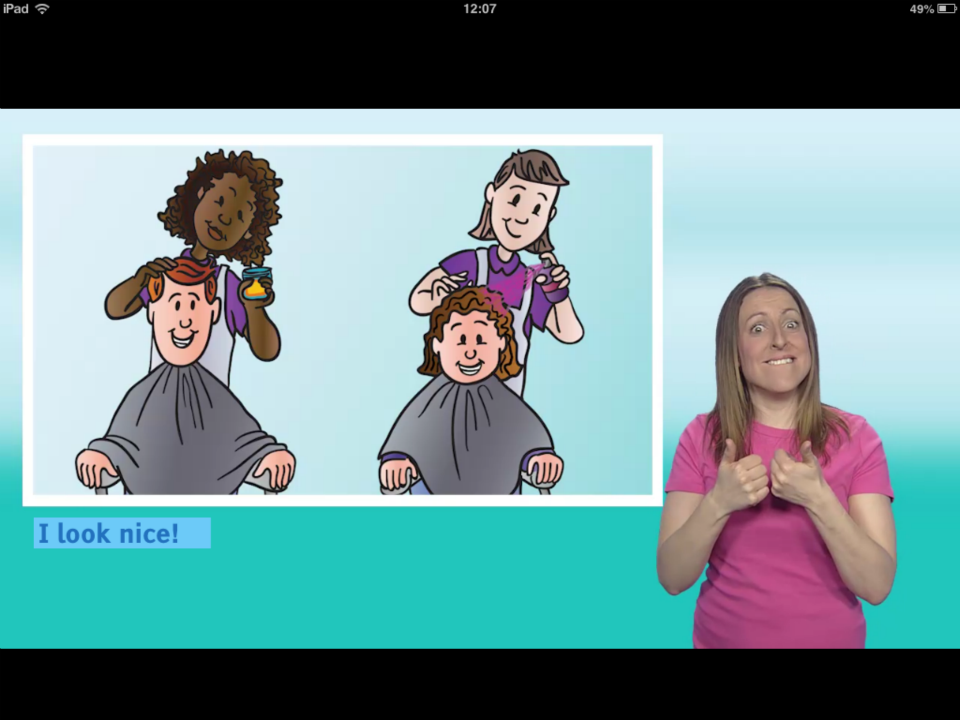 And it's the animated area of the App that I've also been fortunate enough to starting moving into as 2013 went on - first up was a trip to the Adobe HQ here in the UK for a few days on a crash course in their video editing package Premiere Pro and then it was back to work to start cutting my teeth on some 'junior' animations, using a technique called "pan and zoom" across still images to create the illusion of movement.  But the magic of the Adobe tools I was using meant that I was able to also add some inventive "special effects" here and there to create some extra pizazz to the stories of a young child's first visit to the doctors and also to the hairdresser's. (It's one of those strange quirks of life coming full-circle that today I'm working in TV trying to perfect this pan-and-zoom style and years ago, without realising it, one of my favourite television series on the "Wild West" by the documentarian Ken Burns actually used this exact same technique to great effect on television...)

Working in the media always provides a varied work day and alongside this editing experience there's been other highlights too - from providing the voice of a "Geordie giraffe" in a story I eventually ended up editing and also helping to create a special 'splash' transition effect on...

...to video editing external ITV client work for a local (but nationally recognised) centre of excellence for the Children's book - and this year saw a project come in to us to provide BSL translation along with subtitling for an exhibition at Seven Stories focusing on Enid Blyton.  So I spent some happy days in early summer adding captions to the old TV theme tune to The Famous Five and documentary films focusing on the Mallory Towers series of books which would eventually appear within the exhibition space to provide accessible video content on large-size screens for visitors to Seven Stories for a few years to come - so these add to another set of in-exhibition videos that I've personally had the privilege to also work on and provide television Accessibility for, at Seven Stories over the last couple of years, which have included permanent (and travelling) exhibits on the many varied works of Julia Donaldson and the How to Train Your Dragon series of books by Cressida Cowell ... 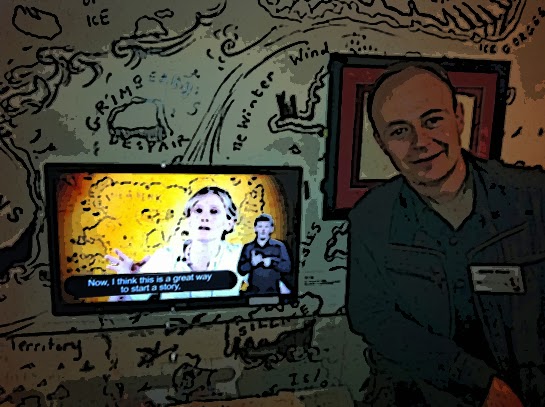 But back to the main bulk of my video editing work in 2013 at the day job and a highlight was moving onto creating more intricate pan-and-zoom animations for two "monster" picture books by UK writer Giles Paley-Phillips which were to be our App's launch stories at Halloween! 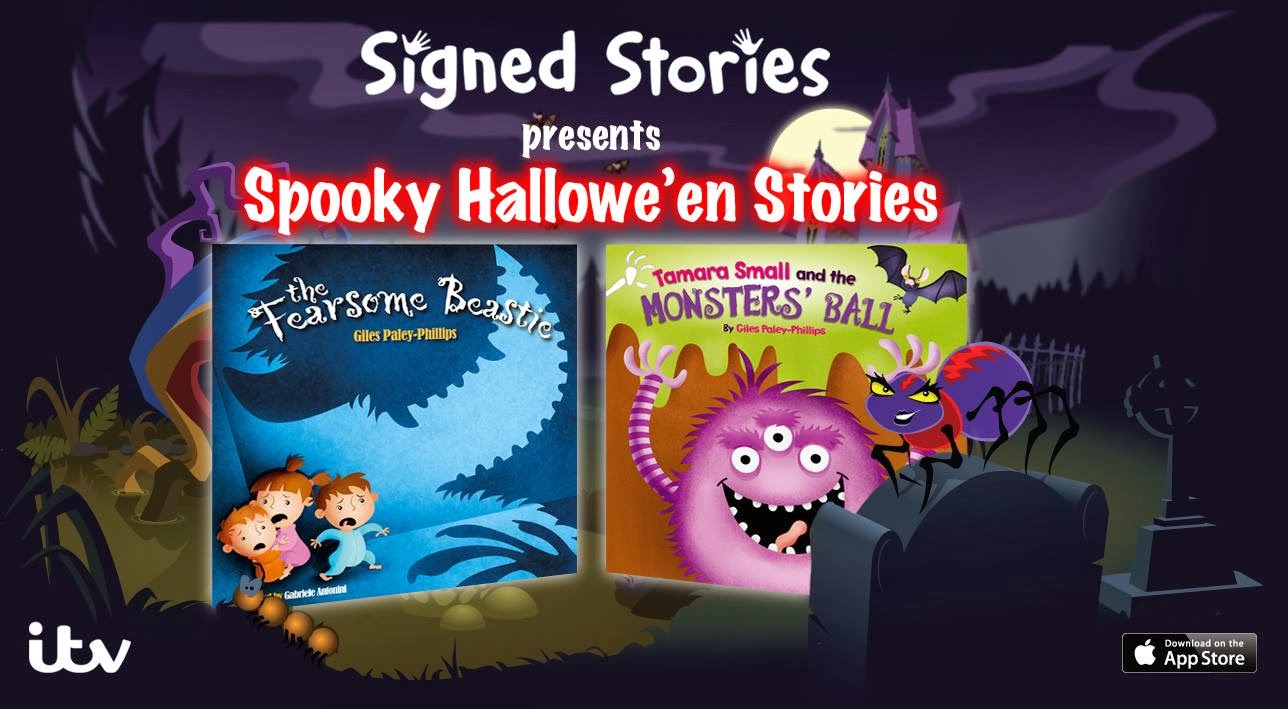 The great thing about our team working on the Signed Stories App is that everything we do is a real collaborative effort, and for these two books I was working closely with other editors and animators in our office, sharing knowledge and benefiting from their own experience to produce two stories that I'm really proud to say I've worked on...


And once again, I was able to get creative on the "simple" pan-and-zoom animation for these two spooky stories by creating some basic but effective Adobe After Effects SFX - from a splash of stardust here and there, to a quite ambitious dolly-zoom horror effect (again building my knowledge base by working with team members with a lot more experience of this particular software...) 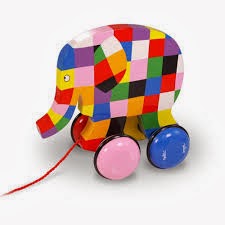 And that's pretty much where the story of this past creative year in the often weird but always wonderful world of video production ends... The adventures don't stop there though, this is hopefully a continuing tale and "coming soon" from my humble edit station are a couple of new children's books that I've animated and edited which feature a rather famous multi-coloured creature with rather big ears... As I said, I count myself pretty lucky to have a day job where I can gain all of this cushy creative experience (and of course this all feeds my passion for fantastic transmedia storytelling!) and I'm advancing my knowledge as time goes on (over the next year, I'll be targeting that other Adobe software product that I've only hitherto dabbled with - After Effects - taking a course at my local college and then usng what I've learned back at the day job...) 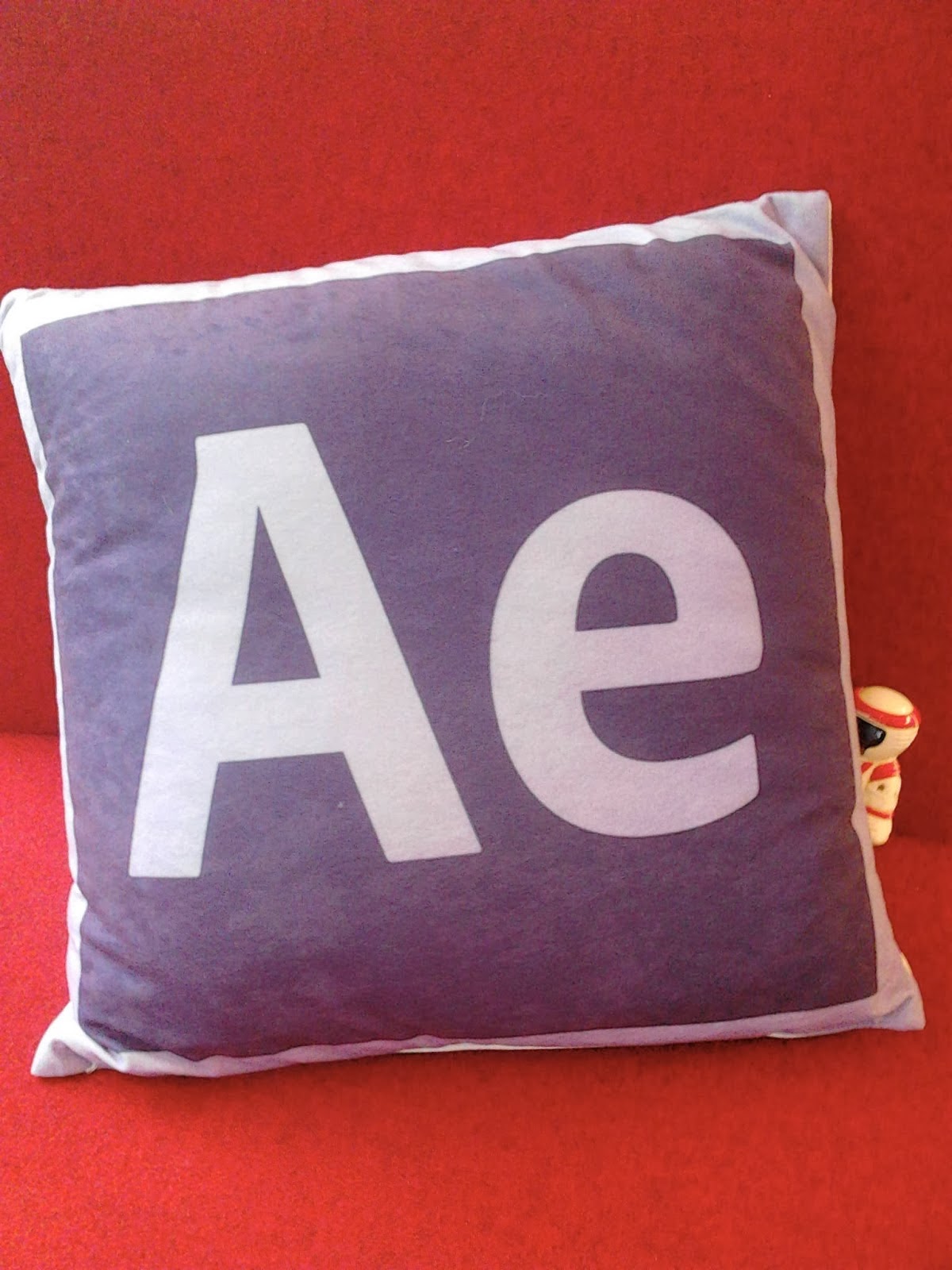 So 2014 is shaping up to be another creative year for myself - with any luck I'll get to do more sound editing for ITV too (another area I'd like to advance my skills in for my own creative writing)... AND I've even got my own idea for my own unique video-edited story that at the moment still remains on the digital drawing board (but for now this is kind of off the record, on the QT and very hush-hush!)

I guess all that remains for 2013, then, is to say enjoy the well-earned rest that the holiday season should always bring, and have a very merry Christmas...

Email Post
Labels: about writing day jobs New Stories on other writers writing and the Web