Skip to main content
NB All writing herein ©C.G.Allan 2006 to 2020. All ideas remain the Intellectual Property of C.G.Allan.
Labels
September 20, 2013

# "Slow down, you crazy child and take the phone off the hook and disappear for awhile... It's all right, you can afford to lose a day or two... When will you realise, Vienna waits for you?" # - Billy Joel 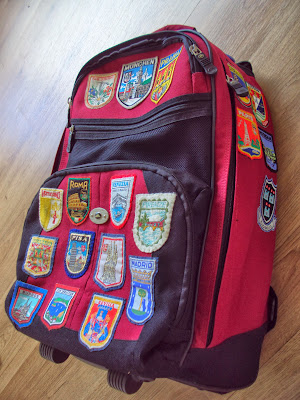 Using my blog journal this past summer to look back over our European trip of a decade ago, lots more memories have resurfaced about where we went and what happened over those fateful 2 months than were originally scribbled down in the articles I sent back home for a local newspaper...  I realised how much I'd actually missed out about the real day-to-day existence of a weary backpacker, living on a budget of 30 Euros a day, simply because for those article submissions, I only had a certain amount of word space to fit the whole adventure into...

So for this final look back, I wanted to give a bit more of a balanced view on our wide-eyed travels across the European continent, from the distance of a decade later, weighing up not just the good (and great) things that we came back from our trip having experienced, but also the not-so-good - yet, still everything that happened added to the experience and was certainly "character building" for the people we are today...

There were many life lessons learned on our epic journey but we realised sometimes (but mostly most times) you've got to take the good AND the bad - one without the other is like being in Paris and eating a bread stick without cheese...  So like a lost chapter from the Rough Guide or Lonely Planet (back then we hadn't discovered "Trip Advisor" because the inter-web was still kind of in its toddler years) here's my rundown (with titles like short adventure stories of yesteryear - which to us now, they actually are!) of the great and the downright disastrous things to watch out for when adventuring around Western Europe for the first time... 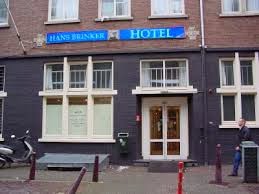 • "Hans of Holland" – In Amsterdam our youth hostel was the ‘Hans Brinker’ which has since been given the accolade of ‘the worst youth hostel in Europe’ and having to share a 6-bed dorm with 5 other men (granted I was one of them) Ali would agree with this review!  BUT having survived putting up with the snoring of the other 4 European travellers, we were in a lovely central location, perfect for exploring the central attractions of the city with a few minutes’ notice and right on a picturesque canal (which, granted, isn’t hard to find in central Amsterdam!)

• "Turbuent Terezin" – on our way to Prague, our Busabout guide persuaded our coach to stop at Terezin, now a museum kept as a testament of terror from the days of Nazis occupation.  The place was originally a country estate and is surrounded by farmland but was converted into a labour camp when the German army arrived during World War II.  There was a sickening moment when we were shown some tiny stables and told over a hundred Czech Jews had been forced to live in the place while only a few hundred yards away, the small number of Nazis officers were living large in the old farmhouse, complete with a cinema room... BUT we were glad of visiting the place because we learned an important lesson of intolerance and how low humans can drop to.  As upsetting as this visit was, I did appreciated hearing this story and it proved to me that remembering the dead and our history, no matter how horrific, matters.

you go seeking - muggy and congested, we were glad to be staying on a campsite outside of the city.  (Although we did get our worst joint-hangover ever on that same campsite, drinking 2-euro (yes, 2 Euro!) wine cheap... BUT we also discovered the sweet elixir of life that is frozen bottle water, placing a 2-litre bottle into the campsite shared kitchen freezer each night and then getting it out the next morning and letting it slowly melt as we drank it in the molten temperatures... To this day, we still put a jug of water in the fridge at home!)

• "The Boot and the Elbow" - Italy might be seen as the boot of Europe on a map but we'll always remember the country for "the elbow"... During our stay on a campsite in Rome, Alison fell out of a phone box after calling home to the UK and landed on her elbow - we spent a few worried hours in an Italian A&E with little in the way of language skills on either side BUT we also experienced the fastest car journey of our lives so far from the campsite to the hospital as the owner's son, who was also the bartender serving the largest vodka and orange juice (think UK measures and reverse!), rushed us to the hospital. 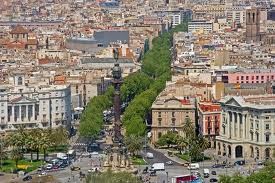 extra careful of pickpockets as we inevitablty meandered our way down "La Ramblas", a lively never-ending street market which tourists flock to when they visit the city.  Since we'd landed in Paris at the beginning of our Euro adventure, like virgin backpackers we'd been carrying our daypacks on our fronts, not our backs, but the warnings from the guide put us a bit on edge, but also on our guard, which I guess was a good thing, really... BUT because of our heightened awareness of our new surroundings we stumbled upon and discovered El Corte Ingles, a brilliant department store with a deli section, that was vegetarian friendly (not something you can say of much of Spain) AND air-conditioned...  Our stay in Barcelona also had the sprinkle of good luck in that the youth hostel we stayed in on the harbour was plagued with bed bugs but by some strange miracle our particular dorm seemed to be the only one that escaped the infestation...

• "Madness in Madrid" - when we hit the Spanish capital Madrid, I was suddenly hit by the realisation that it was probably the hottest place I'd been in my life...  Depite the sweltering conditions in Italy that we'd just left behind, walking up to our hostel from the Busabout drop-off I could feel all 40 degrees of the heat passing through my nostrils as I breathed in through my nose, (and of course, the worst was still to come in Seville with a record 52 degrees C later in the trip!) BUT as I was scribbling away at the beginnings of my first adventure novel which had a space saga slant to it, I was able to channel this fiery feeling into how my character might feel on a distant red planet... And because of the heat we also learned to experience and enjoy the Spanish art of the afternoon siesta...

• "Villany in Vienna" – unfortunately the real low point of our trip around Europe hit us in Vienna where we were unwittingly hoodwinked in Prater Park, the traditional fairground attraction which tourists must flock to when they visit the city – it involved an archery stall ending up charging us 40 Euros for 4 arrows and then threatening us to get the police if we didn’t pay up – green with 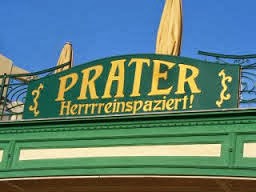 inexperience of globetrotting and having read in the guide book that local police usually sided with locals we begrudgingly handed over the money.  We still wonder to this day how many other young travellers have been scammed in the 10 years since our visit...).  We also shared a memorable youth hostel dorm room with a crazy New Zealander in Vienna, who was nice enough but memorable due to the fact that he came in drunk at about 2am one night muttering to himself insanely but when I challenged him he apologised and went straight to sleep – it’s the most sleepless night I’d ever had as I wondered if we were we bunking with an axe-murderer... BUT having said all this about Vienna, we did get to see the majesty of the city’s architecture and the "Blue" Danube river which was actually more green (and that made us smile at least!)

• "The Old Parisian Runaround" - at the end of our trip, returning to Paris and trying to check into our 2-star hotel, we were told in broken English that we were being swapped to their sister accommodation and that we shouldn’t worry because our room would have "a view of Sacre Coeur" – so after a hike across a few lonely Montmarte streets we found ourselves in a less luxurious hotel with the tiniest lift on the planet – there was only space for one of our travel bags at a time which we watched ascend once the cage door was closed and we had to leg it up the stairs after them... (oh, and our “view” of Sacre Coeur was of the top tip of the spire!) BUT we did get to see a different part of the Paris Montmarte area (including because of our hotel swap a compulsory photo outside of the real Moulin Rouge which was very close to the new street we were now on!) 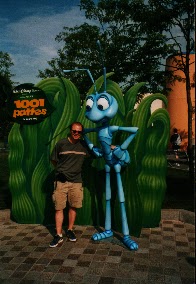 So now you know... It goes without saying that we'd both go back on a European tour in a heartbeat, .( perhaps exploring more of Eastern Europe this time) and if you've made your own trek around the continent you'll have your own "do"s and "don't"s about where and where not to go.  Perhaps my one main lasting memory of bussing about Europe in that rather hot summer of 2003 is ending up in Donostia (San Sabastian as it's known to non-locals!) in northern Spain and staying in a "pension" youth hostel.  We met a fellow Brit there who I shared some of my Lipton tea bags with as he hadn't had a proper cuppa for a few months.  I had the biggest mug of tea ever in that place and the city itself left such a lasting impression on both of us that it summed up the whole trip in one short stay - life-changing and we wouldn't have missed it for the world...

"All journeys have secret destinations,
of which the traveller is unaware..."
(Martin Buber)
Email Post
Labels: about writing history memories travel writing and the Web