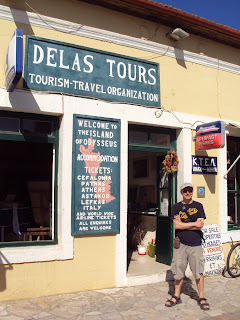 I returned recently from a family wedding and then holiday on Kefalonia in Greece.  It was an island escape from the busy world of the day job, a place to get back to the basics of the writing of my first novel and also, which I found a pleasant coincidence was where the movie of the book of Captain Corelli's Mandolin was set and filmed...

I've often talked here on the blog about how my creative writing is chiefly inspired, not by other writers, but actually by the stories told up on the silver screen...  I love travelling on this journey we call life, and as I grow older and the opportunities for globetrotting get less, I like to think about the days I spent trekking to far-off places (they do still happen, but just a little less frequently since getting a mortgage!), most of which, more often than not had a film-link and a Hollywood hook...

At the turn of the new millennium, back in the days of my youthful follies and wide-eyed wanderings, I spent a couple of extended summer holidays backpacking around Southern Ireland.  It's an amazing country to explore and a couple of the funny filmic places I came across were "Cong", a tiny village near the West coast where the classic John Wayne film The Quiet Man (1952) was filmed (today it's an eerie but beautiful place) and also Limerick where Angela's Ashes (1999) was set.  I'd actually been reading the book the film was based on before the trip and wanted to see the real streets that Frank McCourt grew up on, so took myself on a self-guided ramble around the lesser-trod lanes and alleyways of this poetic-sounding city. 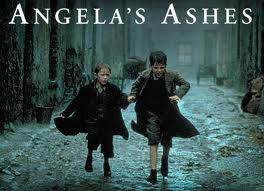 I spend my days working at a job in television so it's hardly surprising that I'm drawn to film sets whenever I chance upon them, and in 2002, whilst backpacking around Scotland on my first big trip with the woman who'd become my wife, we walked past the main square in Glasgow to find that the ITV series Taggart was being filmed.  Despite the rain, we stood for quite a while just watching the set-ups and retakes happen whilst the stars were protected by brolly-carrying runners and grips (what the hell IS a grip?  Despite, as I say, now working in TV I've yet to discover this sage profession!)  Also on that Scottish adventure we travelled to Eilean Donnan castle, which is easily accessible if you're staying near the Isle of Skye, and was where the time-turning film Highlander (1986) was shot around.  I even (sort of) re-created the shot of the McLeod's exit from the castle across the drawbridge towards battle and destiny by getting the future missus to photograph me in the same spot. 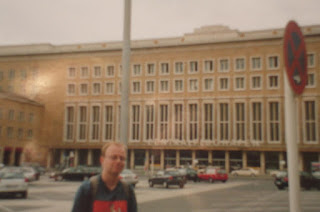 Our next epic adventure was to be "the big one", a trip that we'd saved and gone without for, for an absolute age.  And it was also one where we came across more than a few brilliant big-screen settings...  Travelling on the fantastic "Busabout" network in 2003 (more on this here on the blog next year, on the 10-year anniversary)  In Berlin we were told of an old Nazis-built airport that was used as the basis for the zepellin-port in Indiana Jones and the Last Crusade (1989), so we took off on the U-bahn one morning on a mission from 'Bahnhof Zoo', out west, to find the building.  Being a bit of an Indy afficianado, once we got there, I was a bit snap happy with our camera inside and out of the building, obsessively wanting to document the experience, and soon realised we were being tailed by a security guard - never good news in a foreign country where you don't speak much of the language...  We escaped unscathed, Indy-style (not on a bi-wing plane, flying off the zepellin!) but had a good adventure to look back on in the process.   Another inspiring place with more than its fair share of movie connections that we visited on this European vacation was also the only part of eastern Europe that we ventured into - Prague.  The majestic Charles Bridge is where Tom Cruise ran across after his IMF team was wiped out at the beginning of Mission Impossible (1996) and we also happened upon Mr. Vinnie Jones on one of the main streets of the city filming for Euro Trip (2004) which was an odd experience (let's face it, it was Vinnie Jones!) not least because the barriered-off set had a London red double-decker bus driving down the street... 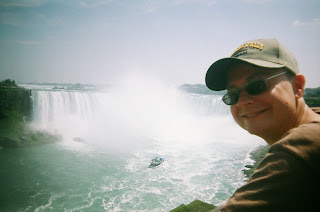 After travelling about a bit for a few years with the aforementioned woman, we decided we'd quite like to travel through the rest of our lives together, and so in 2006 we got married and went on honeymoon across Canada by train.  It was an incredible journey moving east to west from Toronto to Vancouver and I even came back with my very own Fedora, Raiders of the Lost Ark (1981) style (don't ask how I got it back through customs with limited hand-luggage!)

In more recent years, my wife and I have continued our travel obsession and the filmic links with our journeying have kept apace too...  In 2010 we embarked on a week-long quest to conquer the northern-most frontier of the Roman Empire by walking Hadrian's Wall for charity.  Around the midway stretch of the route, near Once Brewed, there stands a lone tree in a part of the Wall called Sycamore Gap.  It was used in Robin Hood: Prince of Thieves (1991), and it was where Kevin Costner "walloped 12 of the sheriff's men" to save the boy Wulf. 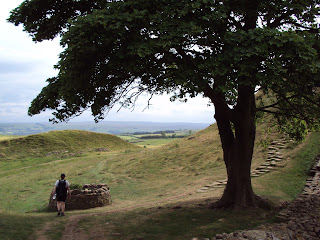 I work at a day job for ITV in the UK but that doesn't stop me enjoying dramas over on rival channels and one of my favourite TV shows on the BBC is Merlin (2008).  A few years ago, we began vacationing on the Continent, taking our car for an annual wine-run (not a booze-cruise, mind you!) over the Channel to visit our French neighbours.  In 2011, we landed in the Champagne region without a clue of what touristy things we might go out and about and do, but then spotted a sign for "Château de Pierrefonds" which we soon discovered was the castle where they film Merlin.  It was a must-do on the sightseeing list and so we spent a brilliant afternoon wandering around the chateau, taking in the views inside and out, and making sure we got lots of photos of the main courtyard and steps where a lot of the major scenes are filmed. 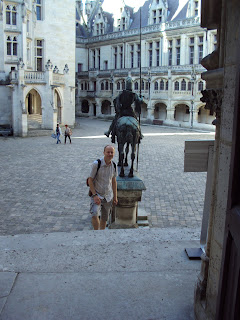 And then we come bang up to date in 2012 when we took our annual vacation out to the island of Kefalonia in Greece.  We were aware before going that the film of the book Captain Corelli's Mandolin (2001) had been set and filmed on the island, so on a couple of our days touring the place from our base in Sami, we sought out Argostoli and Myrtos Beach.  There's not much in the way of tourism linked to the film but if you've seen it before you go, you can conjure up the scenes against the amazing scenery as you explore...

So there you have it, my tenuous (maybe tedious) links to film and TV through my journeying - the point of me rambling on and retelling these travel tales is that in my creative writing I feel most inspired by stories from the silver and small screens, so throughout my daily comings and goings and even when I'm on holiday, I've always got my pocket notebook to hand, scribbling notes and seeking out movie moments to create my own memorable scenes that I hope one day will be remembered as "classics"...   To round off this this film-fantastic post, here's a second of my mini summer blockbuster clips for one of my short stories inspired by a true movie icon of the silver screen...