100 Days of Writing Halfway Update! “Houston we may have a problem…” 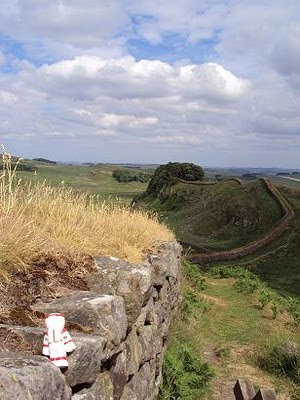 It's about time I posted a long overdue update on how my "100 Days of Writing" has been going, since I've recently passed Day 50 of this epic struggle between writer and blank page... What the heck am I going on about? Well, back in June this year, I embarked on a long-held personal promise to attempt to complete work on a long-planned novella called "Moon Crater: Adventures - Simulacrum" and "Tweet" about the whole affair via my Twitter account...

From the beginning and "Day 1", I set up certain rules (and, of course, along the way learned to bend them a bit!), such as not writing at weekends, but treating the writing as I do my day job, working at it 5 days a week, on weekday evenings. And while the first half century of days have been successful in at least getting me to regularly commit a set time each day to looking at, thinking about and regularly scribbling (and typing) away at Simulacrum, it's also had it's less successful elements. As I've mentioned before on the blog, from Day 1 of this 100 Days of writing, I began this routine in the midst of upheaveal in my daily working routine as I was made redundant from my day job of 10 years... Now, thankfully, I've actually got a new job (still in the field of TV, which I continue to enjoy and draw creative energy from), but adjusting to new working hours and a different daily routine has meant that the 100 days have on occasion taken a hit (I also forgot that I'd be on holiday for at least two periods during the 100 Days, thus some slightly obvious gaps inbetween my Tweets!)...

But there's been a lot of positive aspects to beginning this "honed" approach to making myself look at one particular story every day for 100 days (and of course documenting my progress on Twitter). So on some days where I haven't admittedly done any writing on Simulacrum, I've been researching into space-age technology, plot-mapping in our sunny garden, gaining inspiration from spacey-looking cats climbing trees and attempting to project the Dark Ages into outer space, I've nonetheless "thought" about Simulacrum for these first 50 days, and this to me is crucial. It's also a problem in that I haven't actually managed to write every day but I personally haven't ever spent so much time focusing on one particular s 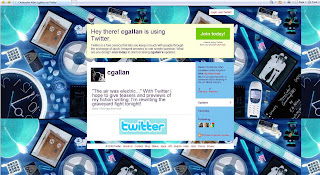 tory, and with any luck, this investment in "story-prep" will show once I add to the real writing of the narrative in Days 50 to 100.

So, what will be coming up in my "Tweet previews" in Day 50-plus? Well, I'm planning six weeks (yep, that's a whole summer-holiday worth, kids!) of specially themed Tweet weeks which will cast a special spotlight on the characters, genres, and real regions of space that Simulacrum is set in. As well as these, I'll be quoting the inspiring sci-fi authors, films and TV series that I have firmly in mind when writing the novella.

So the beginnng of this epic 100-day journey has begun well for me, but there have been problems along the way. I think the key thing is not to let the negative parts stop you from completing the course, so while so far this experience hasn't been as productive for me as the "Big Write-Up" experiment on my first novel I documented on this very blog a little whileago, the best laid plans of robots and Earthlings will keep on going until Day 100 when I'll report back on the completion of this whole saga...

To end off this midway post I'm embedding a video of a cut scene from another inspiring film series that actually ties in with the world of "Moon Crater: Adventures". I won't say anything else but I did "Tweet" a little more info on this creature during Days 1 to 50 over on my Twitter page if you want to get more hints of how something like this ties into my story:


p.s. this post also launches the 4th installment of the Zip Code Challenge - Mysterious Mars (if you're wondering what the heck "The Zip Code" is, go over to my Official Writing Homepage and click on a "weirdly worldly" desk top object, scroll down the page you arrive at and read on for more info... (Remember, each even-numbered Zip Code Challenge when solved gives you an "exclusive" insight into the "Moon Crater"TM universe and Challenge #4's is the best yet...) The Zip Code Challenge page of my main site has recently received a "facelift makeover" too, so enjoy adventuring across there, Special Agents - keep eagle-eyed and best of luck to you in your latest mission... 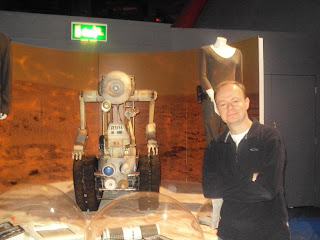 about writing memories New Stories sci-fi writing and the Web