What's within the within, within all of us? 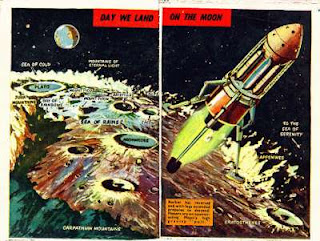 For quite a while now I've been really interested in my writing in the idea of "a story within a story" or the book within a book - the "Mise en Abyme" - where say the main narrative is influenced by, inspired by or parallelled to a secondary story told within the world of the same book or novel...


I'm not trying to be deliberately confusing, and I know I tend to get annoyingly cryptic when I try to talk about my plans for Moon Crater, but this idea of a "story within a story" is not new or radical by any means. Because I want to do something with this well-defined literary device in my own scribbles, I've been doing some research for a while now into how classic books of literature have used it too...

I have to say first off though, that probably every fiction book that's ever been written refers to some fictional work of literature by the time you get to the final page (a novel, a magazine, a church newsletter even), but what I'm more interested in is where a fictional book within a story directly and actually affects the path of the main novel and its characters. When I was young I remember seeing a film called The Last Starfighter in which a kid who's an ace player at an arcade game gets recruited into being a space pilot by aliens. The arcade game in a sense was the "book within a book" that I'm talking about. The fictional world within that arcade story came to life in very real terms for the kid, whose life was then in real danger for the rest of the film... (If you're in the UK, you can actually see this film on TV this Christmas season - it's on Channel 4, on Thursday the 4th January at 1:40pm)

There's lots of famous stories which I've only read about (not actually read) which use the "book within a book" device - The Book Of One Thousand And One Nights, The Canterbury Tales, Don Quixote and The Fall Of The House Of Usher - just in case you want to do some research yourself! But recently I read a couple of the more recent "classic" stories which I found used the "story within a story" in really interesting ways...

The first is Kit's Wilderness by David Almond. Almond is a writer I can't recommend enough - he's writing from the point of view of growing up in the Northeast of England, which is where I'm from, but even if he wasn't a fellow Tynesider, I'd enjoy his books, because he writes through real and heart-felt (but never schamltzy) eyes. Kit's story is set in winter, in a northern coal mining town. Kit experiences all that's uplifting about life and death over the course of the story, but it's about halfway through the book where my own imagination really ignited - Kit begins to write the story of Lak, a caveman who is trying to survive in a world of ice. From then on, most of the chapters begin with an extract of Lak's "adventures" and parallels are drawn between Lak's world and Kit's everyday life. It's really cleverly done and the story of Lak itself is brilliant as a stand-alone tale too. Almond is really careful too not to make the style of the narrative of Lak's story similar to his own in writing Kit's tale, so that you do believe that Kit actually wrote this rather than the ominpotent author outside of the world of the book, who is Almond himself.

In Kit's Wilderness, as can and does happen with the "book within a book" device, realities often blurr in Kit's mind at different stages about who Lak is to himself, and this sort of idea brings me round to the other story I wanted to mention in relation to this - it's a short story, not a novel, called Umney's Last Case by Stephen King. I personally think King is a better writer when he's not doing pure horror (but of course, he's famous for just that) - look at the Rita Hayworth & Shawshank Redemption or The Body (Film: Stand By Me) - and Umney's Last Case really shows his skills as a cracking storyteller rather than just a great writer of scary tales. Without totally ruining the story for you (I'd really recommend reading it for yourselves), it's based around a detective novelist from the 1930s who one day is able to escape into the world of his own characters by writing himself into his hard-boiled stories. Realities mix until neither are sure which is real and which isn't, and then, Umney, the detective character created by the writer decides enough is enough...

This short story has actually been turned into a TV episode of Stephen King's Nightmares and Dreamscapes (again, if you're in the UK, it's on Five US, if you have Freeview, on Monday, 1st January at 9pm) - still, though, reading the original story is well worth it too! So, OK, how does all of this relate to my own writing? Well, with Moon Crater as I've stressed a few times before, I really want to set it in the "real" world - I just think readers will obviously find it more believable and also be able to identify more with the characters - so I wouldn't really follow the idea of fantastical shifts in dimensions (like in Umney's Last Case), where my characters could be pulled into a book within the book - but, of course, that doesn't mean they can't be sucked into an inner story within their own minds and imaginations...

Well, that's about all I have to say about that for now, really... But it would be really remiss of me to not leave on a note of season's salutations, since Christmas Day is only a couple of days away. So from myself, the characters in my stories, Twig and the penguins (who finished early yesterday for their winter hols) and of course Ned the Gnome, have a peaceful Christmas time and we hope you get wrapped up inside the real "story within the story" of modern Christmas as you celebrate with friends and family alike... See you here around the turn of the New Year with a 2006 review and a preview of what's to come in 2007 in the hunt for the Missing Reel... 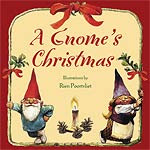 A new year will see a new dawn as mysteries begin to unfold at:
http://www.findthemissingreel.com/
film memories on other writers