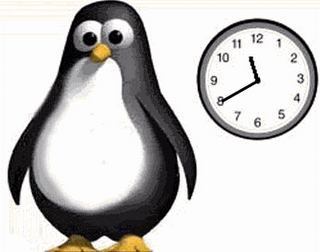 While the busy penguins chisel and chip away at their final masterpiece over at my official website, I have a progress report/update type thingy in that the homepage is now in full colour! The veil of the "night-vision" look to the holding page has been lifted and now you can see how the final site will look when you first hit onto the page. There's even new wording on there too, which will lead into the "unlocking" of the first page at some point next week - an introduction by moi (me, for those of you who don't speak Ancient Bottaian or some other Orionate language). Anyway, I'm pleased with Twig's achievements so far, he's leading his team of tuxedoed bird friends well, and we're on schedule for an end of July launch of the site proper... (Go to www.findthemissingreel.com to see what I'm on about!)


To keep your whistles wet and make sure you're kept entertained during this development stage, I've uploaded a new story to one of my other story blogs at:

It's is a story that some of you may have read before, as it's already been e-published elsewhere online. But that original site is soon to be dismantled, so I thought I'd preserve the story of George in the jungle for posterity.

Also, more exciting story news is that I've launched a brand new story blog site for some other writing which I'm vaguely referring to as "English adventures" or "A Very English Adventurer":

Basically, each adventure or mystery story e-published there will be one in which I have written a distinctly English feature, setting or character (even if as with the first story on there, the hero is from America!). With my writing, I ultimately want, and won't be able to help, reflecting my own background which is British, and more pointedly English (and Northern English to be precise). I suppose this is me, standing up and saying "I'm Spartacus" or something... By that I don't mean I'm any sort of barmy nationalist - I'm just proud of my family history and connections to England and Newcastle in particular, and throughout all of my stories past, present and future, they permeate my writing voice.

Well, as if I hadn't given you enough links to keep you amused until next week, I thought I'd just plug one last thing (that for once isn't my own) - it's a site which my friend Damo worked on a few years back which continued the story of a fine sci-fi show that was prematurely cancelled after only it's first season. The show was Dark Skies - anyone remember it? Anyway, Damo and a few other talented scriptwriters got together and wrote an unofficial sequel to that series. So until next week at the same... Bat time, same... Bat channel, enjoy this wonderful creation:

http://web.archive.org/web/20031208013019/darkskies-destinies.hypermart.net/letter.html
about writing New Stories on other writers writing and the Web