# "Due to a construct in my mind that makes their falling and their flight symbolic of my entire existence..." # - John McRea (Cake) 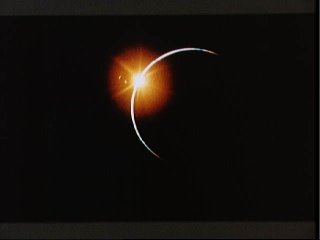 Rolling ever onwards (and hopefully upwards) I've gone blogging mad since I set up my second blog to put some of my other children's stories onto the internet a few days ago.

I've now got four other blogs apart from this main "writers journal". This isn't out of any sort of narcissism (Oh, OK, maybe a tiny bit) but more so that I can actually take out those "early stories of CGAllan" from the bottom draw of my desk, shake the dust off them and at least get them read by as wide an audience as possible. And at the very least, if I'm lucky enough to get Moon Crater published in the near future, readers will be able to see where I'm coming from, and how my ideas and themes were formed when I first practised my art with these formative tales...


Looking back over those first stories from the past ten years, I realised they basically fell into four main categories (hence the four new blogs) and so I've created the new sites based on these rough divisions:

2. "Chucklesome Poetry" - children's humourous rhymes and poems for "children" of all ages - http://rhymewitheveryline.blogspot.com/

3. "Least Likely to win the Booker..." - my attempts at being the next big literary giant (not) , with more grown-up stories and themes, but kids may like them too - http://tryingtobeliterary.blogspot.com/

4. "rimor insolitus novus universitas" - very grown-up (at least I think so!) science fiction stories with quite dark tones and subjects - nothing too horrific but maybe not the best reads for kids though - http://explorestrangenewworlds.blogspot.com/

So there you have them - for your delectable reading enjoyment, my new short story blogs. I'll try to put comments onto them along with each tale like like I did with the first Kittiwake story, and also as I write new adventures with the characters from them (which I very much intend to do...) I'll post them up there as well.

Anyways, though, just to recap - THIS blog site is my main writing blog where all new news of me will be put up, but these other four sites should hopefully provide at least entertaining distractions from my boring journal blogs here from time to time...
about writing New Stories writing and the Web