# "Adjectives on the typewriter, he moves his words like a prizefighter, The frenzied pace of the mind inside the cell" # - John Mcrea (Cake) 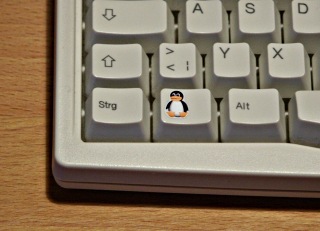 My dad's a fantastic photographer. He's been taking wedding photographs for about 20 years now on and off, as a hobby and professionally, and I admire the talent and keen eye he's been given to create such beautiful compostitions on film.

This comes to mind because this morning I spent about two hours trying to get a photograph taken with my digital camera which will act as the basis for the homepage of my writing website - www.findthemissingreel.com - two hours for one photograph! Well, it was actually about half a dozen photos just to get the one that I was finally happy with. The idea isn't original, really - I've seen it done on quite a few websites, but I've adapted it to suit my own needs and story content. Basically, without giving too much away, there'll be a scene of a desk with various mysterious objects on it - each will eventually be clickable (one object will be unlocked at a time, perhaps every month or so) and will reveal another piece to the jigsaw of Moon Crater as I draw closer to sending it off to agents, and/or publishers. (I hope they want to publish it after all this work - at any rate, it's all a learning curve, so we'll just have to wait and see...) So the website overall is intended almost to be like a "trailer" (I like film jargon, by the way) to the main feature, which is, of course, the novel.


I've sent the pic to Twig today over at www.penguinlabs.co.uk (mind you get the .co.uk right - it's NOT .com) and he's gonna get his tuxedoed birds onto working their magic for the launch of the redesigned site in the next few weeks... Twig's had some brilliant brainstorms of how to animate and bring the objects alive, so to speak, on the desk top homepage so I'm really excited to see how the site expands and develops under our dual-designship over the coming year... There'll hopefully be games and puzzles all tied in with Moon Crater as well as sneak previews to the story itself and the characters who inhabit its world.
I'm about a third of the way through writing the novel so I'm not gonna get too sidetracked with the website - the emphasis is always going to be on the writing, but I'm really interested in how illustrations complement and bring out the imagery painted by the words on the page, so the website is an extention of this in a lot of ways. Plus, of course, it's a way of advertising the fact that I've got a manuscript that I would like to be seen by agents and publishers, so for my "portfolio" as a writer, it should only add to the whole package of CGAllan as a marketable 'product', really... Money isn't the main aim, of course - as I say in my intro above, I've always felt compelled to write, and I get immense pleasure and satisfaction from the stories I create, but if I'm going to make a living as a writer in the future (dreams of full-time coffee breaks...) I've got to think in business-man terms as well, I suppose.
With that in mind, then, I intend to do some future posts about my research into finding an agent and a publisher for Moon Crater so that anyone else who's reading my blog and wants to write (not only for the children's market) might gain some insight or starting points for themselves. It's been 10 years since I started writing stories seriously, about 7 years since the idea for Moon Crater first came to me, tapped me on the shoulder and whispered in my ear, "Write me", and it's about a month since I started this blog and began planning the website, but the journey is still as fresh and exhilerating as ever... There's probably only one thing left that I can say here, and that's, stay tuned because the search for the Missing Reel will begin soon...
about writing memories writing and the Web